On the concept of Commander of the Army, with the supervision and guidance of Major General H J Senevirathna RWP RSP ndu Commander Security Forces (West), troops of SFHQ (West) commenced sowing paddy in Panaluwa,Thunnana area with a simple ceremony on Tuesday (12) May 2020.

The land extends for almost 4 acres owned by the Army in order to sow paddy varieties.

The day’s programme was Organized and coordinated by the SFHQ (West). 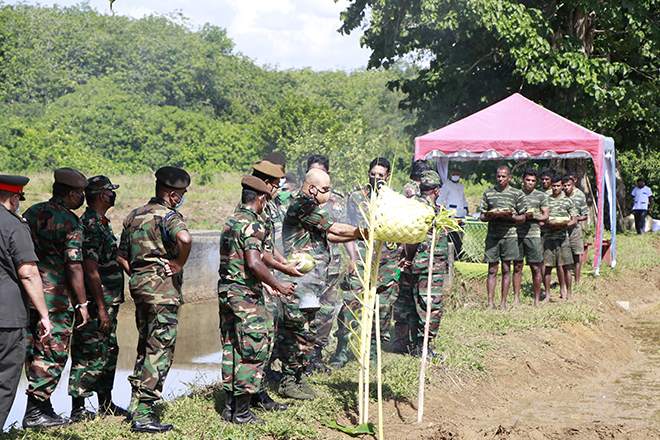 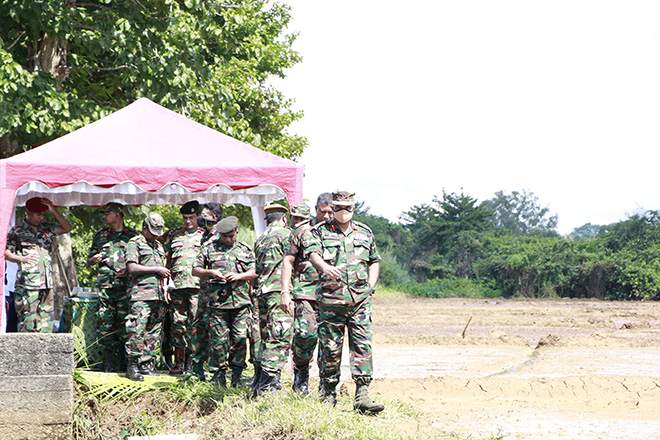 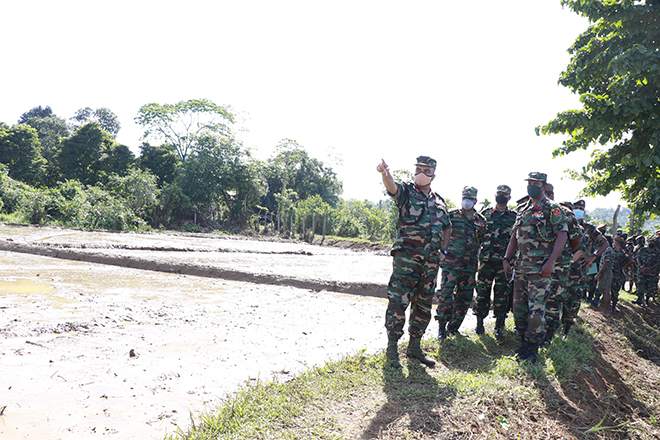 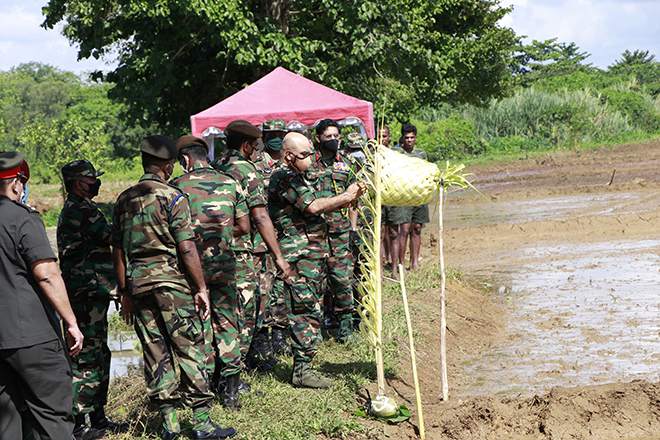 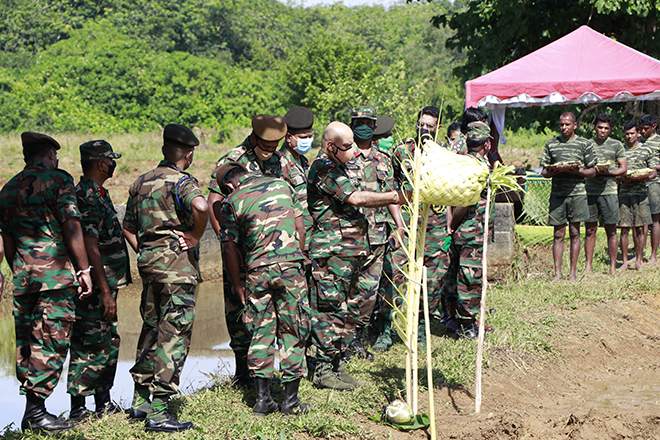 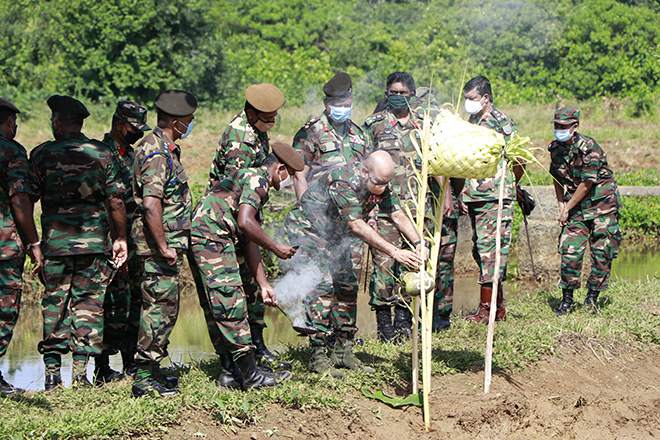 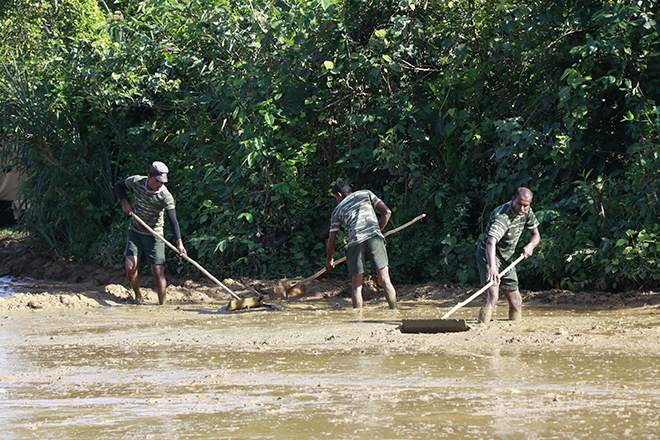 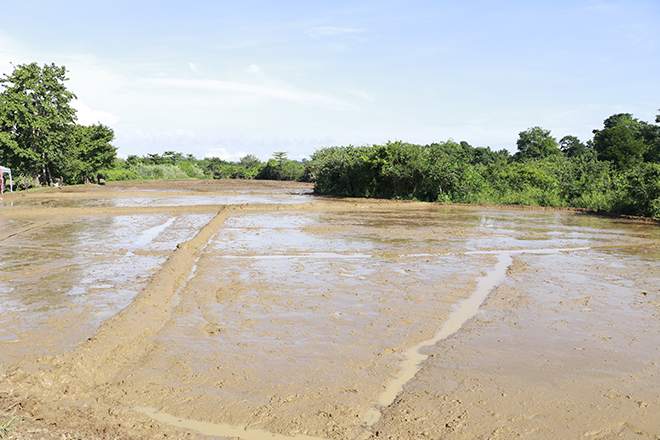 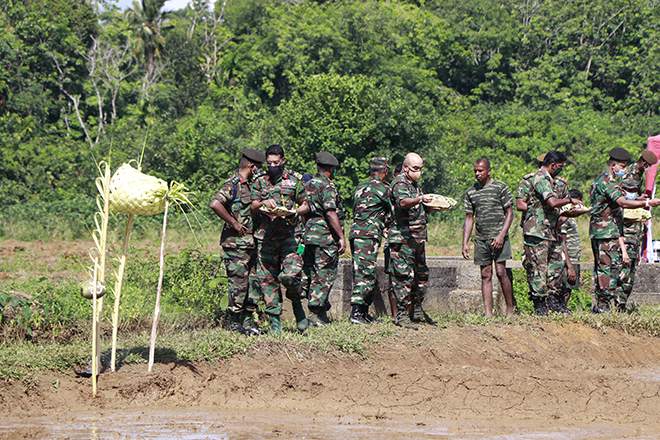 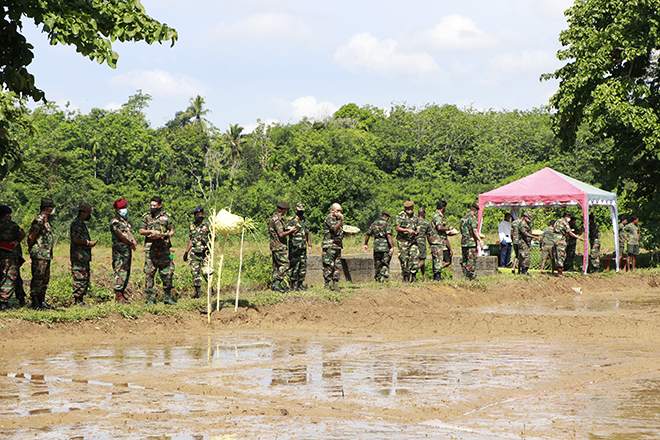 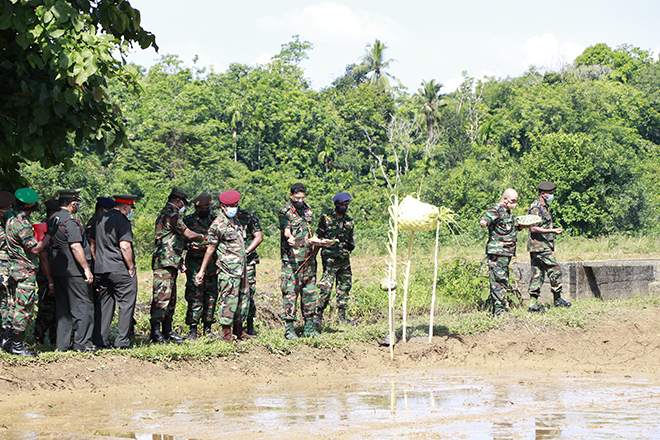 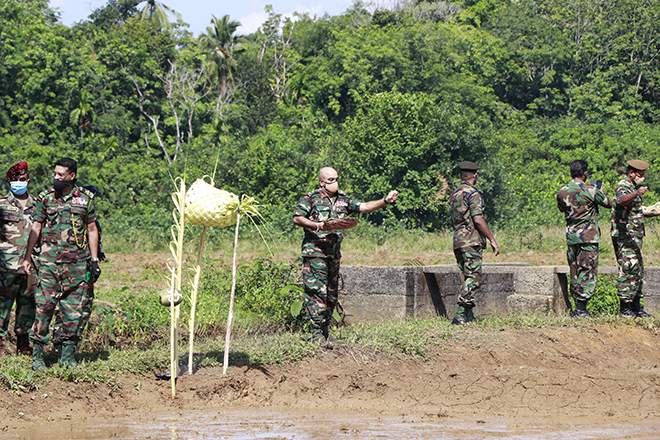 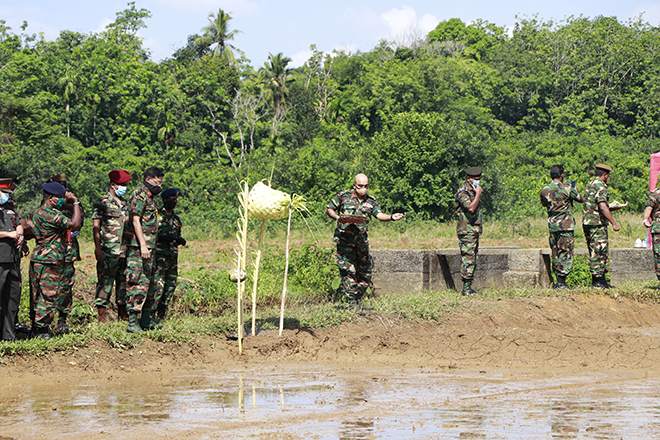 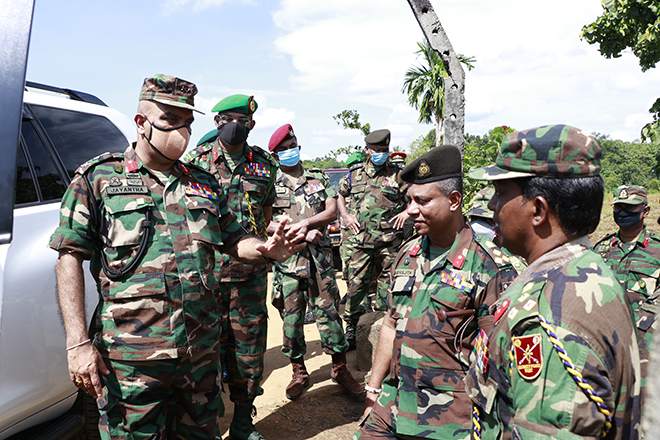