A Guard Turn Out and a Guard of Honour offered by troops of Sri Lanka Sinha Regiment in keeping with military traditions, saluted the out-going Commander Security Force (West) Major General Jayantha Seneviratne at the Security Force Headquarters (West) – Panagoda on 02 September 2020.

The General Officer Commandings of 14 Division and 61 Division, Brigade Commanders of under Command Brigades, Directors of the Directorates and Centre Commandants of the RHQs located in the Cantonment , Commanding Officers of affiliated Bns and other under command units, Officers and Other Ranks of the SFHQ (West) were present at the ceremony.

Afterwards, out-going Commander addressed the troops and thanked all for the generous assistance and support extended to him to perform tasks during his tenure as the Comd SF (West). Subsequently, the out-going Commander participated for all Rank Tea and interacted with Officers and Other Ranks. 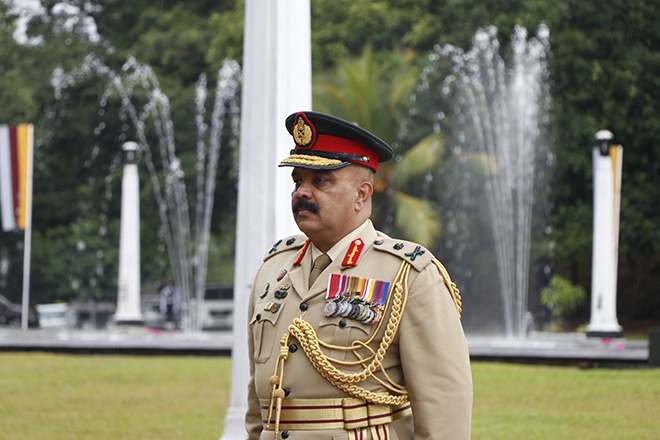 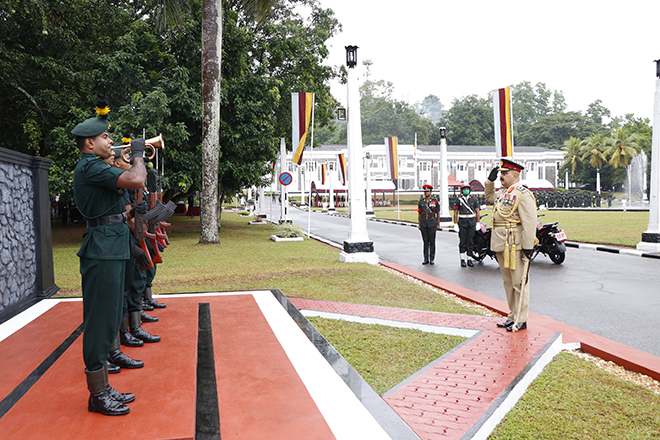 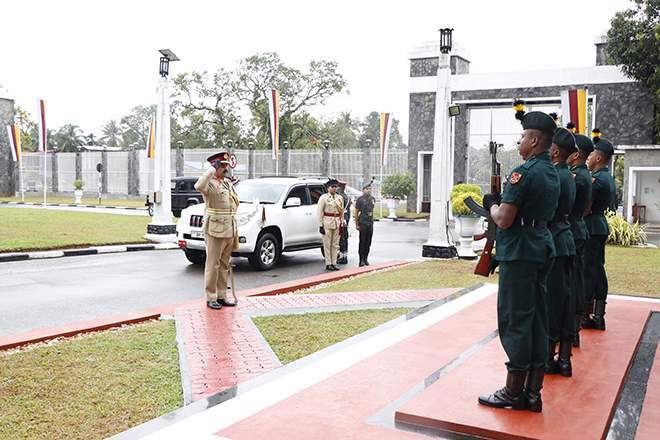 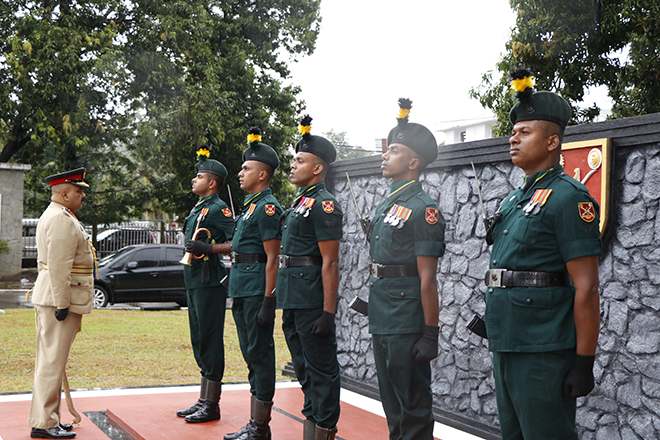 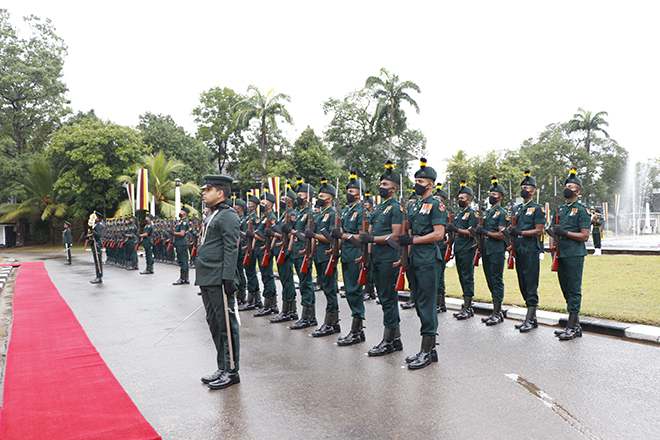 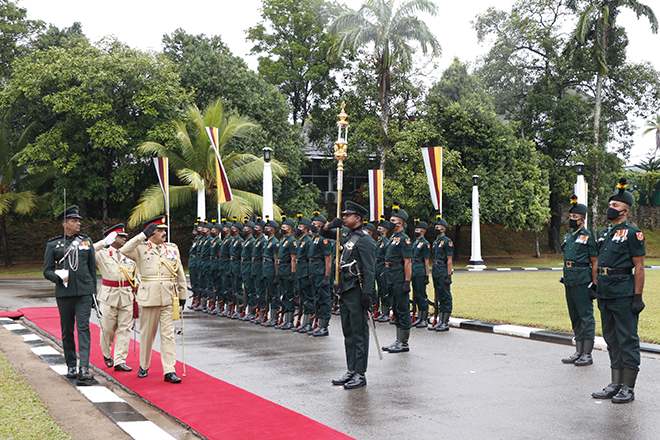 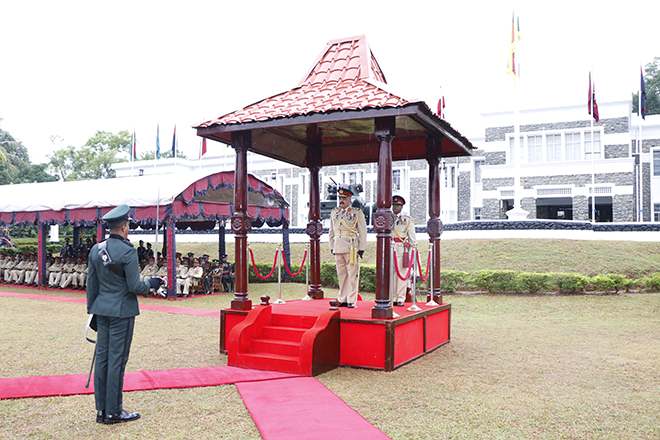 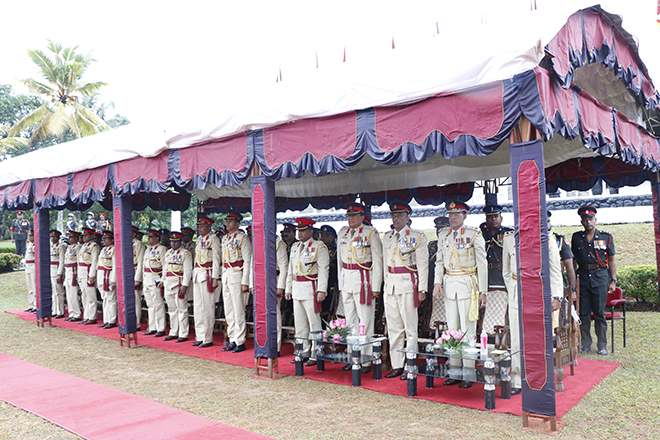 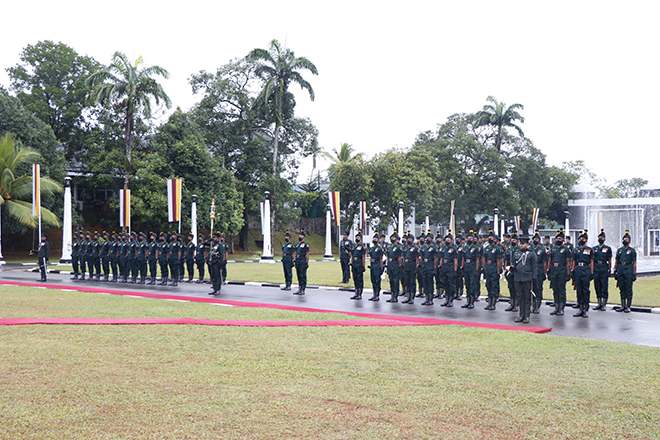 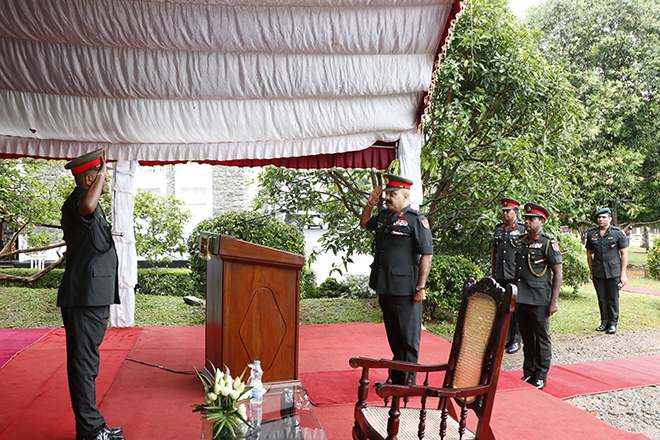 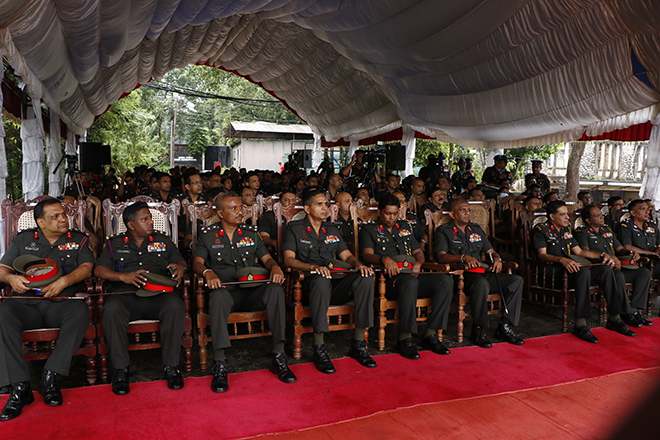 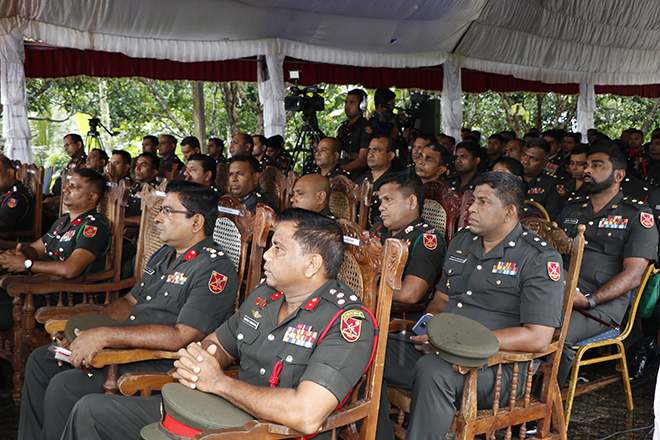 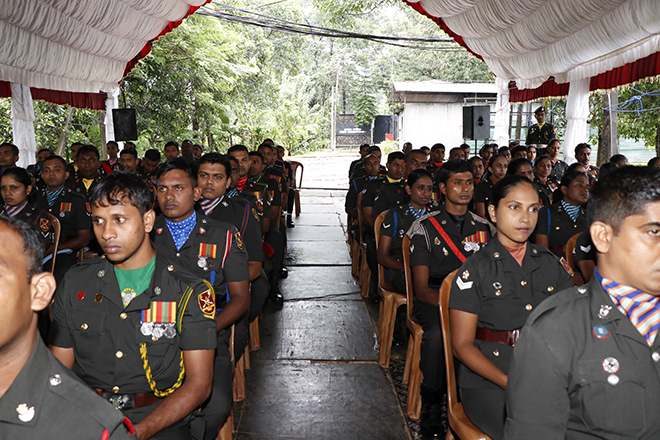 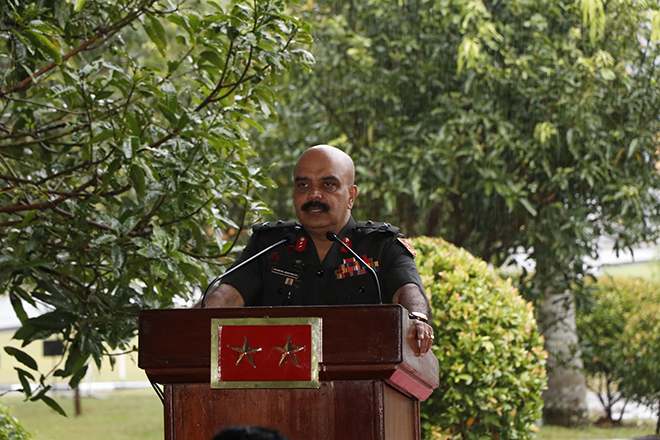 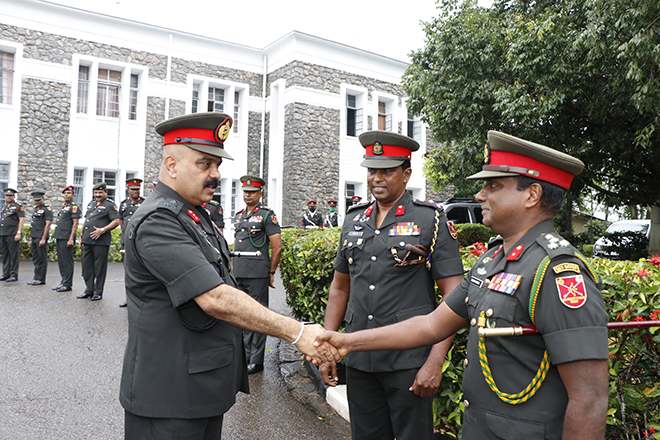