The new Security Forces Commander (West) was awarded with a Guard Turnout and a Guard of Honour soon after his arrival in the premises in accordance with military traditions. After the formal military honours, Major General B V D P Abeynayake USP ndu auspiciously took over duties as the 08th Commander of Security Forces (West) amid the religious observances.

The new commander addressed the troops and subsequently planted a sapling in front of the Main Office Complex to mark the assumption of duties and then joined an all ranks tea.

Then, the Commander SF - West participated for all rank tea with Officers and Other ranks.

The General Officer Commanding of 14 Division, Brigade Commanders of under Command Brigades, Directors of the Directorates and Centre Commandants of the RHQs located in the Cantonment, Commanding Officers of under command and affiliated Bns, Officers and Other Ranks of the SFHQ (West) were present at the ceremony. 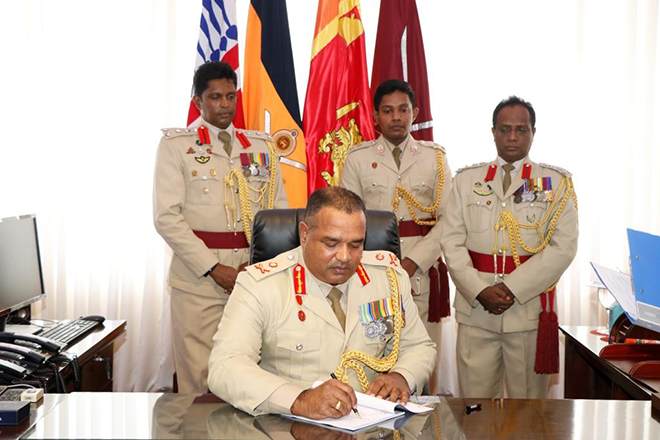 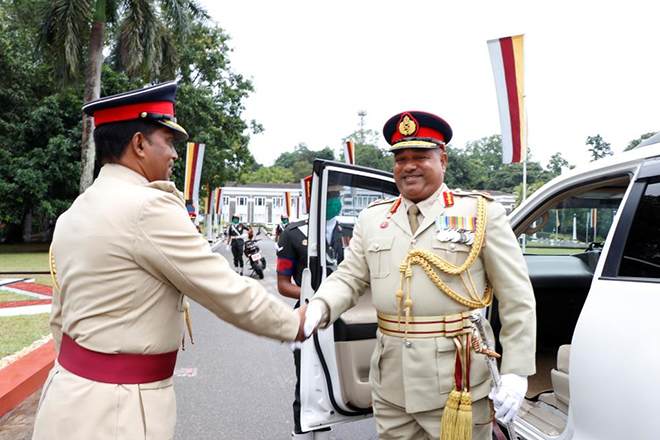 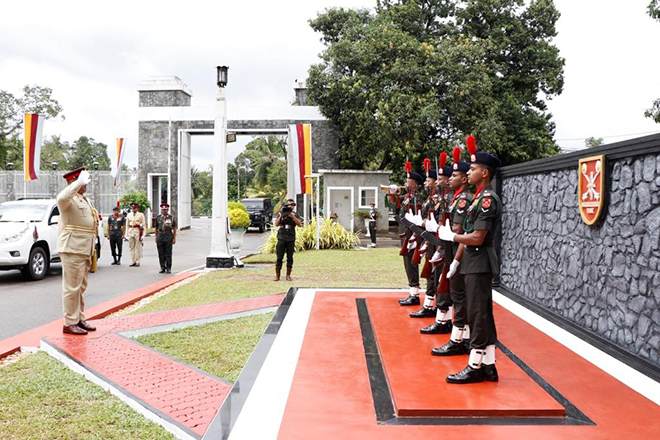 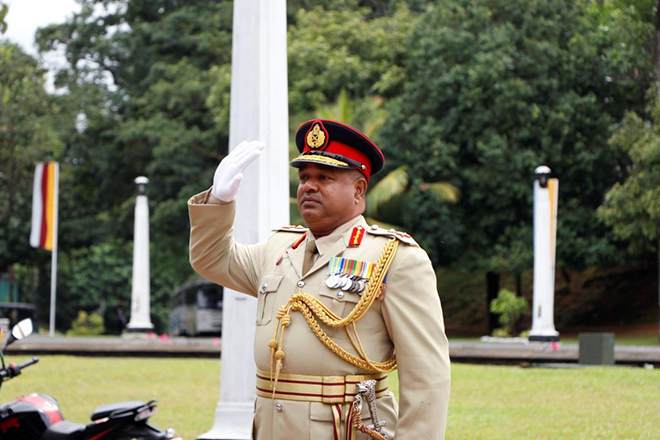 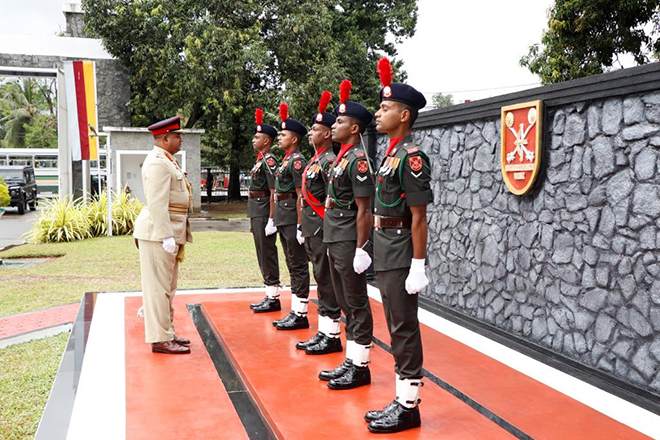 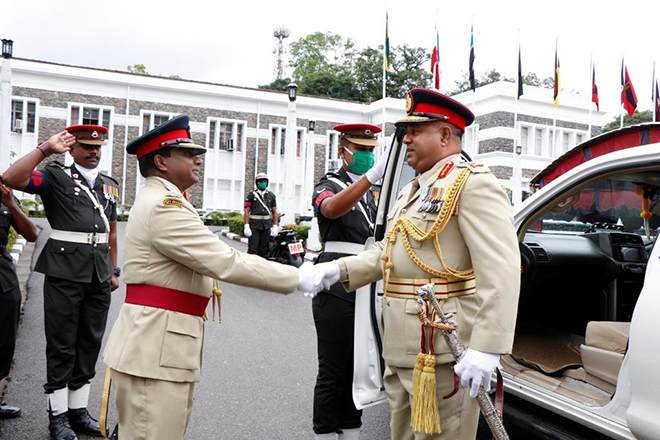 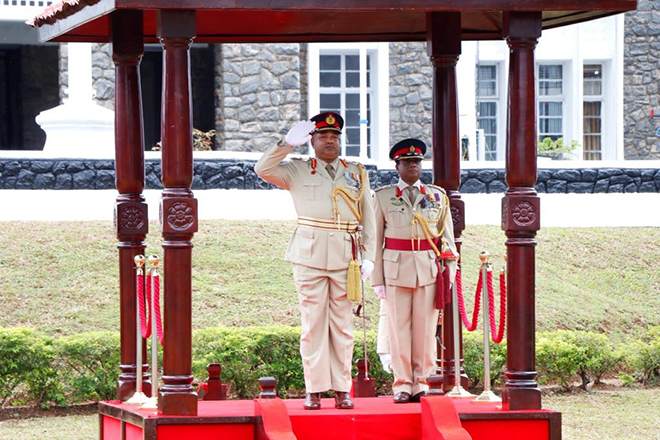 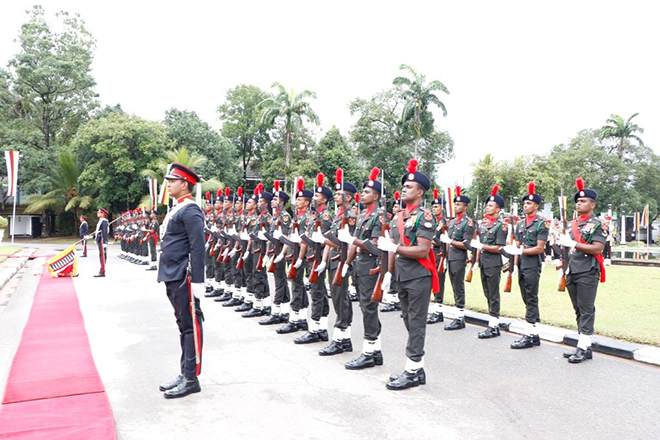 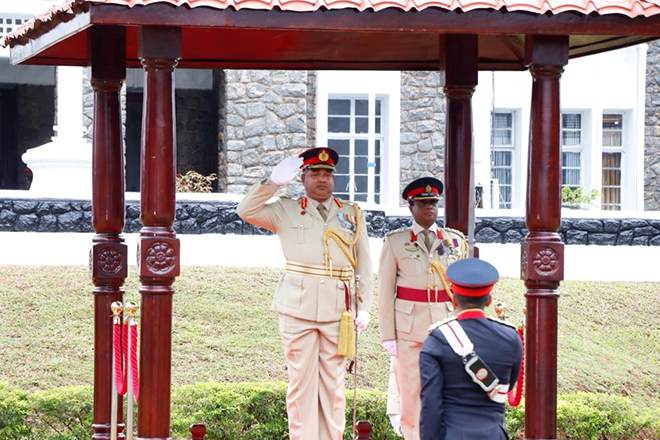 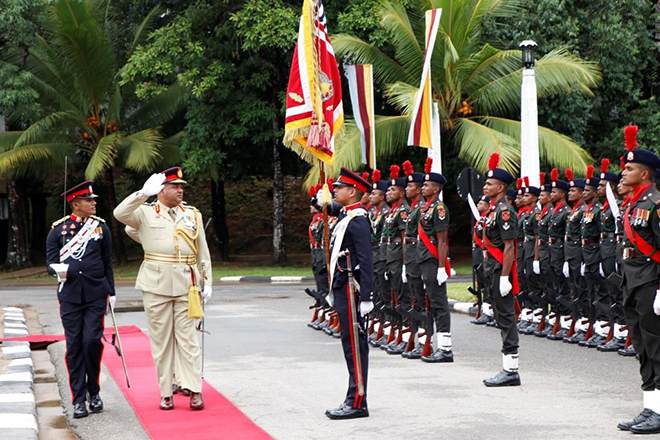 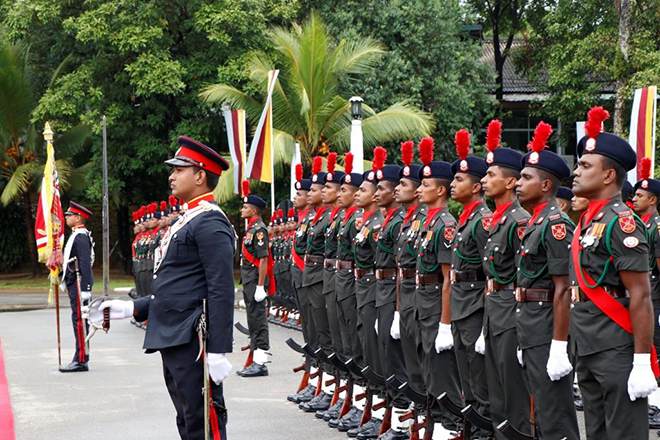 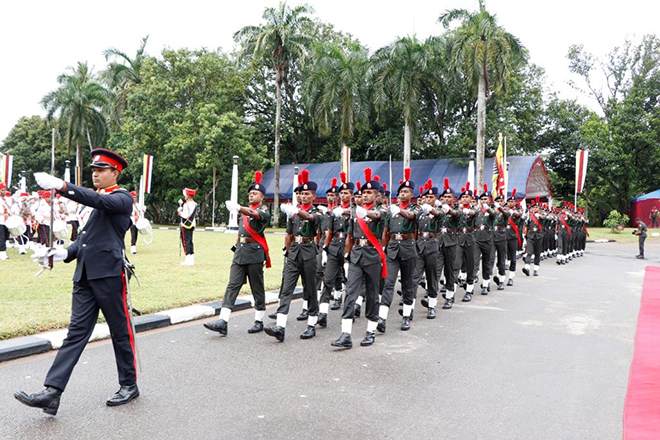 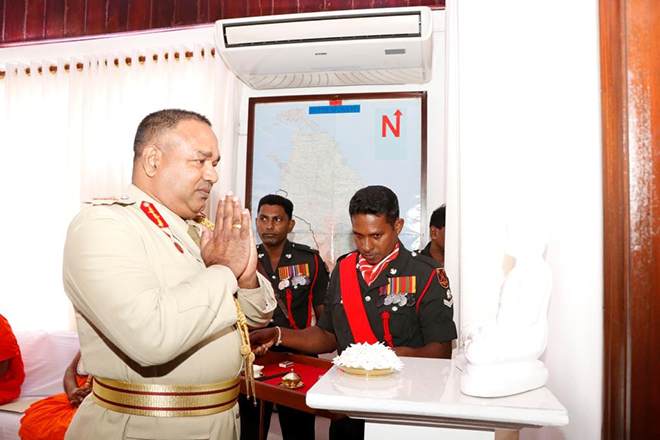 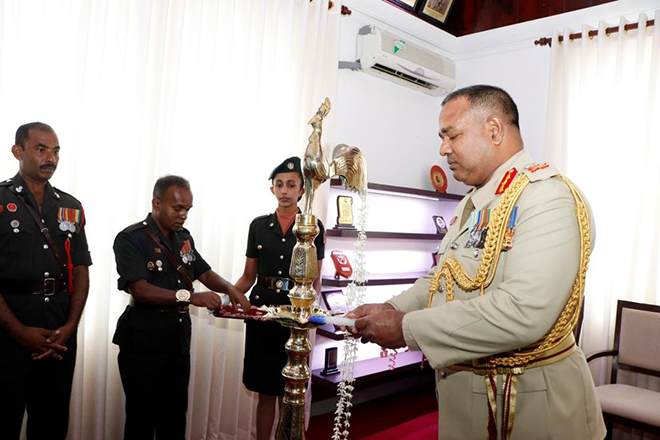 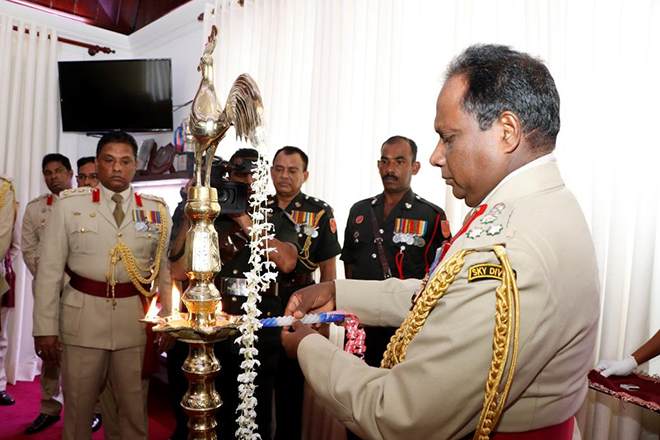 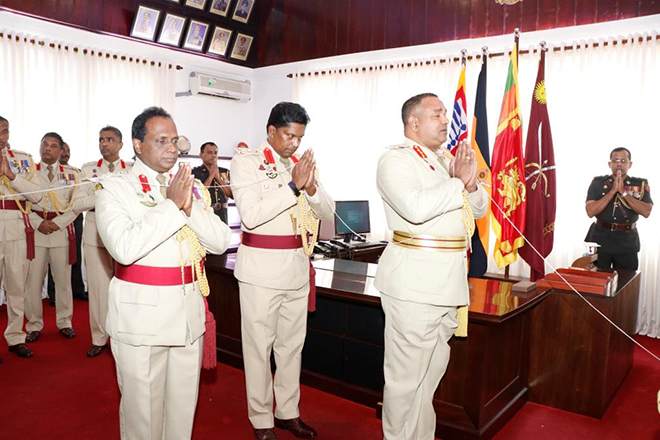 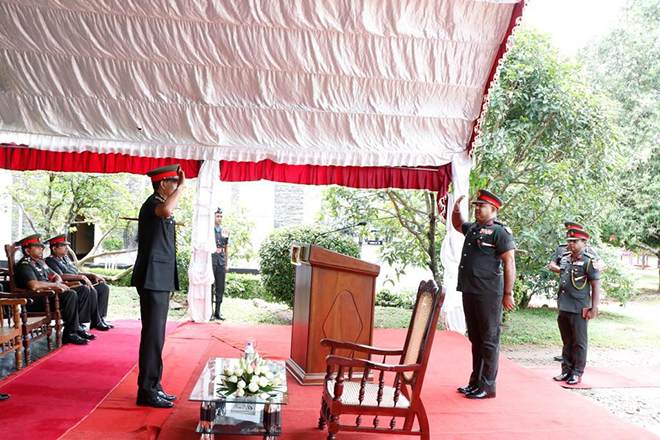 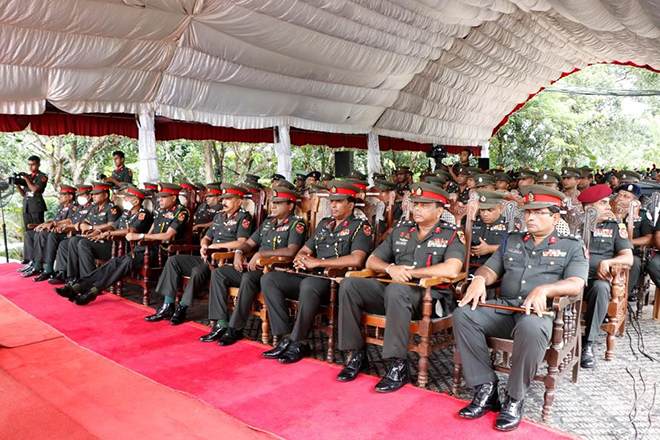 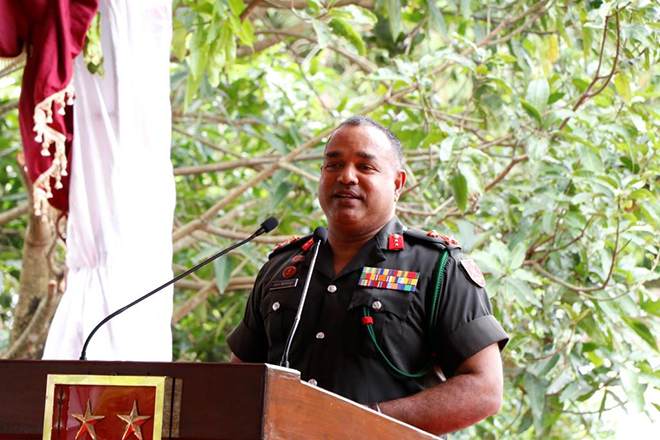