The newly appointed Commander 61 Division was warmly welcomed by Brigade Commanders, Staff Officers and honoured in a Guard Turnout and Guard of honour presented by the troops of the 14 (V) GW Gemunu Watch. Afterwards, Major General Sanjaya Wanasinghe placed his signature in an official document to mark his assumption of duties, amidst chanting of 'Seth Pirith' in the presence of Senior Officers.

Then, he addressed ll rankers in the Division Headquarters and set out his scope of work. Later on, he was invited for a group Photograph and plant a sapling as a gesture of memory.

Towards the end of day's proceedings, an all ranks tea got underway. Brigade Commanders, Commanding Officers, Divisional Staff Officers and other Ranks were associated with the occasion. 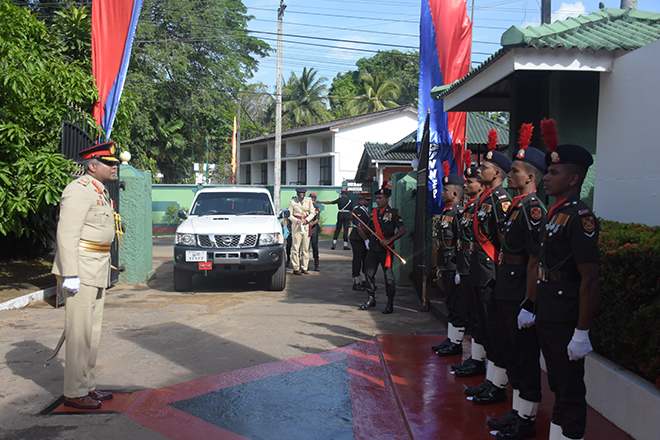 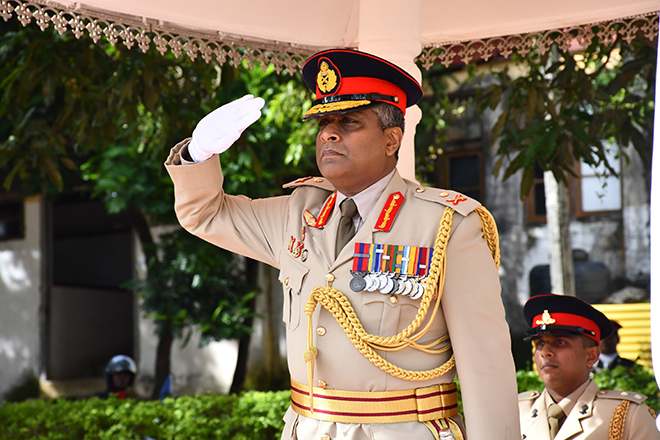 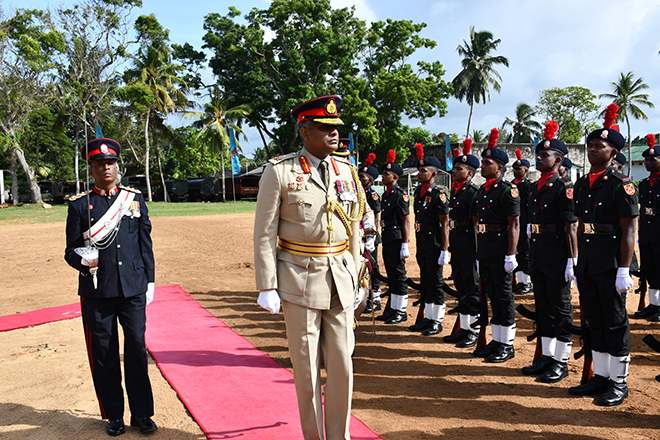 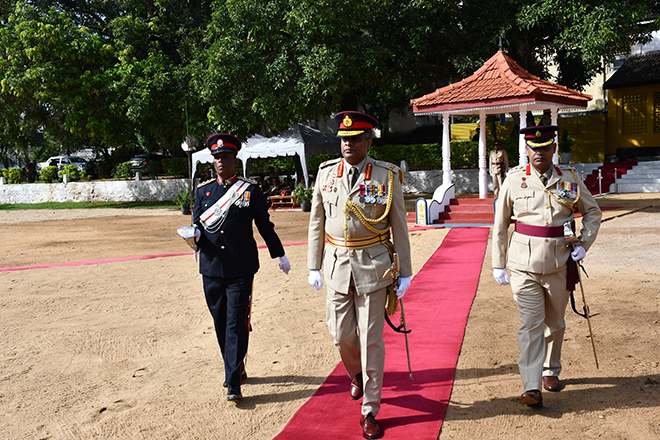 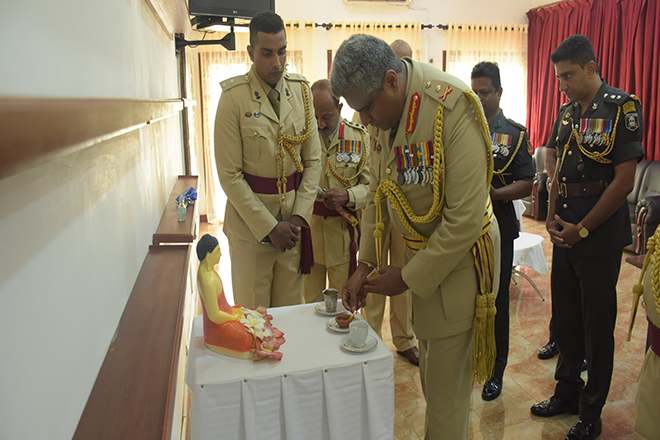 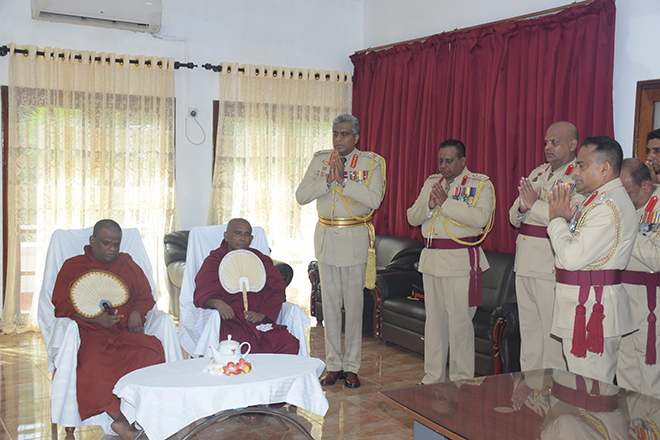 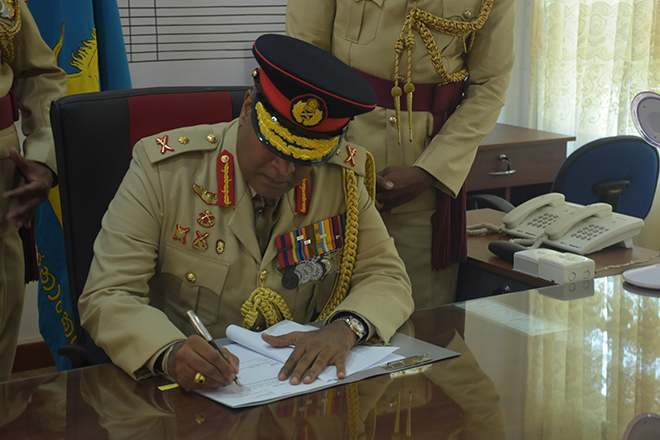 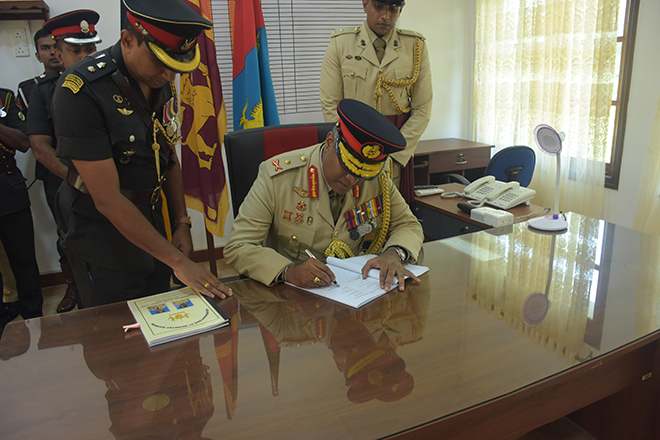 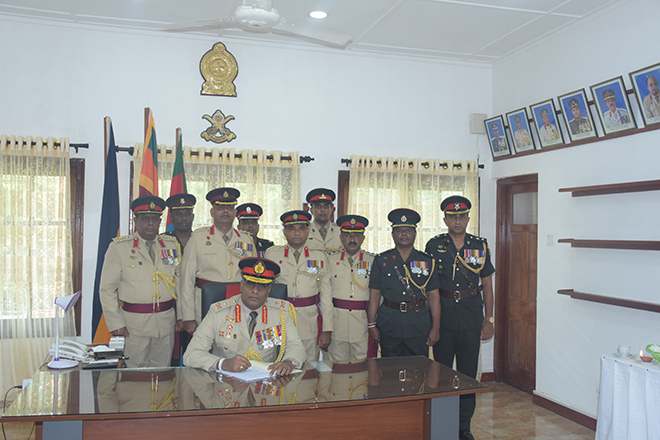 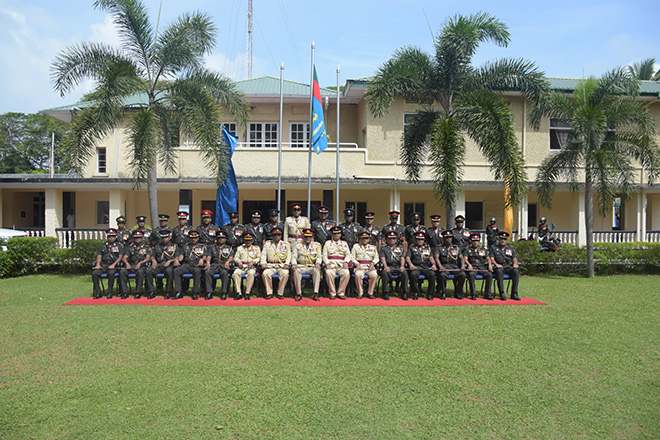 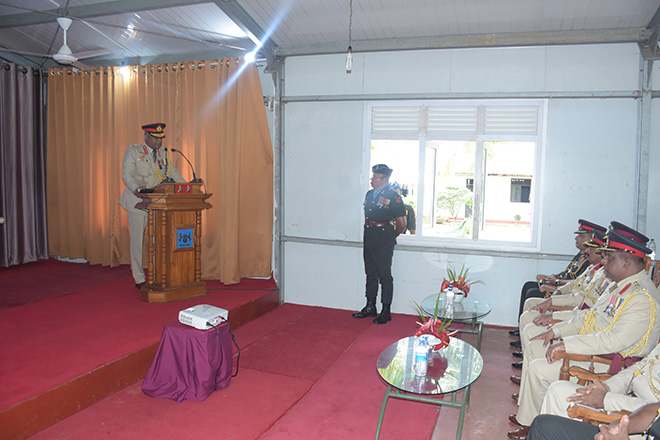 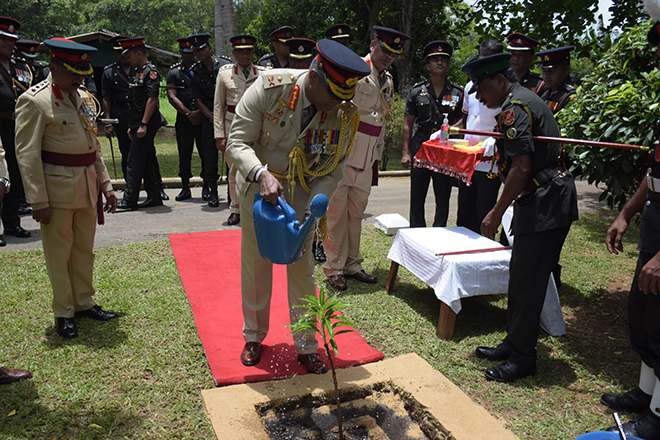