Newly recruited Commandos of the Sri Lanka Army (SLA) was adorned with their prestigious insignia and 'Maroon berets' at Uva Kudaoya Commando Regiment Training School (CRTS) on 26 November 2022 during the passing-out parade graced by the Commander of the Army, Lieutenant General HLVM Liyanage RWP RSP ndu as the Chief Guest.

The batch includes 6 Officers and 366 other ranks with their sustained and exceptional training for over 18 months and they were specialized in amphibious landings, parachuting or abseiling and in taking unconventional high-value targets.

Colonel of the Regiment along with the Major General Krishantha Gnanaratne warmly received the Chief Guest who afterwards reviewed the parade and received the salute presented by the passing out commandos.

Parents and next of kin of passing out Commandos pinned prestigious Commando insignia on those brave sons and afterwards, the graduated were awarded the uniquely-suited 'Maroon Berets', symbolic of the particular identity, authority and full-fledged professionalism.

'Maroon Berets' signifies that the soldier wearing it belongs to an elite strategic force, designed to perform special operations in nature at a strategic level, to protect the constitutional order of Sri Lanka in both the

wartime and the peacetime while carrying out air, land or water-based specialized operations which most of them are highly and unfailingly classified.

As most emotional event of the POP is pinning of the Commando Badges by parents and next of kin of the graduates. As the most significant event of the day, Maroon berate was awarded by Lieutenant General Vikum Liyanage, Commander of the Army to the passing out parade together with senior most commando officers, Major General Krishantha Gnanaratne, Colonel of Regiment, Major General Shanaka Rathnayake, Officer Commanding of 53 Infantry Division, and Brigadier Vijitha Hettiararchchi, Commander Commando Brigade and Brigadier Kamal Dharmawardena, Commandant Regimental Centre Commando Regiment to those Officers and Other Ranks as symbols of their proud and prestigious identity.

During the presentation of trophies and certificates, the Award for the Best Commando presented to 2/Lt M S Isuranga and the Best Shooter of the 18-month-long Commando training course was presented to Pte Kumara H M L S while the Best Physical Award was awarded to Pte Karunanayaka M I by the Chief Guest.

Towards the final episode of the day's event, live spectacles of Commando soldiers' combat skills and special entertaining features which largely focused on their accumulated untiring strength, military skills and fighting capabilities of unprecedented nature thrilled the attendees with live target-taking of the Commando Snipers, Face to Face Firing, Dog Shows, Hostage Rescue and Counter Terrorism shows, and finally the colourful parachute display done by Commando skydivers. Commandos they declare that the First Ever Live Firing Demonstration was conducted from a Floating Firing Platform and sniped at a moving target in the Sri Lanka Army's history.

During the speech the Commander of the Army valued the correct decision of the parents of those graduates and profusely thanked them for a noble decision taken at the right moment. He also paid a special tribute to the Colonel of the Regiment, Commando Regiment, Brigade Commander, Centre Commandant, Commandant CRTS and all instructors for their contribution towards grooming of those special soldiers on behalf of the motherland.

Invitees, Veterans, Senior Officers in tri forces, Officers and a gathering of Other Ranks were present at the day's Passing Out Parade. 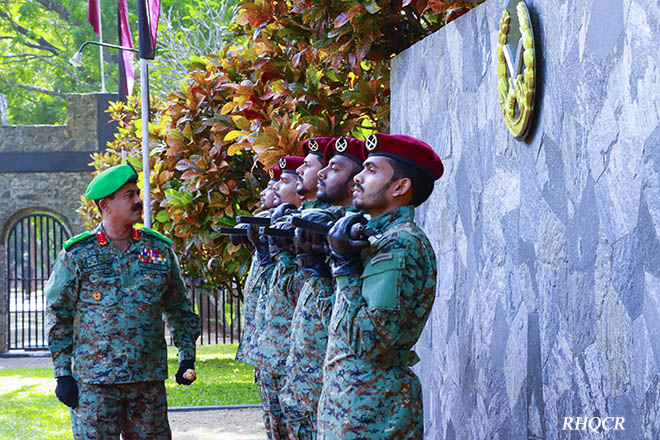 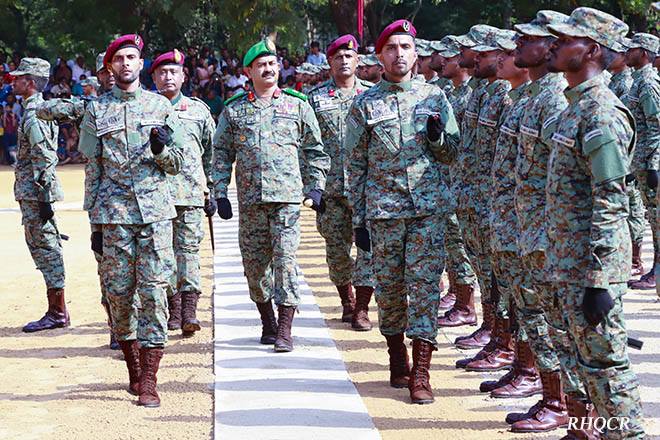 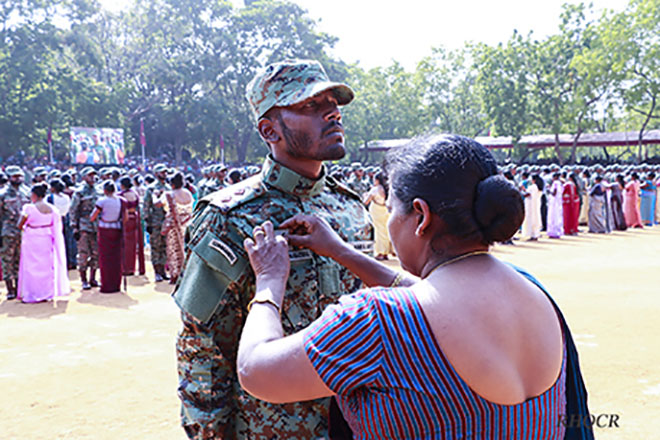 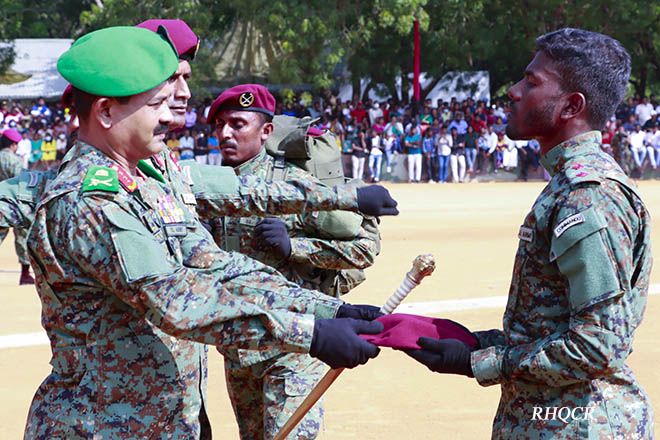 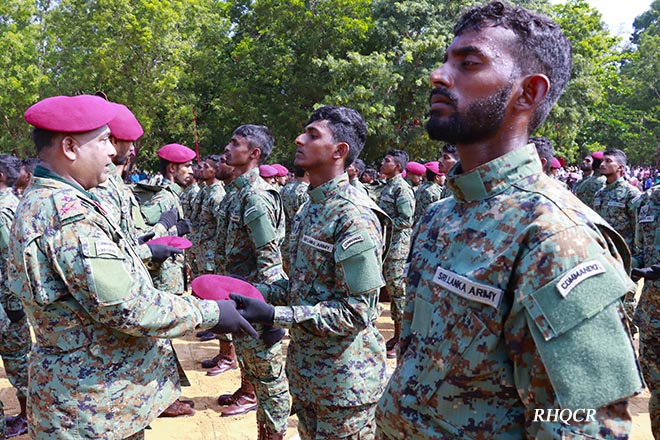 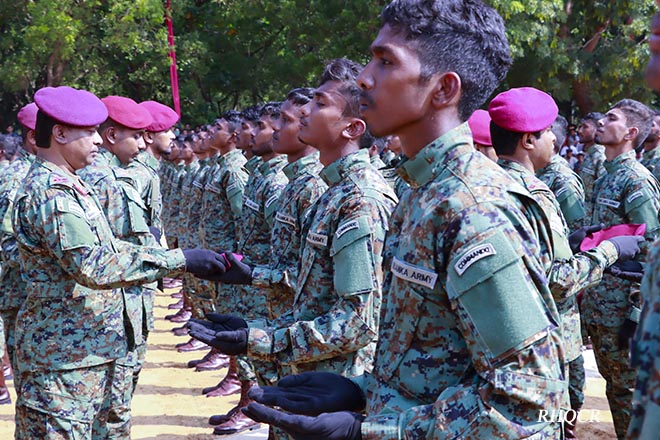 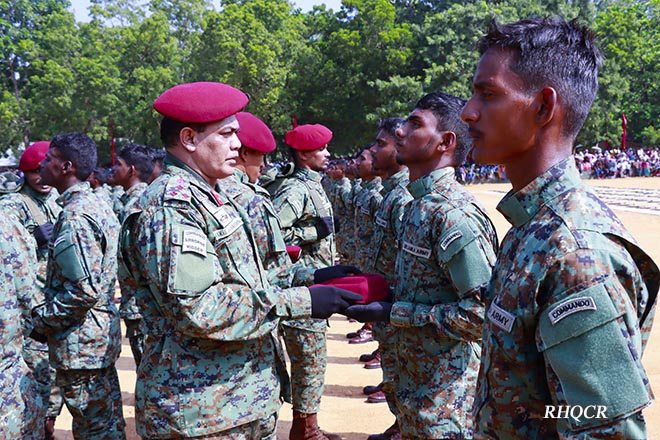 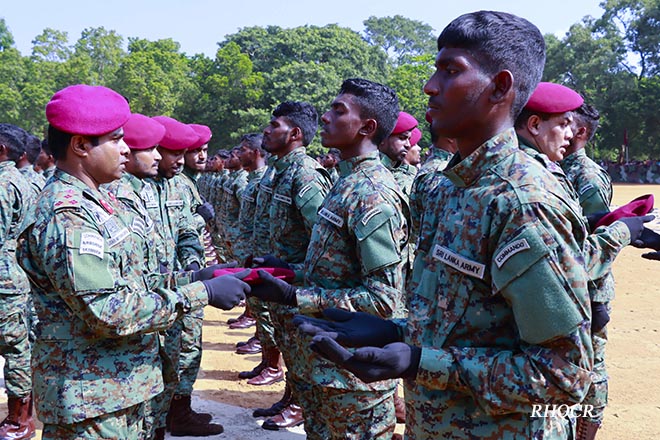 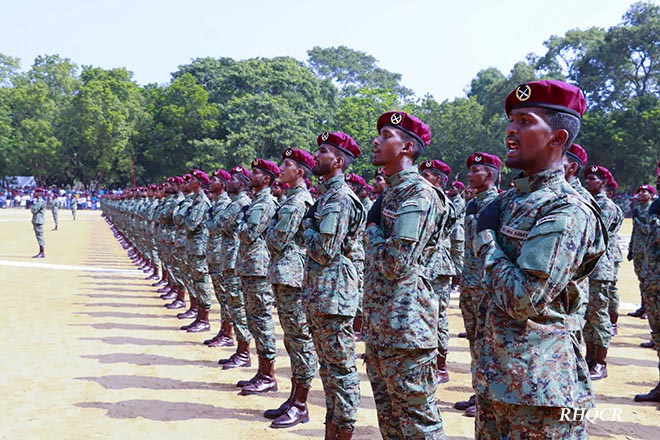 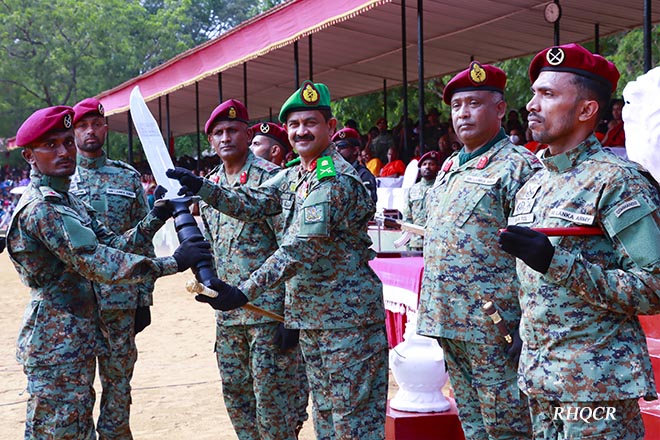 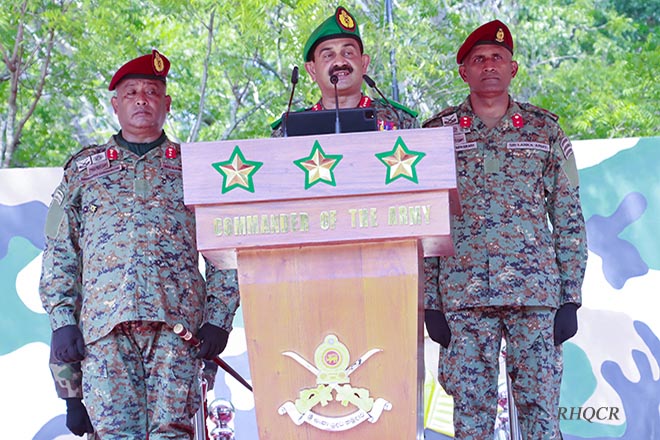 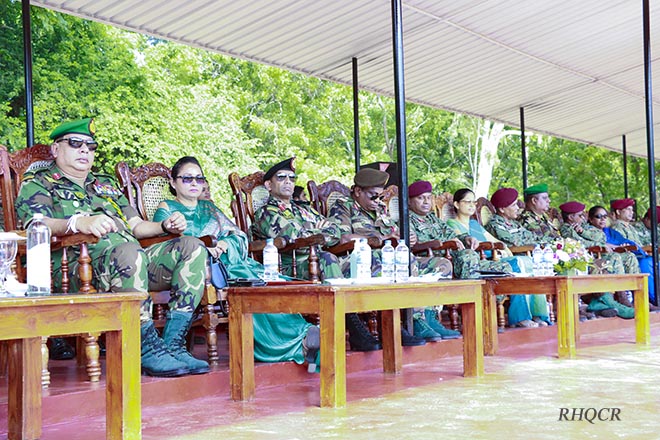 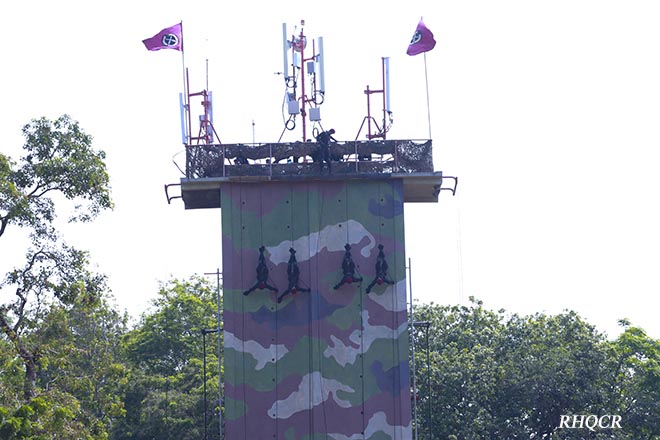 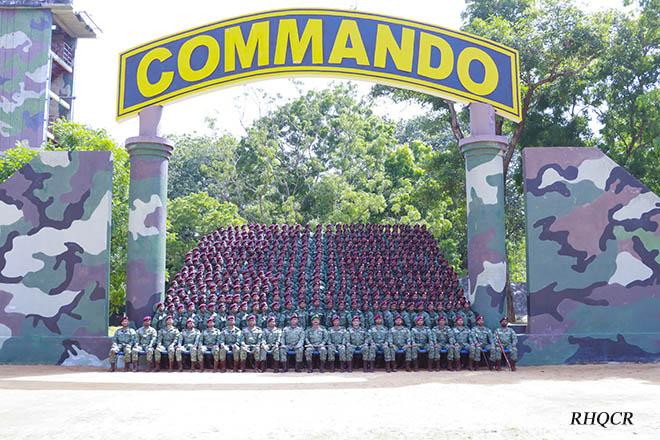 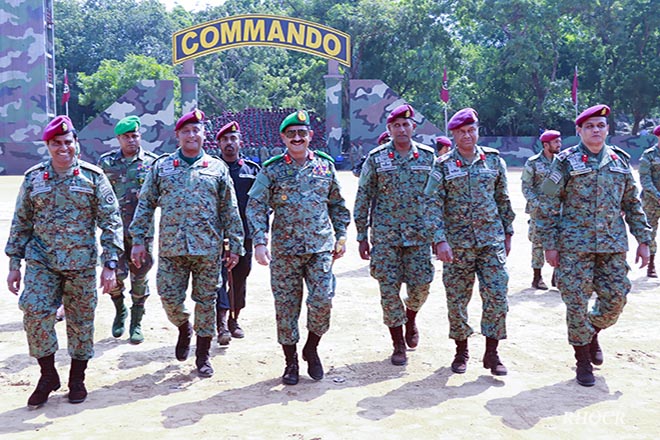 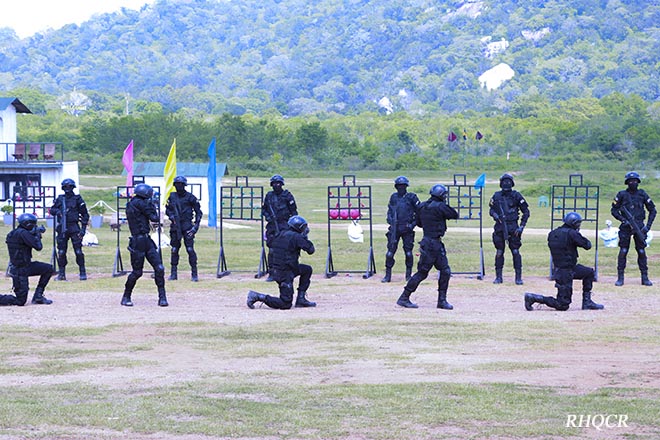 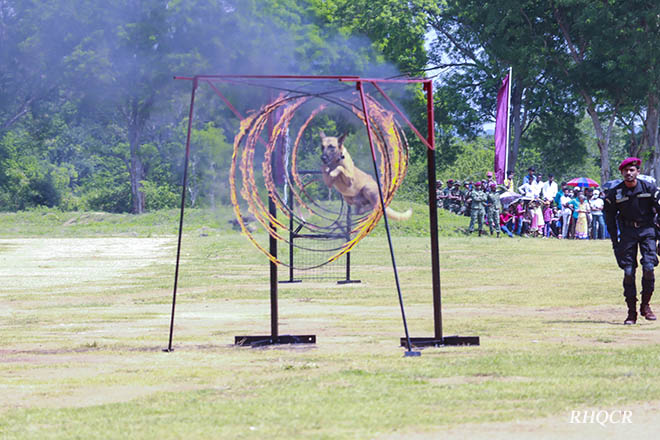 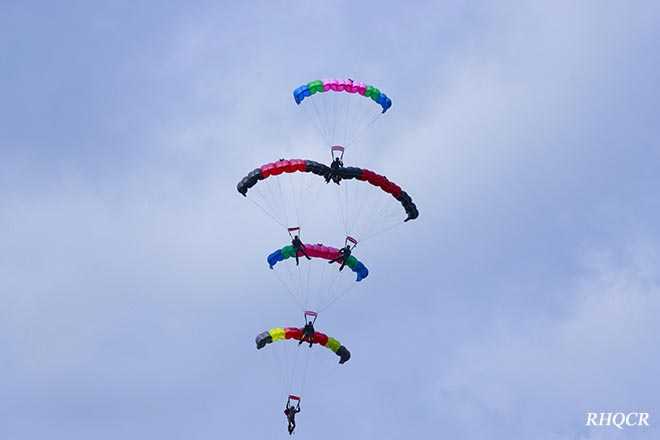 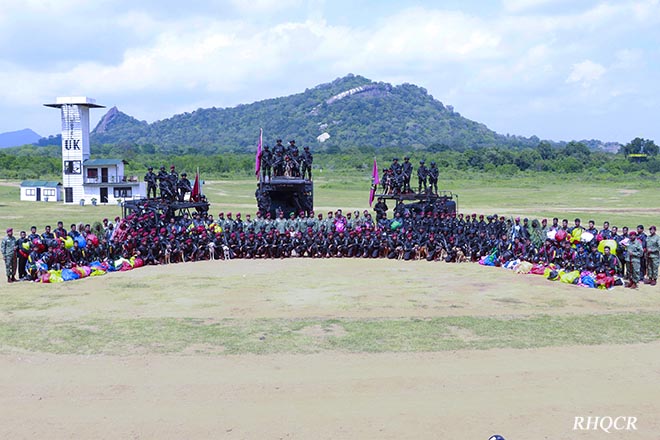 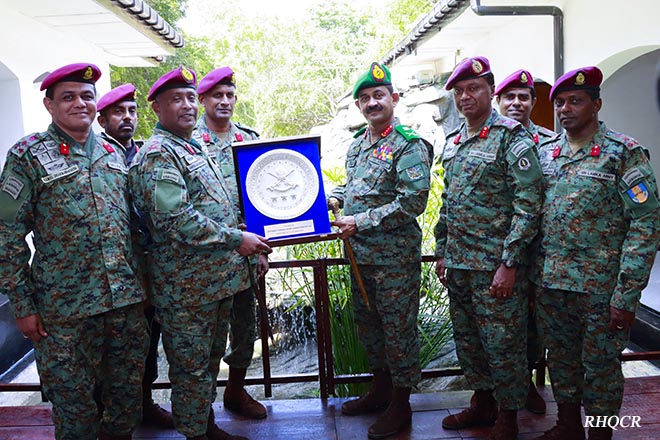