LANDS FOR 12 MEMBERS IN COMMANDO FAMILY

The Regimental Centre Commando Regiment completed another welfare project; distribution of 148 purchases land located at Payagala Kalutara among most deserving 12 members of the Commando Regiment (CR). The programme held on 27 September 2022 at the Multi-Functional Hall, Army Headquarters and Lieutenant General HLVM Liyanage RWP RSP ndu, Commander of the Army graced the occasion as the Chief Invitee.

The land property worth over Rs 30 million inherited from their father, Mr Darmadasa De Alwis and ancestors in Payagala, Kalutara was jointly donated to the CR by Mrs Gaya Jayasinghe, Attorney at Law, former Chief Legal Officer in the Bank of Ceylon (BOC), Dr (Medical Specialist) Okawas Chandrabhanu De Alwis and Mrs Pushpa Weerasingha, a scholar-researcher resident in Sydney, Australia for the distribution among an Officer, Ten soldiers of the Commando Regiment and a Civil Staffer working in the Commando Regimental Headquarters.

During the distribution ceremony, Commander of the Army was joined by Mrs Gaya Jayasinghe, Attorney at Law and Medical Specialist, Dr Okawas Chandrabhanu De Alwis for distribution of those land deeds to the beneficiaries.

The initial arrangements of gifting the land for brave soldiers had been suggested by Mrs Gaya Jayasingha in the year 2019 when she was serving as the Chief Legal Officer in the BOC and implementation of the project by the Commando Regiment was coordinated by Brigadier LWH Gamage (Retd) RWP RSP who worked as the Chief Security Officer of the BOC during the same period. However, unforeseen circumstances and outbreak of COVID -19 pandemic in the country held over its progress until recent times.

In appreciation of their generosity, both Lieutenant General HLVM Liyanage RWP RSP ndu and Major General AKGKU Gnanarathna ndc psc, Commander 1 Corps and Colonel of the Commando Regiment awarded special mementoes to the donors as tokens of appreciation and this was followed by posing for group photograph.

At the end of the programme, Major General AKGKU Gnanarathna ndc psc expressed the gratitude of the Commando Regiment and the Army to the donors for their affection and generosity to the military community as the guardians of the country. 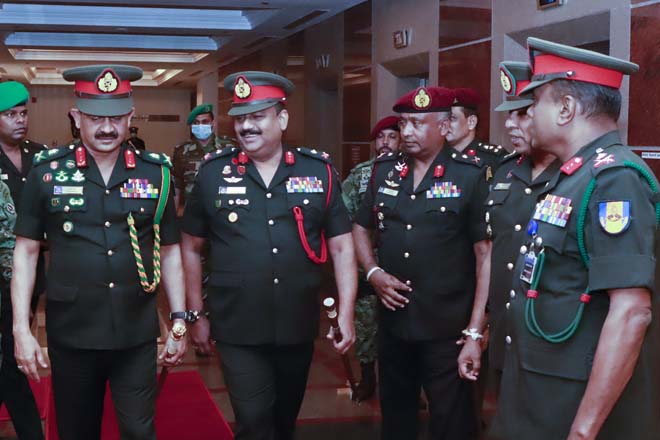 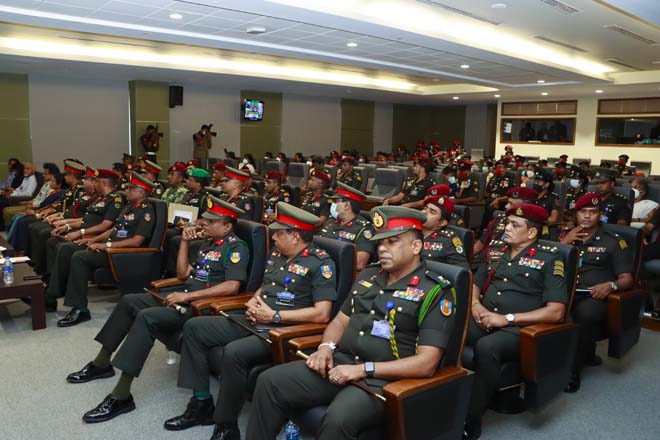 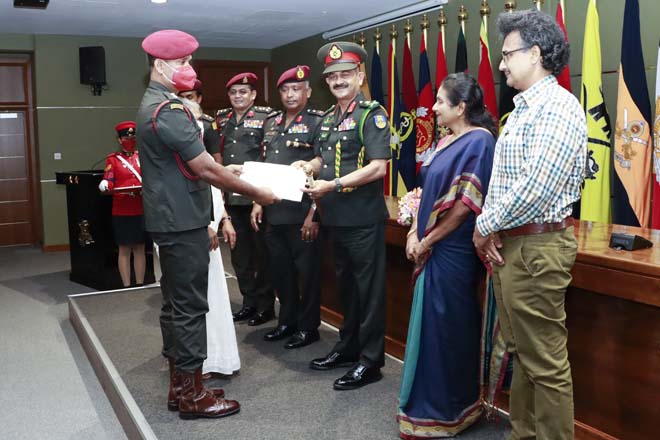 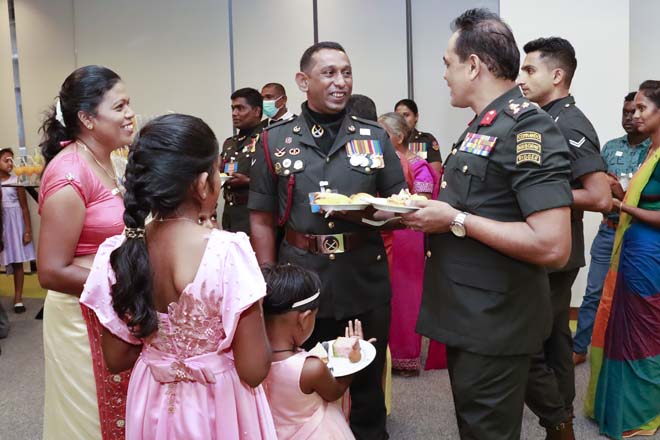 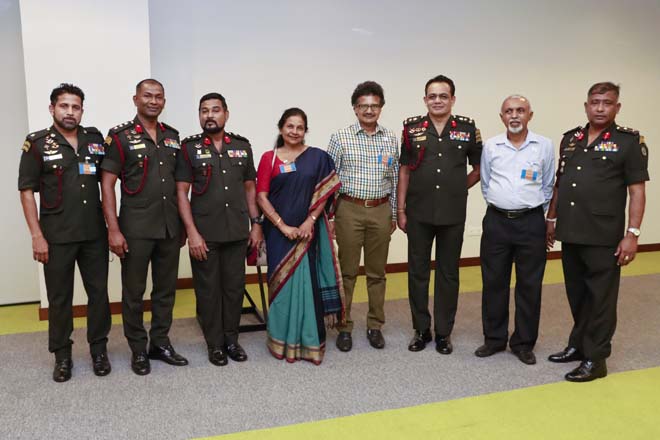