Seven Officers and two hundred fifty six soldiers, belong to Commando Courses 49 A, B, C and D batches received their prestigious Commando insignia on Saturday (30th) at the Commando Regiment Training School (CRTS) Uva-Kuda Oya during a glamorous military ceremony. Major General A K G K U Gnanaratne ndc psc, the Commander 1 Corps and the Colonel of the Regiment of Commando Regiment graced the Commando pass out parade (POP) as the Chief Invitee

The emotional event of the ceremony was pinning of the Commando Badges by parents and next of kin of the passed out Commandos. As most significant event of the day, Maroon berate was awarded by Major General A K G K U Gnanaratne ndc psc, Commander 1 Corps and the Colonel of the Regiment of Commando Regiment to the passing out parade together with senior most commando officers, Brigadier Madhura Wickramaratne, Brigadier Vijitha Hettiarachchi the Commando Brigade Commander and Brigadier Kamal Dharmawardena the Centre Commandant of Commando Regimental Centre to those Officers and Other Ranks as symbols of their proud and prestigious identity

Special trophies were awarded for those who became excellent in different skills during the course and the Best Commando student of the course was awarded to O/71329 Captain M S P Rodrigo and the Best Shooter was awarded to S/ 2101774 Pte Sampath T H K U and the award for the Best in Physical was awarded to S/ 2099390 Pte Nirmal K P D R. At the end, the Chief Invitee addressed the gathering and offered his best wishes to all the newly passed out Commandos. Further, he insisted that all newly passed out Commandos are bound to protect the prestige of the Commando Regiment by being under the motto of “Nothing Impossible”. Further, he emphasized that the conduct of new Commandos during in and out of the regiment will reflect the rigorous and professional knowledge through training they have acquired and advised them to act intelligently especially during this present complex context. In a fatherly note, the Commander appealed them to pursue their career with the highest standards of discipline and commitment.

He also acknowledged the Brigade Commander, Center Commandant, Commandant CRTS and all instructors for their contribution towards grooming those special soldiers on behalf of the motherland.

With the termination of the parade formalities an eye-catching Band Display was performed by the Commando Western Band. The Rappelling demonstration filled with modern rappelling techniques showed the specialty and professionalism of Commandos before the gathering followed by exiting Commando Real Fighting System display. One special aspect seen in this pass out parade was that number of demonstrations and other events were curtailed due to the existing situation in the country. Further, the pass out was limited to the regiment and the event was held with the participation of senior commando officers, officers, other ranks and parents. 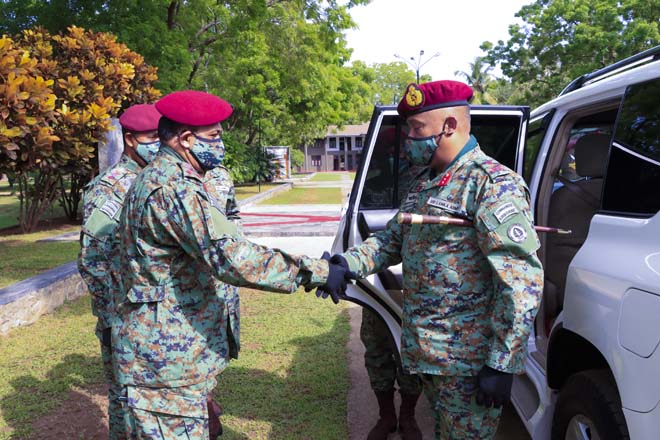 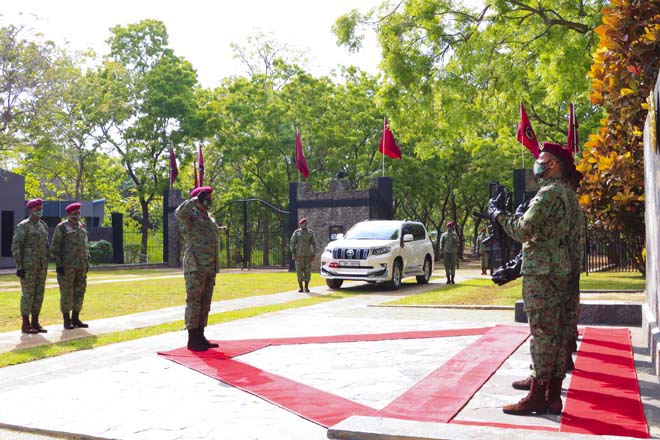 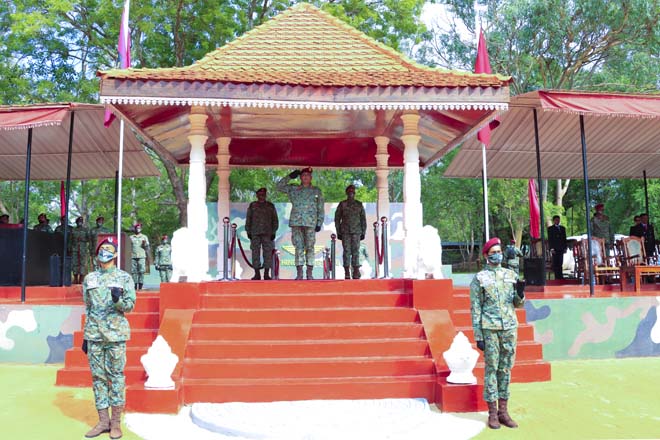 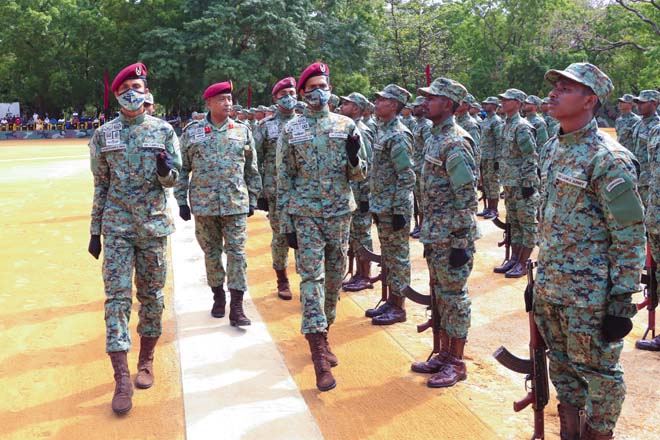 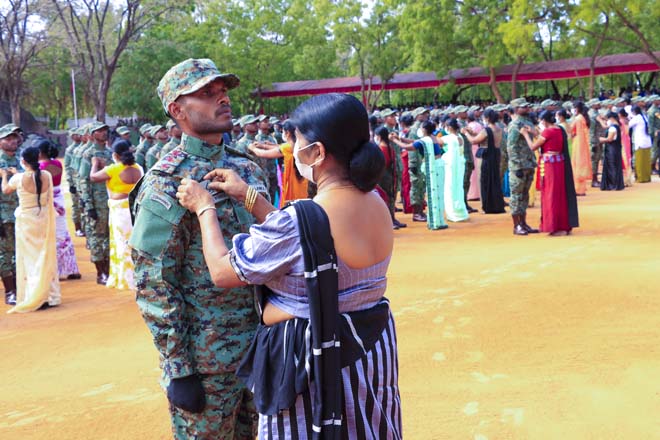 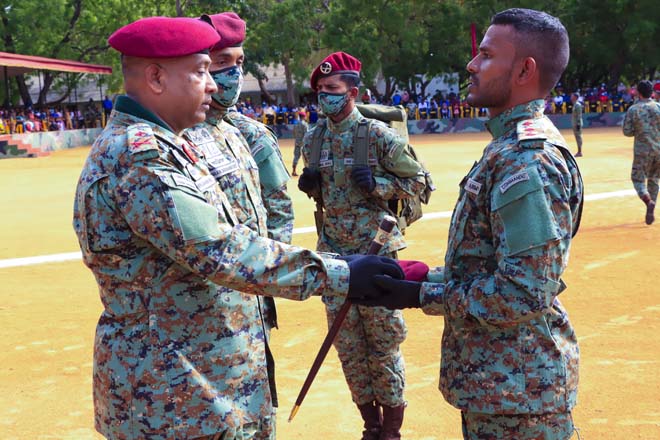 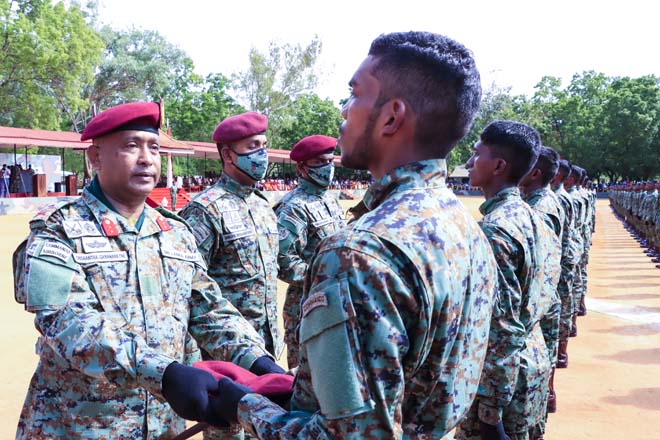 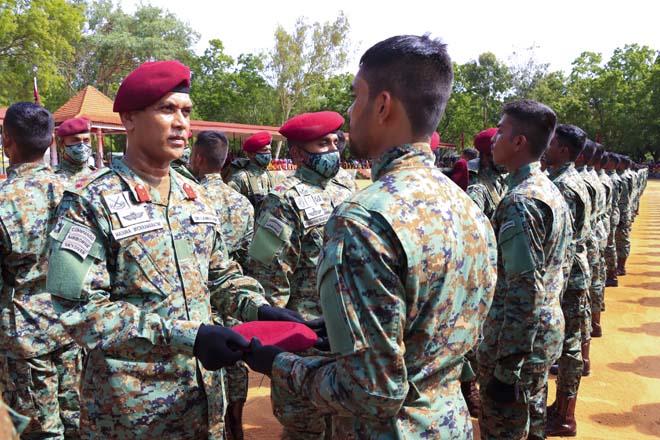 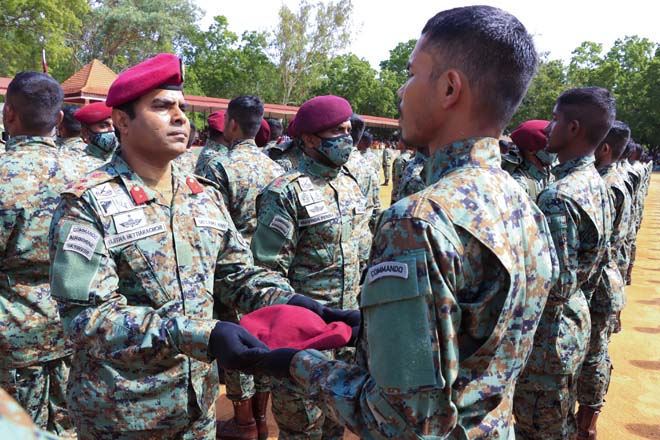 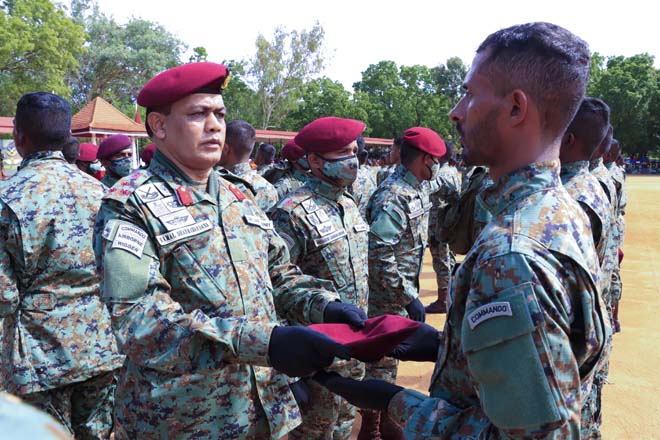 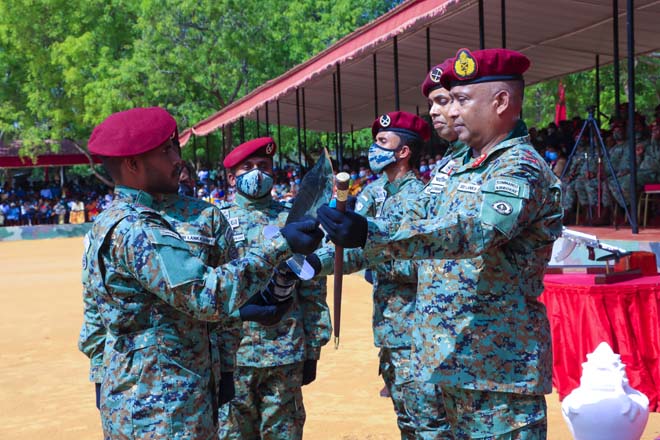 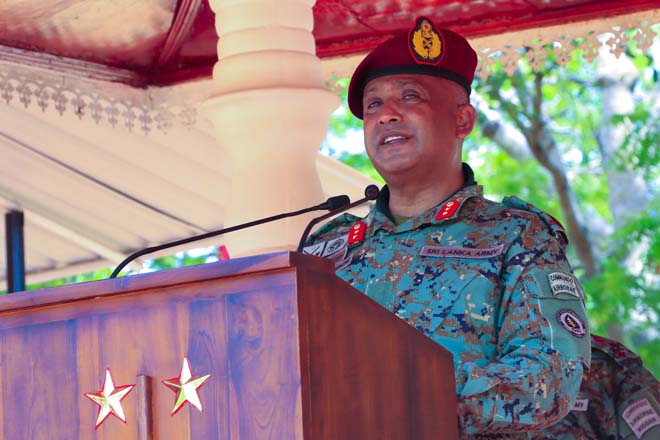 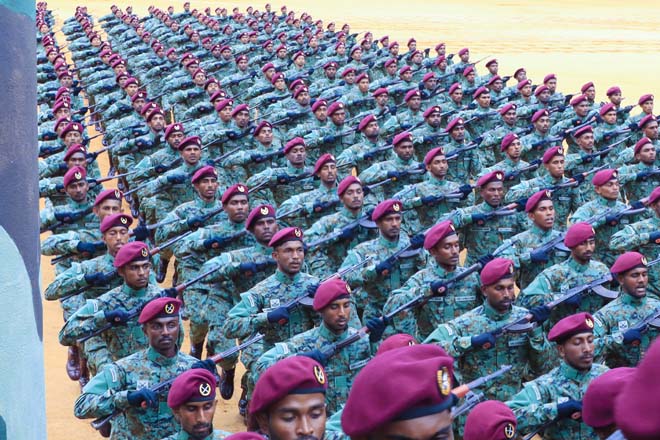 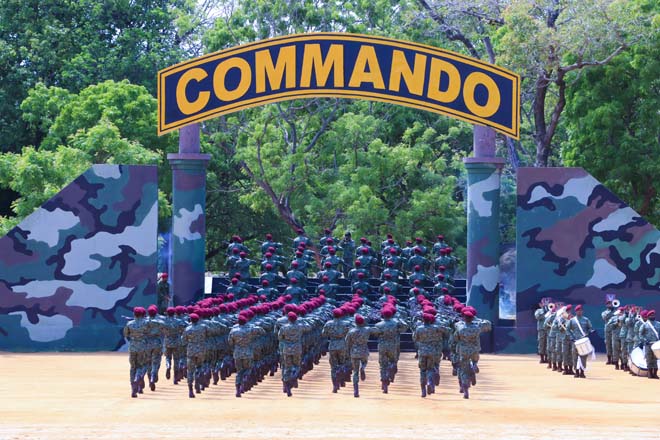 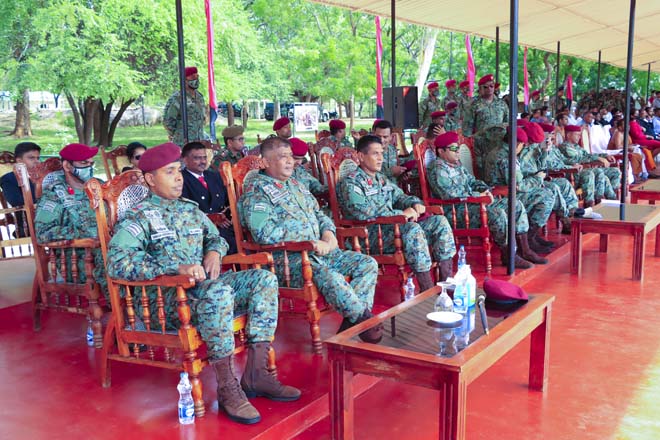 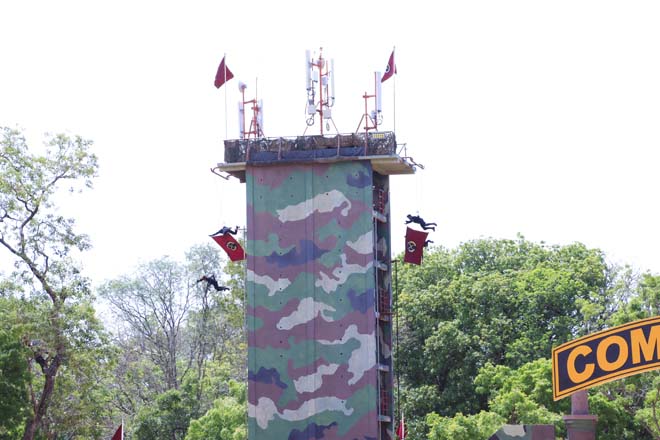 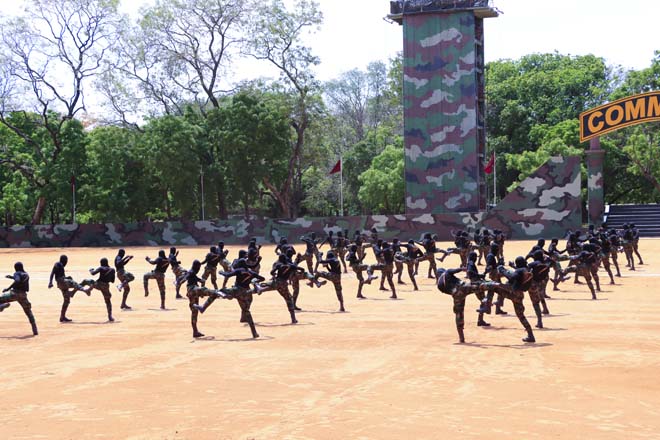 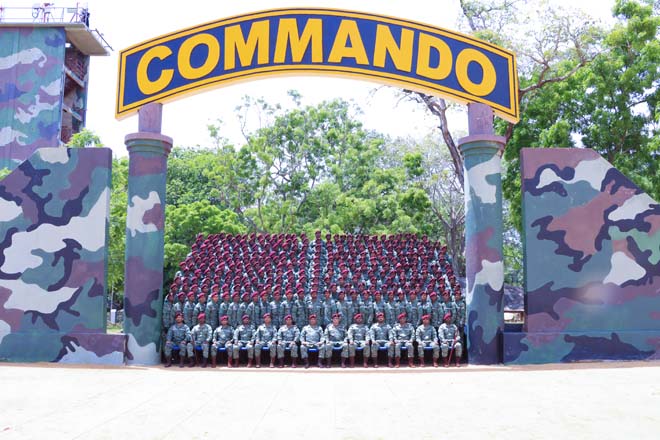 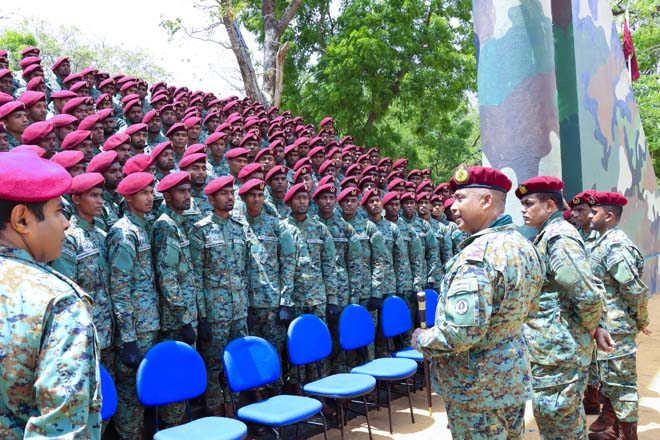 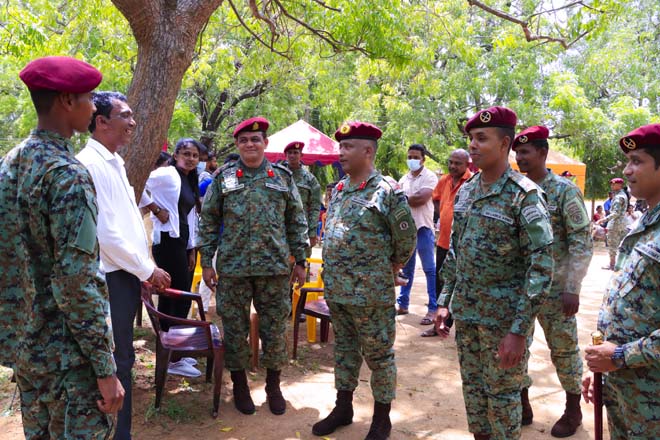