Thereafter, he posed for a group photograph with all Officers and planted a mango sapling in memory of his final official visit beside the old Commando War Memorial.

Afterwards, Major General addressed a cross section of all ranks of the Regiment. In his speech he shared some significant events and experiences of his military career of more than three decades and gave set of instructions that all commandos need to consider while engage in the duties at present context. Eventually retiring Major General was presented a token of appreciation by the Centre Commandant of Commando Regimental Centre on behalf of the Colonel of the Regiment and all Commandos.

As the next event, a refreshment was offered at the Officers’ mess with all Officers. During the session, Major General Anil Samarasiri had an emotional chat with officers for assisting him for the accomplishments in his successful military career and subsequently signed the visitors’ book for the remembrance of his last official visit to the regiment while on active service.

At the end of the event, retiring Major General was greeted by all Commandos with a street line up to the main entrance where he presented his last salute to the Regiment. Brigade Commander Commando Brigade, Brigadier Vijitha Hettiarachchi, Centre Commandant Commando Regiment, Brigadier Kamal Darmawardhana, several regimental council members and Commando Offrs who are serving within and outside the regiment at present participated in the ceremony. 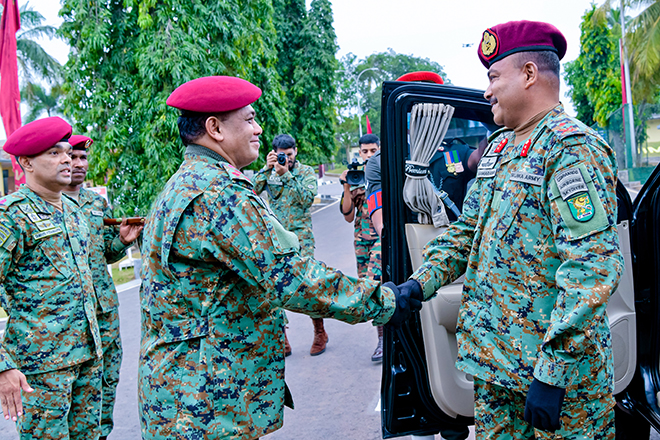 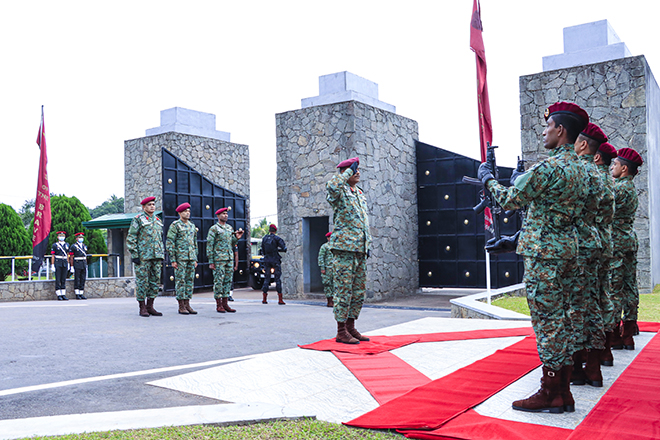 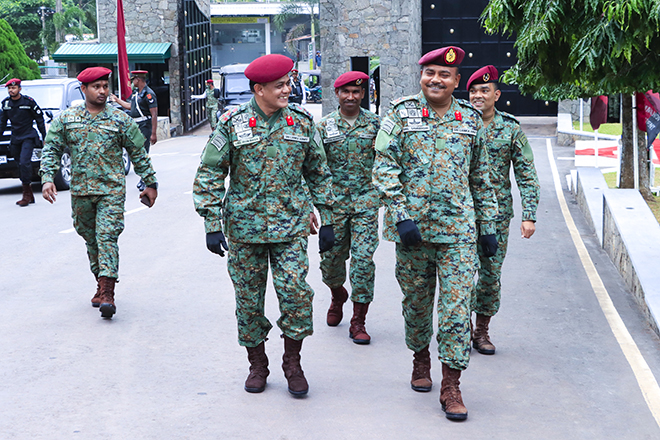 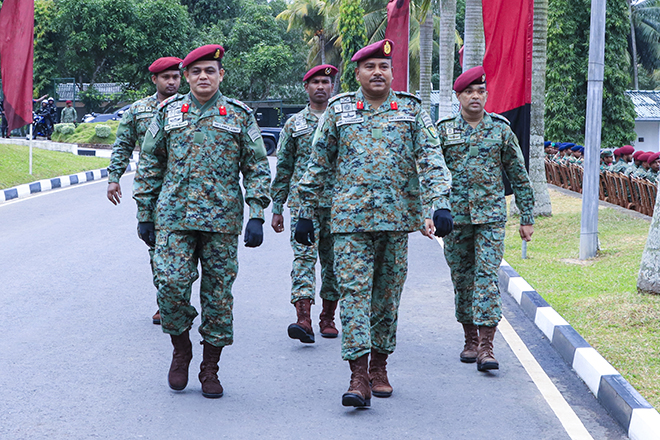 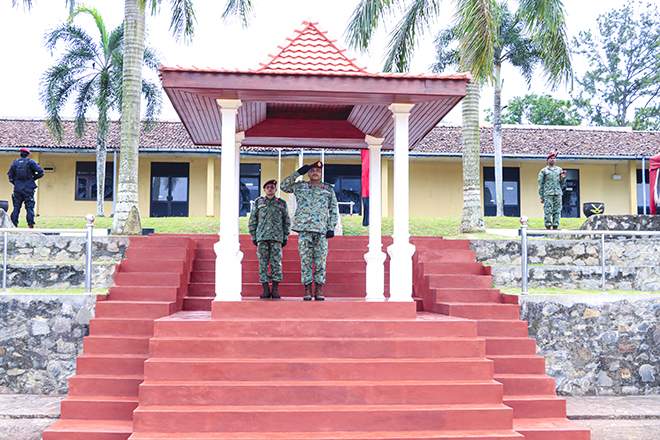 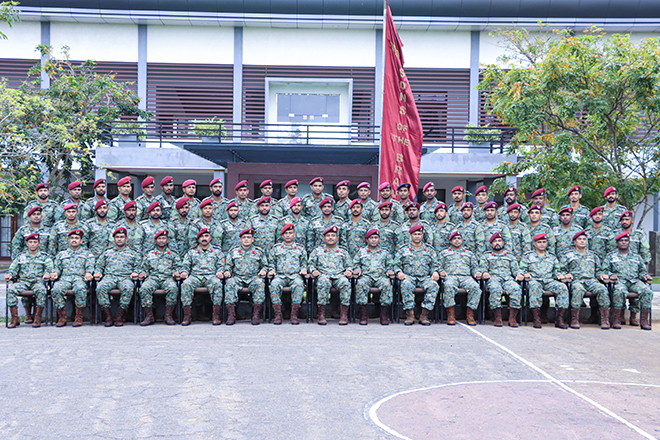 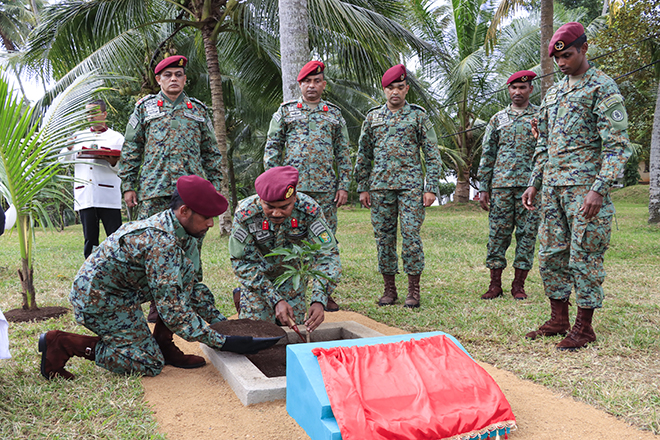 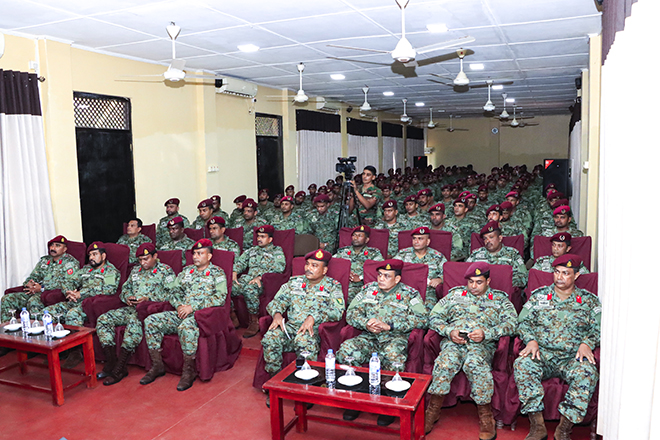 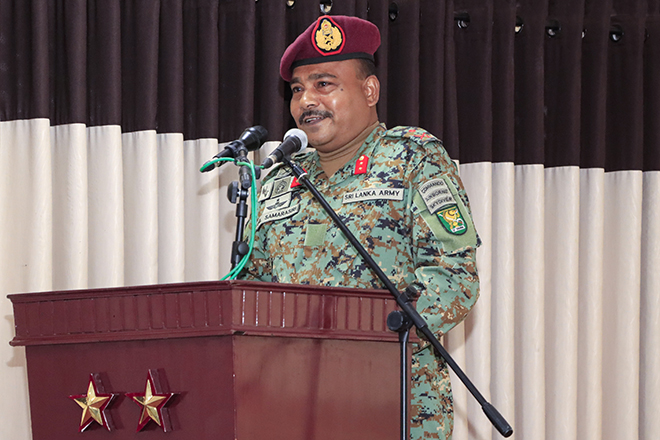 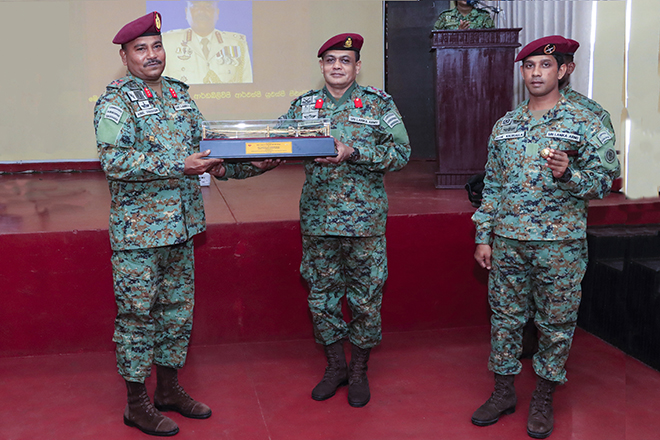 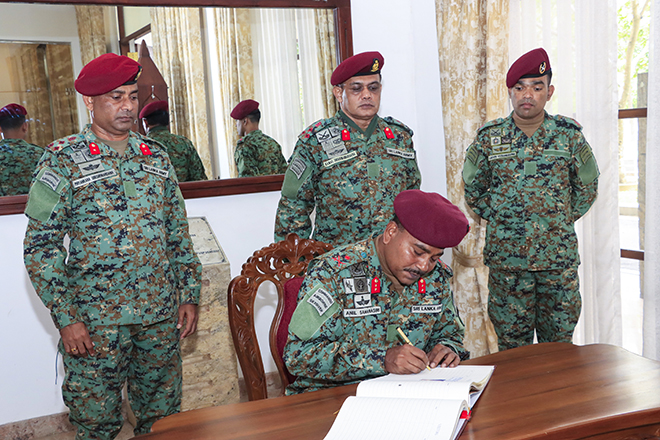 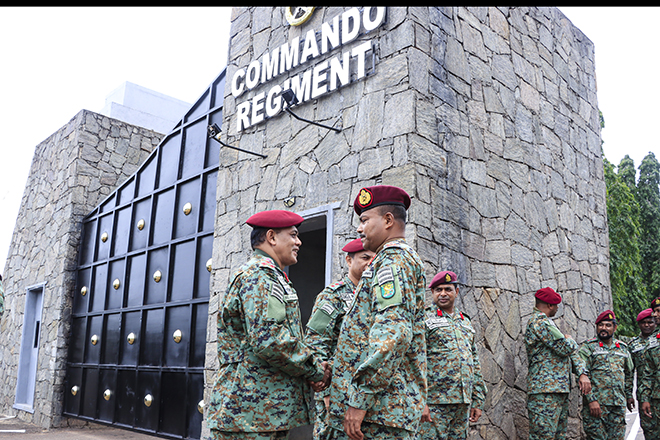