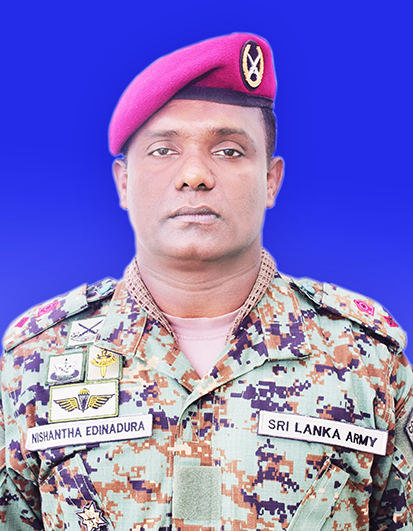 During this period 1st Commando Regiment was engaged in small group operations in the Batticoloa area and some were at Poonaryn protecting the Poonaryn camp. The 2nd Commando Regiment participated on operational duties on "Operation Rivirasa I" in the Jaffna area. On major operations such as Riviresa II, "Shake Hand", "Sath Jaya I, II, III", both the Regiments displayed there talents by participating in major roles at these operations.

In conclusion, it is of paramount importance to state, that the Commandos serving in various capabilities as Officers or men of other ranks, are a devoted and dedicated lot. On many occasions they have sacrificed their lives and limbs, for the cause of the nation and our people. Many have lost their sight for us in their prime of youth, despite all these toils, trails and tribulations. Over sympathies are due to all Commando who have lost their loves and also to those who are loving to fight this battle until peace is brought to our motherland.

We are proud to say that as Commandos we are valiant, beaver and determined to achieve our goal.

On this occasion of the 20th Anniversary of the Commando Regiment we salute both the dead and living who will forge ahead and fight the enemy to liberate the peace loving. Our regards and respects are also due to the parents, children and relations of those departed.