Giving prominence to the religious activities, Sri Lanka Army, the guardians of the nation celebrate the forthcoming 71st Army Day which falls on 10th October 2020. As a precursory for the annual Flag Blessing Ceremony, the first religious ceremony was held at Sri Dalanda Maligawa on 28 September 2020. The Commander of the Army, Lieutenant General L H S C Silva WWV RWP RSP VSV USP ndc psc along with Senior Officers, Officers and Other Ranks participated in this religious ceremony.

Amidst the rhythmic beats of the traditional drums, all the traditional religious observances were conducted. Afterwards the commander of the Army met the Chief lay custodian (Diyawadana Nilame) Mr Nilanga Dela Bandara at his office premises and a cash donation was offered for the development of the temple of the tooth. There he extended his heartiest wishes for the 71st Army anniversary.

Further, an alms giving was also taken place for seventy one Buddhist monks and the Commander of the Army and other Senior Officers offered alms at this occasion. The Maha Sangha admired the contribution and dedication of the Army at all times to protect the motherland. Further, the Nayaka theros blessed the Army personnel to make every effort a success at the oration.

Moreover, the exertion of military personnel since 1949 to protect the motherland and who died in action and those who got wounded and disabled were also remembered and blessed at this occasion. This religious programme marked the culmination with the offering of Ata pirikara (requisites) to the Maha Sanga by the Commander of the Army, Commanders of Security Forces and other Senior Officers. 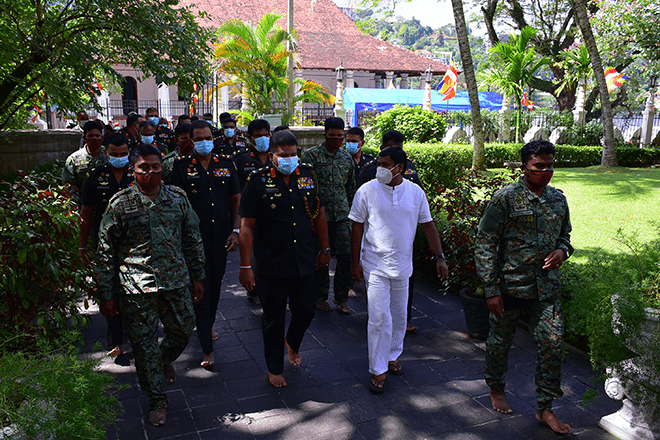 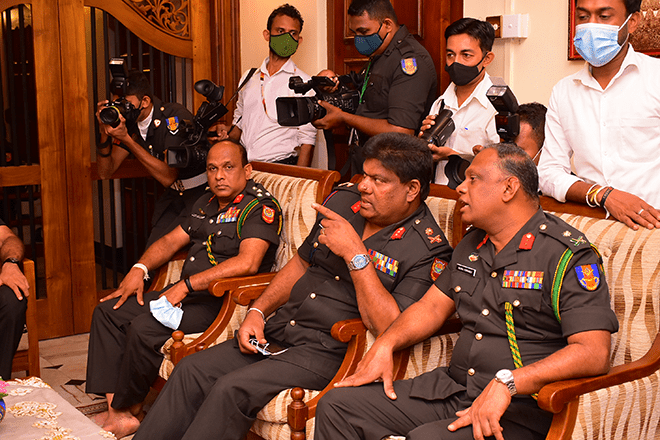 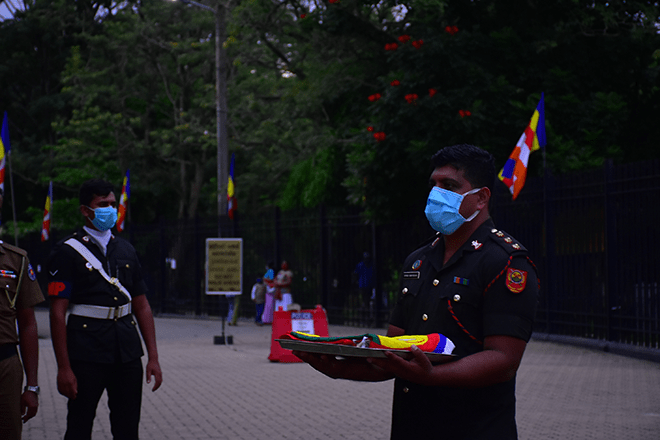 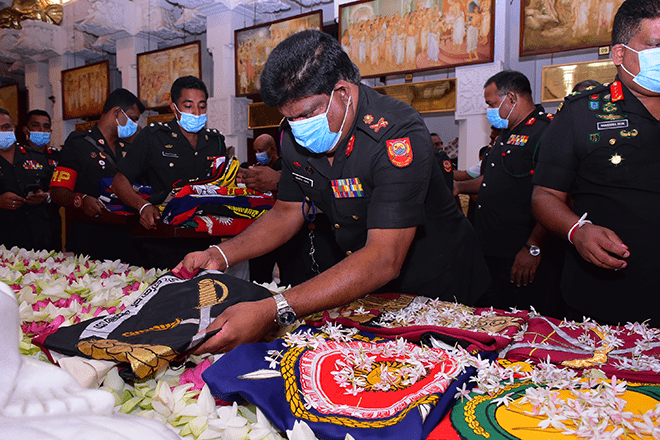 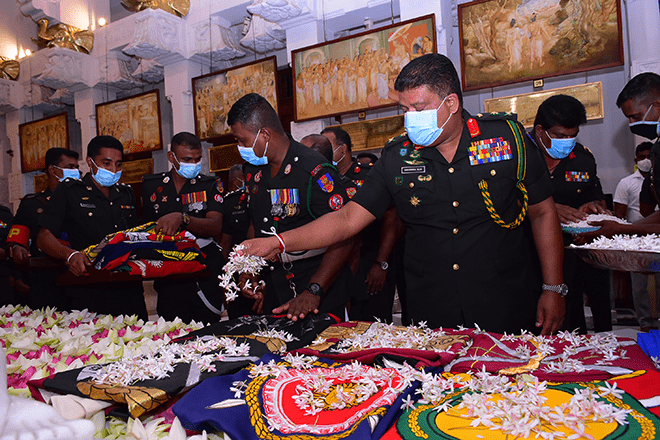 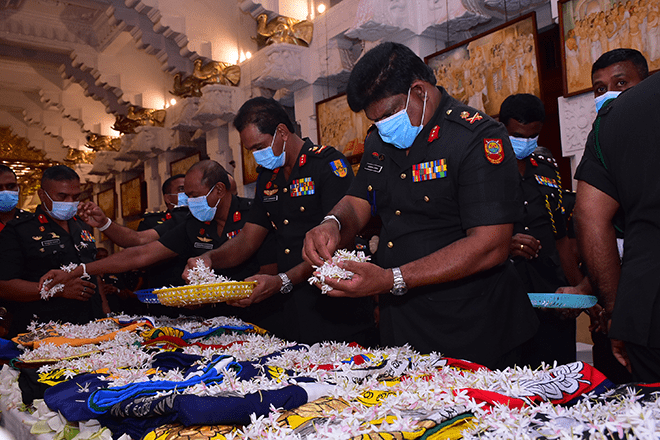 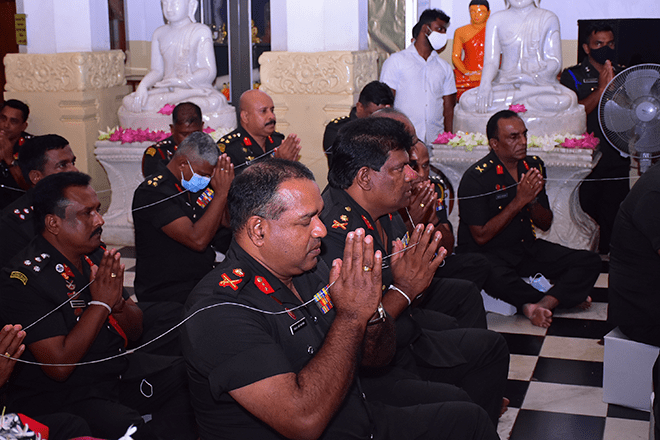