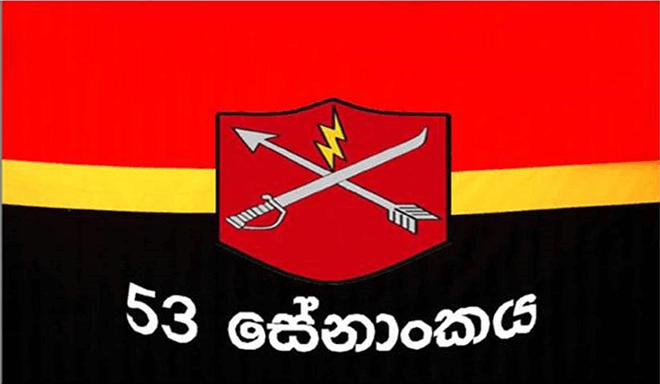 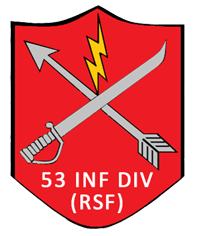 During late 70s and early 80s, LTTE terrorist activities intensified in the country and an urgent need arose to review and re-organize military apparatus of Sri Lanka Army. This face off fuelled by external interested factors demanded enhancements and adaptations to suit the emerging insurgency in the Northern and Eastern Provinces of the country. An independent Brigade with special striking capability was established to respond against rapidly- changing security situations and it was kept under the direct command and control of the Commander of the Army. In early 90s, this Independent Brigade actively participated in Operation “Riviresa“, launched to liberate Jaffna Peninsula from the clutches of LTTE as a Strike Force. Subsequently, this Independent Brigade transformed as 53 Infantry Division with three Infantry Brigades. Brigadier K J C Perera RWP RSP VSV USP rcds psc assumed duties as the First Commander of the newly-formed Division on 8th August 1995 at Palali. Subsequently 28 senior officers commanded this prestigious Division.The recent commander is Major General PGPS Rathnayaka RWP RSP who assumed the duties on 10 Nov 2022 as the 30th Divisional Commander of Reserve Strike Force.

The Division actively participated in almost all offensive operations conducted by the Army such as ‘Akunu Pahara’, ‘Riviresa’, ‘Sathjaya’, ‘Jayasikuru’, ‘Rivikirina’ ‘Agnikeela’ and in almost all other limited operations conducted against the LTTE. Further, the Division shared the honour of defeating the LTTE by actively participating in the Humanitarian Operation concluded on 18th May 2009..

Subsequent to war victory, the Division was attached to Security Forces Headquarters Jaffna and Wanni during the past. The Division was stationed at Mankulam, Udawalawa, Anamaduwa and Puttalam.

Vision of the 53 Infantry Division (RSF) is to be the most potent and versatile reserve strike force of the Sri Lanka Army capable of swift and effective deployment to protect the national interest from internal and external threats whilst being the foremost Army formation in projecting the national power during all phases of military and populace control operations along with humanitarian assistance during national calamities.

Mission of the 53 Infantry Division (RSF) is to be the most competent and self-reliant army formation capable of rapid deployment, flexibility in manoeuvre, increased sustainability and highly skilled in small group operations, Special Infantry Operation (SIO) augmented by constant operational awareness.

Being the Reserve Strike Force of the Commander of the Army, the role of 53 Infantry Division is to harness the full potential for the rapid deployment into action through the use of coordinated and decentralized operations characterized by flexibility, innovation, audacity and aggressiveness.

The primary tasks of the 53 Infantry Division is to conduct offensive and defensive operations in support of deployed field formations against external aggression and in the context of internal, rural and urban insurgency terrorism and semi conventional combat environments.

The Specific Tasks of the 53 Infantry Division are as follows:

53 Infantry Division is to perform routine duties as well as other duties assigned by the Army Headquarters and conduct humanitarian assistance operations in volatile environments to deal with multifaceted contingencies and emergencies including: 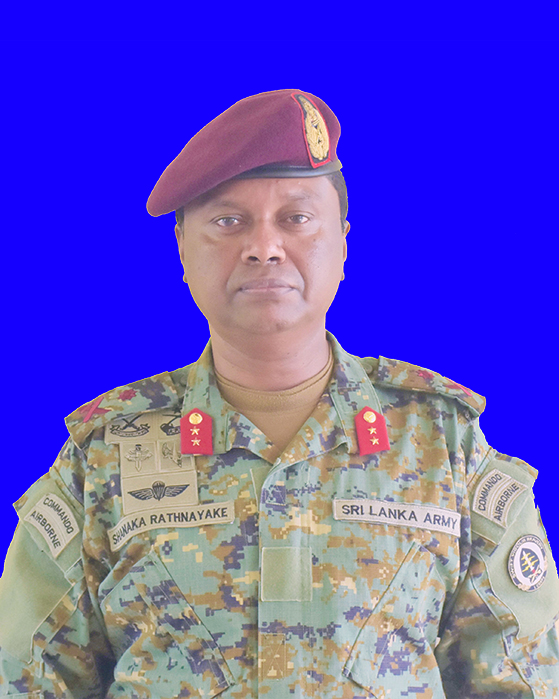