A few hundreds of Army personnel observed religious rites and rituals, meditation practices and different ‘Poojas’ in commemoration of Nikini Poya day which marks the anniversary of the first Buddhist council (Sangayana) held after the Lord Buddha's passing away.

The day’s programme got underway on the guidelines given by Major General Deepal Pussella, Commander, Security Forces West and Chairman of the Army Buddhist Association. 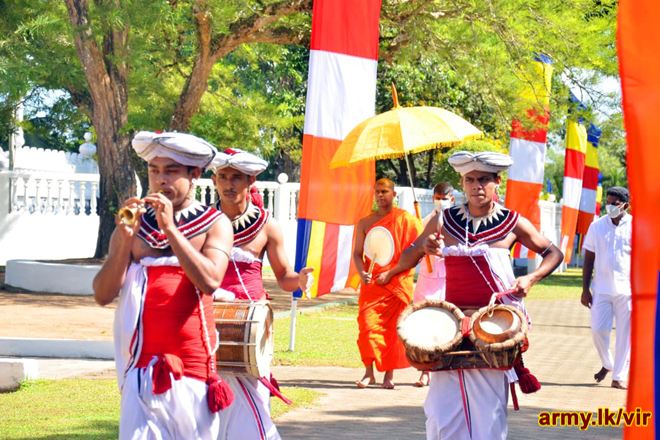 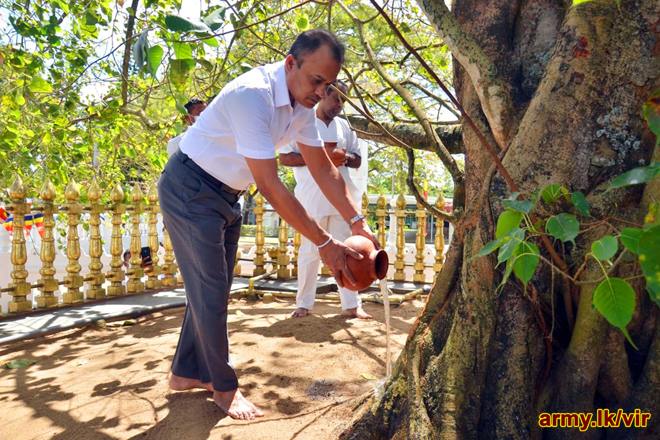 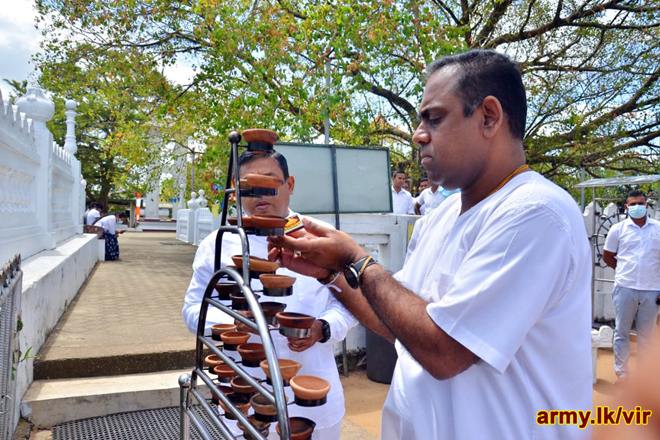 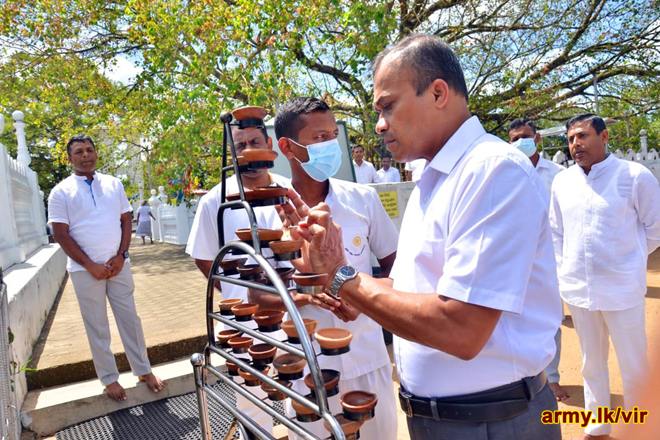 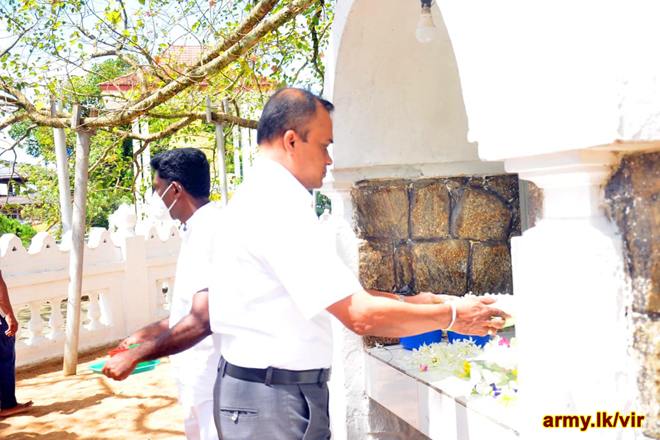 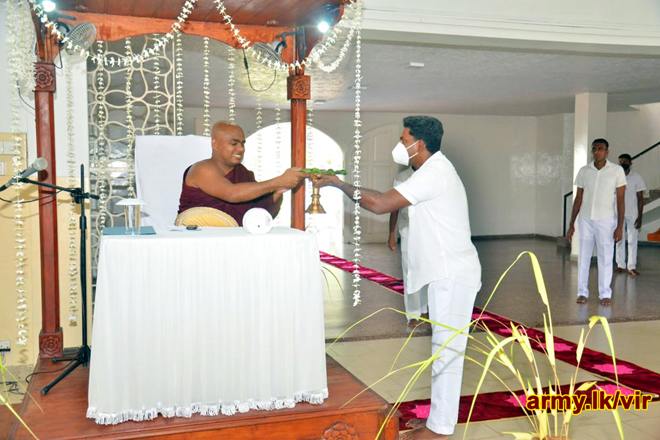 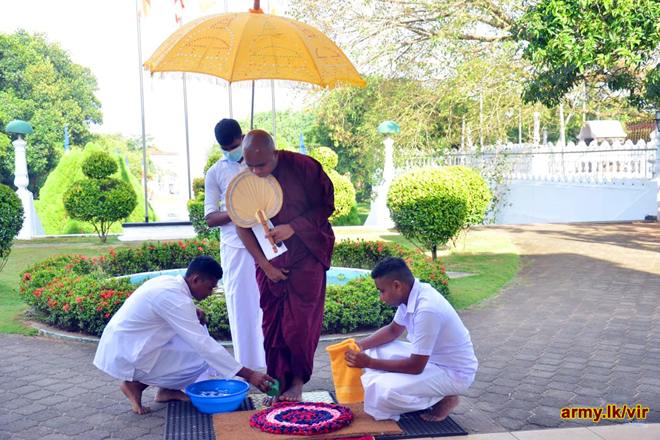 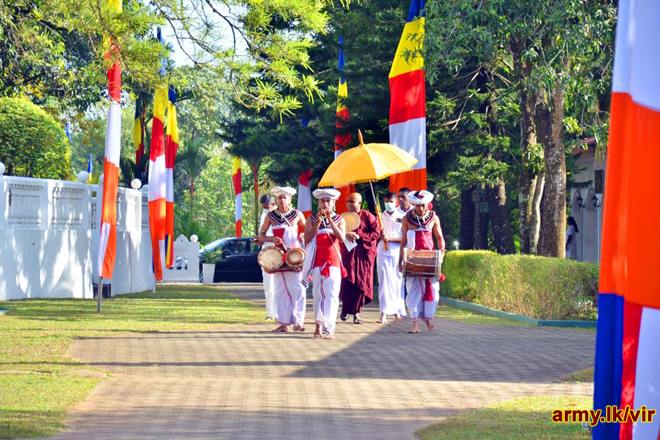 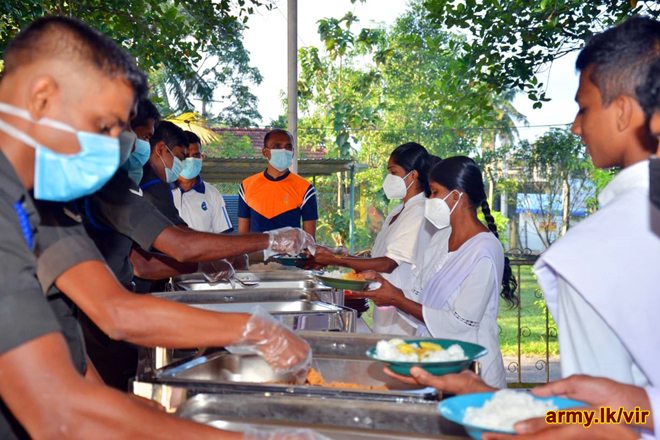 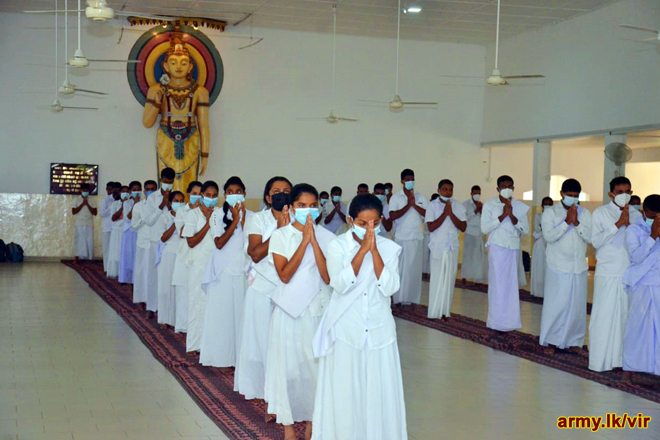 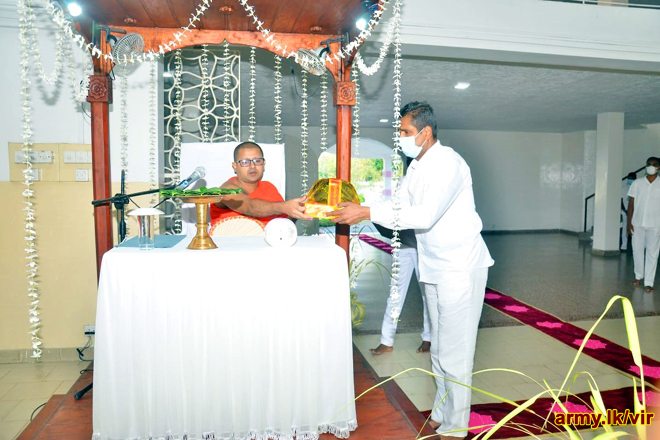 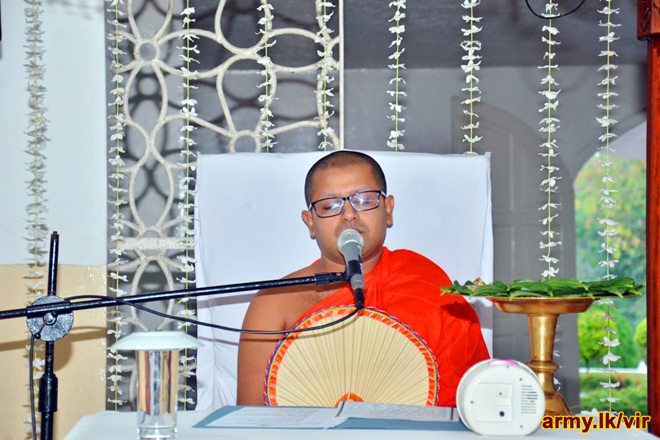 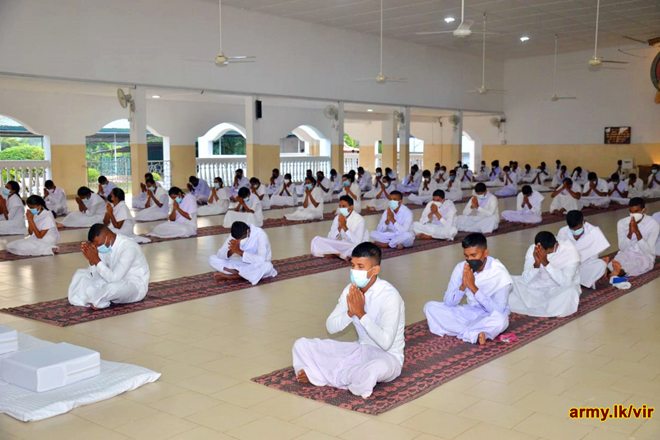 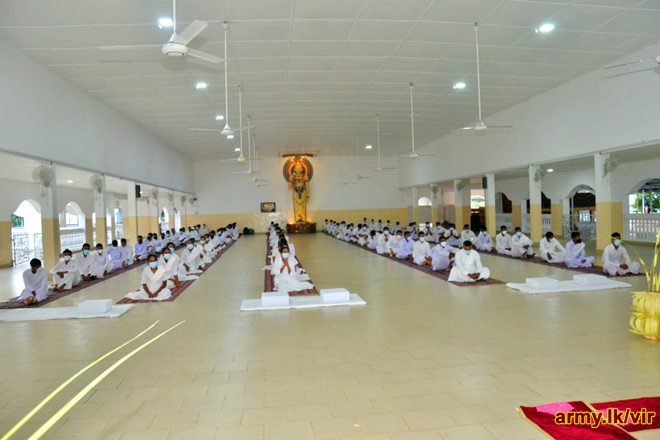