Paying obeisance to the Sri Dalada Maligawa (Temple of the Tooth Relic) in Kandy and the forthcoming annual Sri Dalada Esala Perahera festival, Vijayabahu Infantry Regiment troops donated more than fifteen tons of dried coconut (Koppara) for the 9th consecutive year on 29 July 2022 for the illumination of the Dalada Pageant.

On invitation of the Director General General Staff and Colonel of the Regiment of VIR, Major General Nishantha Manage WWV RWP RSP psc, Commander of the Army, Lieutenant General Vikum Liyanage RWP RSP ndu graced the occasion as the Chief Guest, attaching greater significance to the occasion. The Commander of the Army and Colonel of the Regiment VIR made offerings to the Sacred Tooth Relic at the upper chamber of the Sacred Tooth Relic after he was received by the Senior Officers and Diyawadana Nilame.

Since the year 2014, preparation of those dried coconuts to be used as lamps for the Perahera has been done by VIR troops as a respect to the annual Esala Perahera event in Kandy which is a national cause to support to continue ancient practice. Adding an exception for this sacred purpose in this year, with the enormous support of VIR battalions as well as several other regiments; Sri Lanka Armoured Corps, Sri Lanka Light Infantry, Gemunu Watch, Gajaba Regiment, Sri Lanka Army Ordnance Corps, Sri Lanka Electrical and Mechanical Engineers and Sri Lanka Corps of Military Police, Vijayabahu Infantry Regiment able to offer 15 tons of Koppara to the Temple of Tooth Relic with great reverence and devotion.

As per the day’s itinerary, then Commander of the Army was ushered to the International Buddhist Museum where the Media, Special Projects and Development Bureau of Sri Dalada Maligawa arranged for the next events. After witnessing a short documentary produced by the Sri Dalada Maligawa Media Section on Sri Lanka Army’s 9 years consecutive assistance to illuminate the Dalada Perahera, Commander of the Army offered symbolic trays of Koppara to the Diyawadana Nilame of the Temple of Sacred Tooth Relic, Hon. Pradeep Nilanga Dela Bandara and representatives of four Devalas (Natha, Vishnu, Paththini and Katharagama). As the day’s final setting, Commander of the Army and Diyawadana Nilame Hon. Pradeep Nilanga Dela Bandara exchanged mementoes in remarking this notable event followed by a speech conducted by Diyawadana Nilame as he appreciated the commitment of Sri Lanka Army and the Vijayabahu Infantry Regiment on this sacred and noble cause. 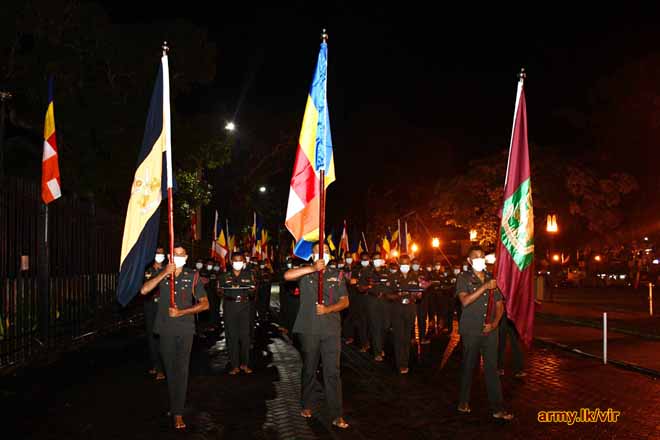 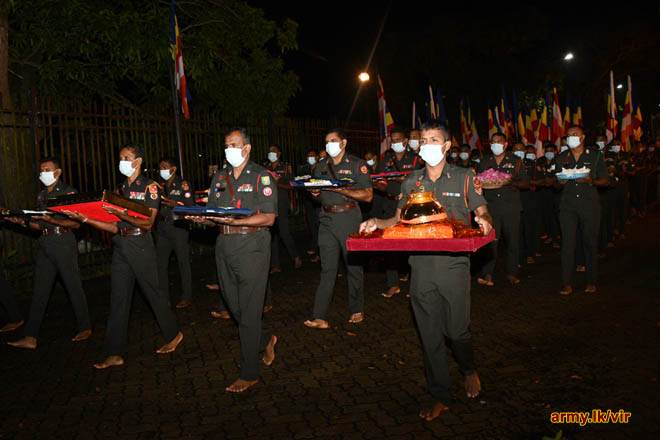 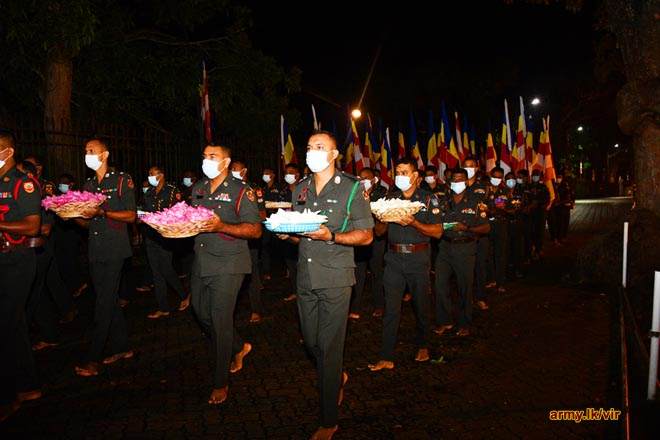 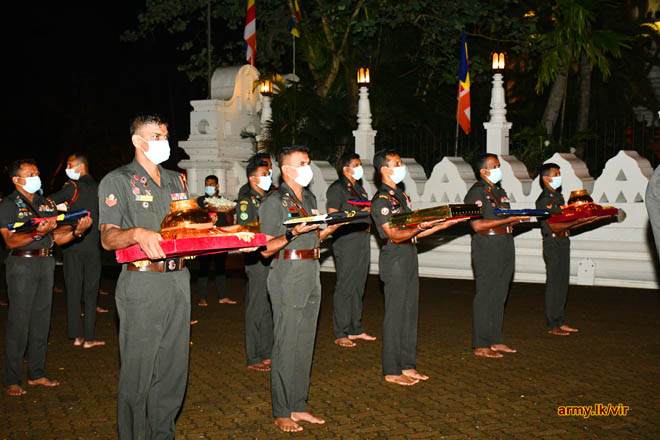 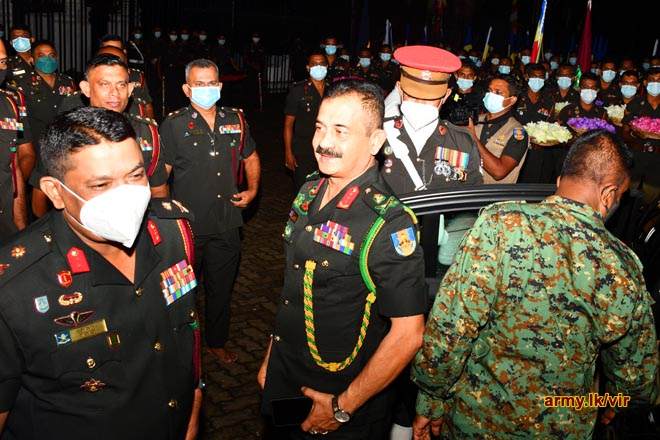 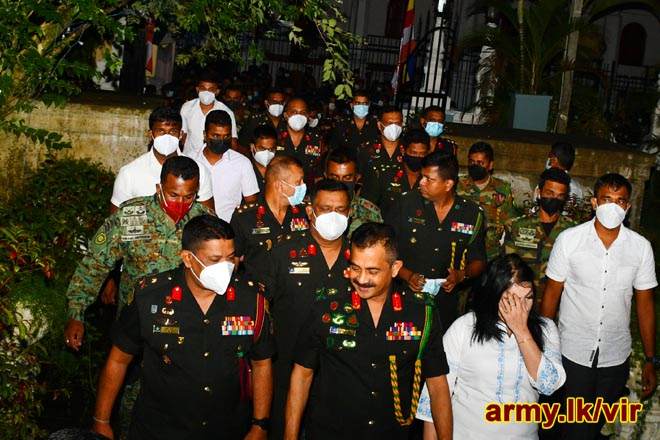 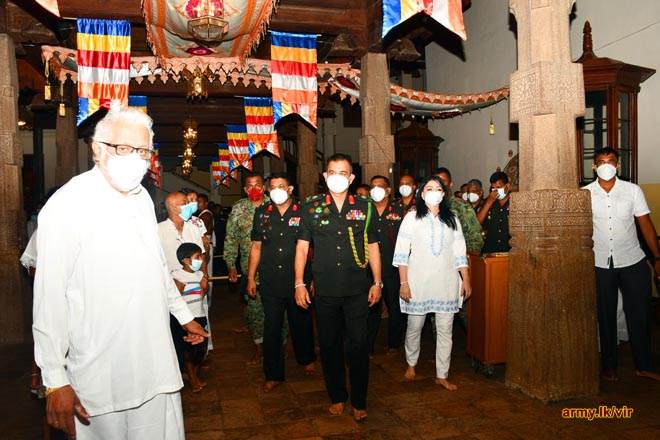 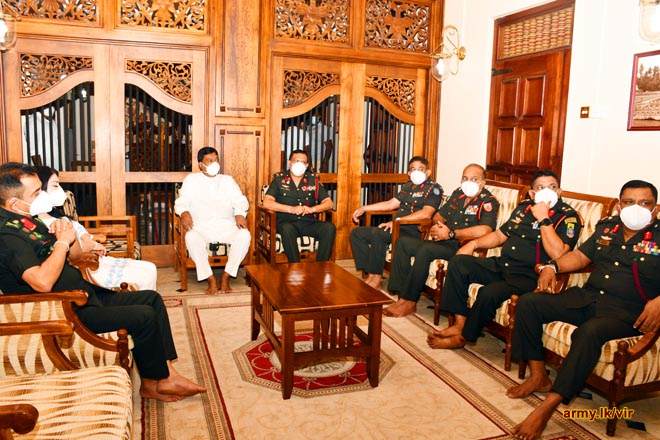 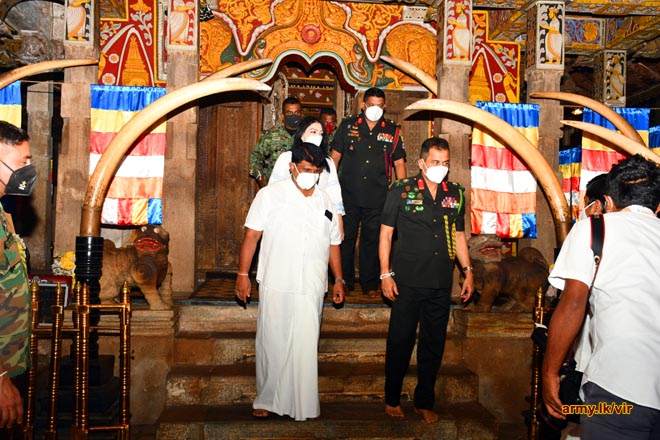 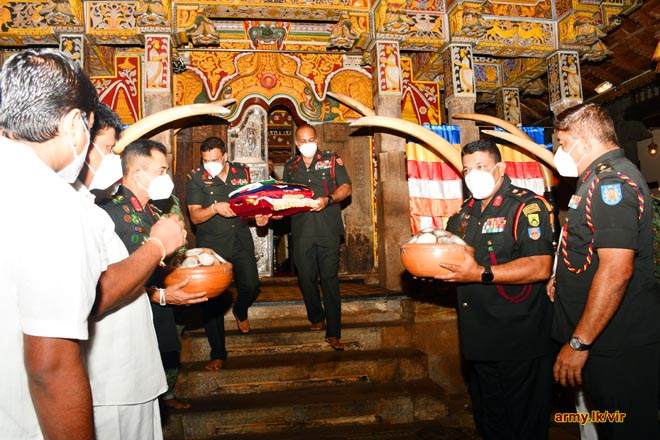 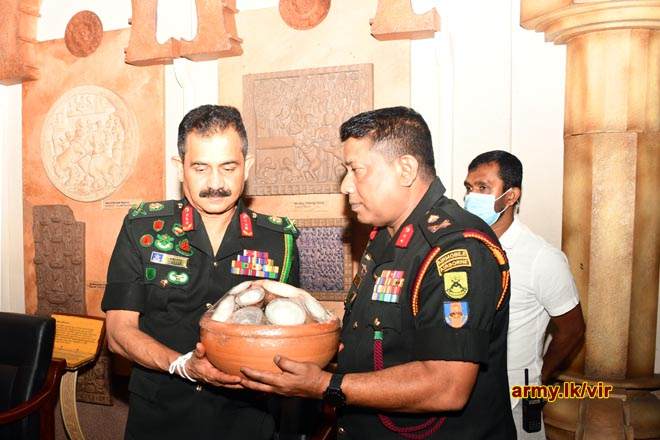 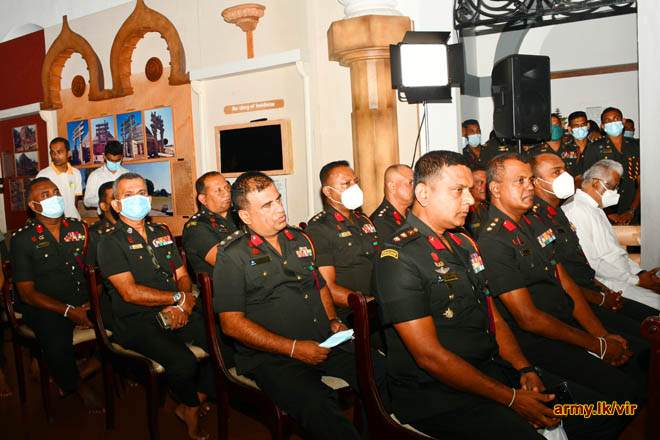 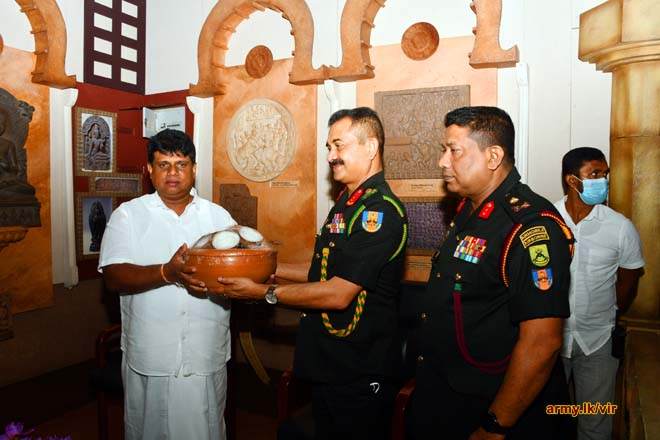 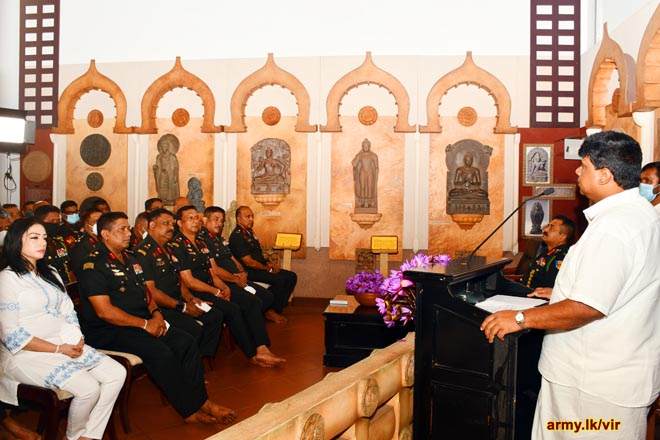 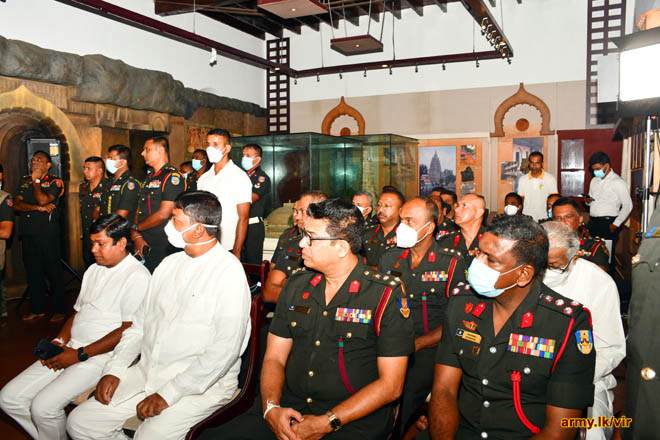 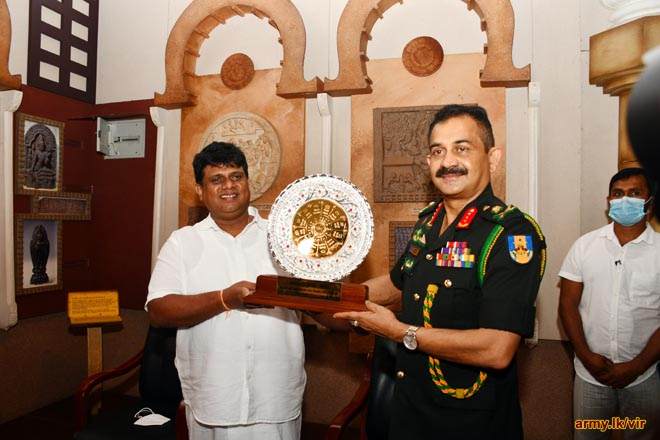