COLONEL OF THE REGIMENT IN A SUDDEN VISIT TO ARMY HOSPITAL, COLOMBO, INQUIRES INTO MEDICAL CONDITION OF INJURED VIR SOLDIERS DURING WEDNESDAY (13) CLASH

Major General Nishantha Manage, Director General General Staff (DGGS) and Colonel of the Regiment VIR, showing his fatherly care towards soldiers belong to 1st Battalion the Vijayabahu Infantry Regiment (1 VIR) who sustained serious injuries on Wednesday (13) July 2022 when defending forceful entry to the parliament premises at late night by protestors, visited them at the Army Hospital, Colombo on 16 July 2022, together with VIR officers, Regimental Sergeant Major and other ranks in extending comradeship and brotherhood. More than dozen of VIR soldiers sustained serious injuries on Wednesday (13) evening when a group of unruly protesters tried to place the Parliament complex under siege after breaking into the premises by force.

The VIR Chief, concerned about their injuries and the dedicated commitment for duties inquired into their well-being and treatment they are receiving. He also separately spoke to all soldiers who received critical injuries and treated them with nutrition supplement pack with finance support of the VIR SEVAVANITHA Branch where he wished them speedy recovery and return to the field.

The Colonel of the Regiment during interactions commended their duty and dedication to the responsibilities to protect the constitutional rights of the nation that have been entrusted to them at this critical moment in the country’s history. He said that ARCHERS are in the history of defeating LTTE until the death of the leader in May 2009 and today we play a key role in defeating illegal act of riot in toppling the government mechanism. In his word “We are second to none”. He also inquired into their requirements if any and assured them of all assistance.

Before his departure, he also did not forget to speak to the medical staff and requested them to provide those injured soldiers with best of the best care since they stood firm for the best interests of the people in the country. 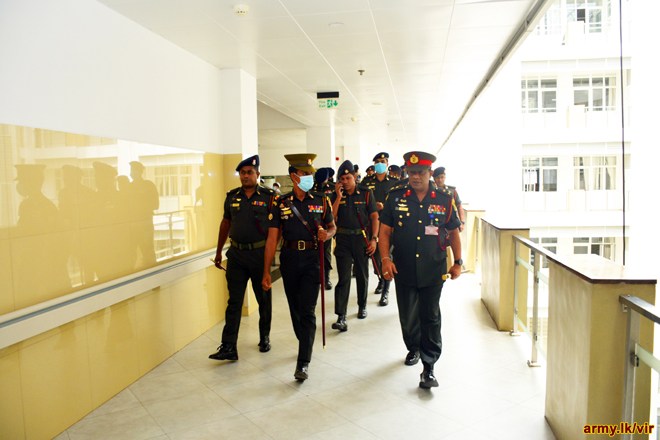 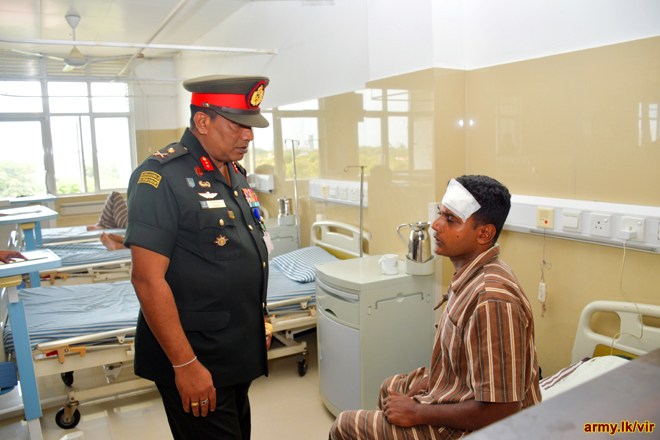 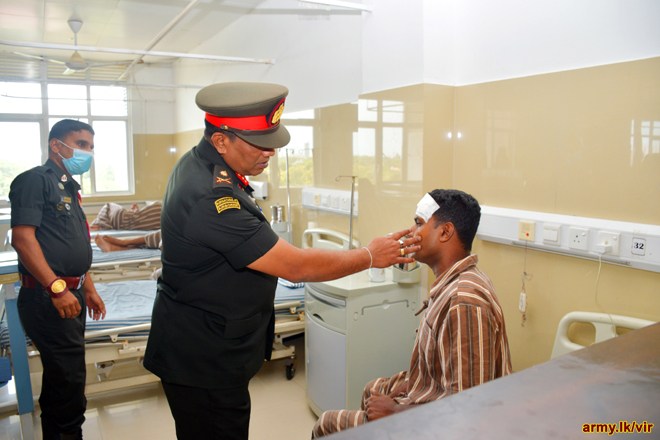 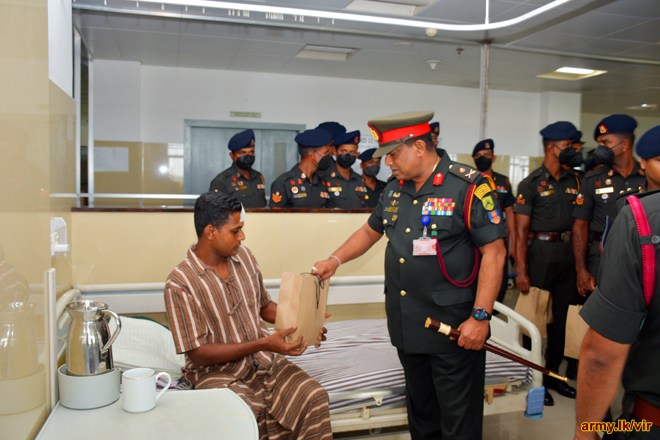 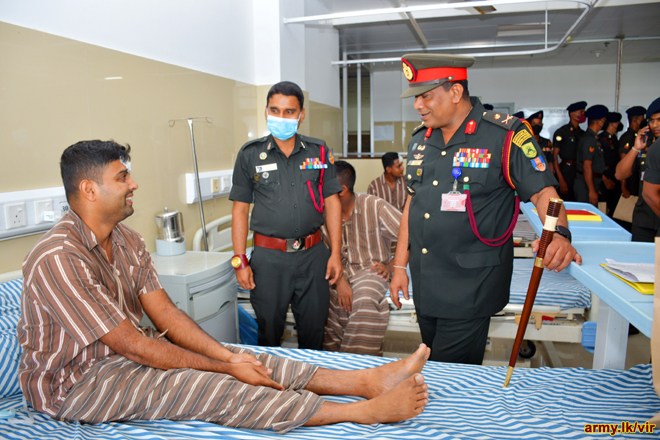 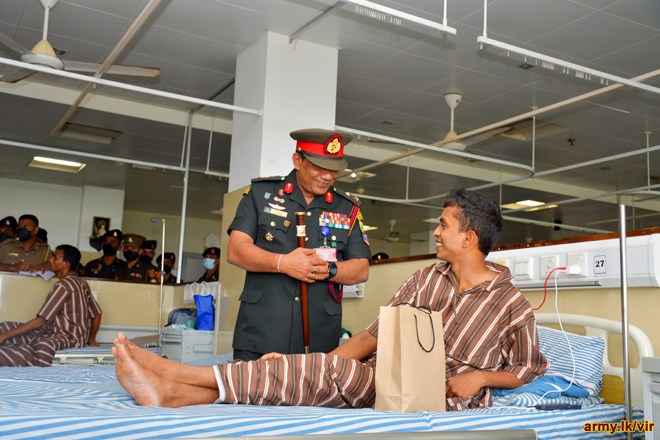 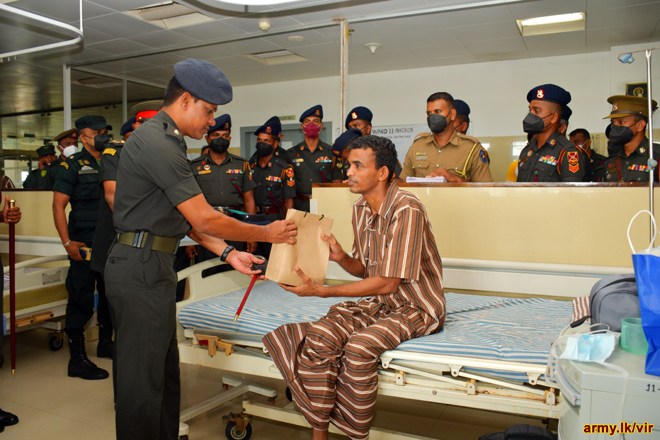 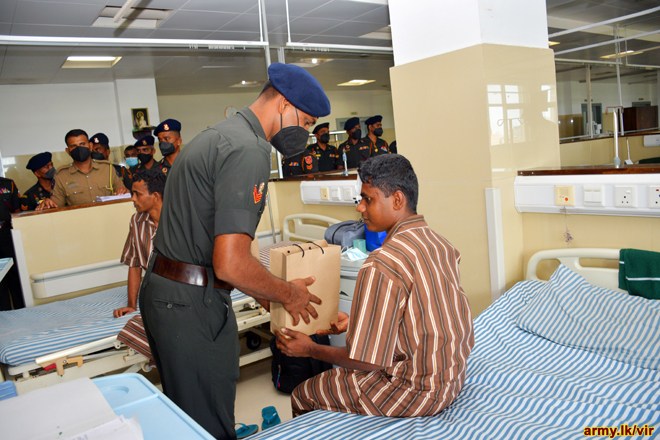 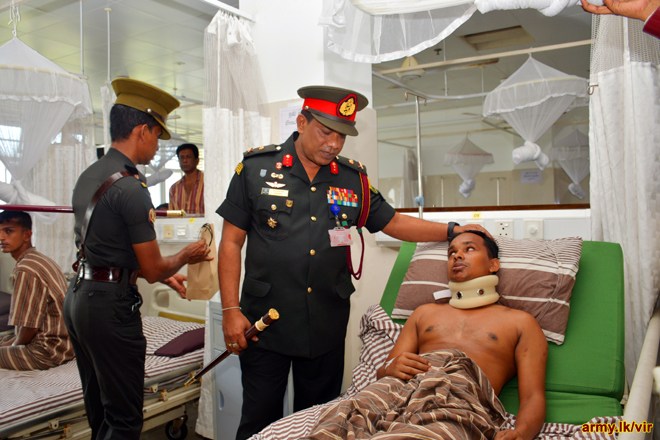 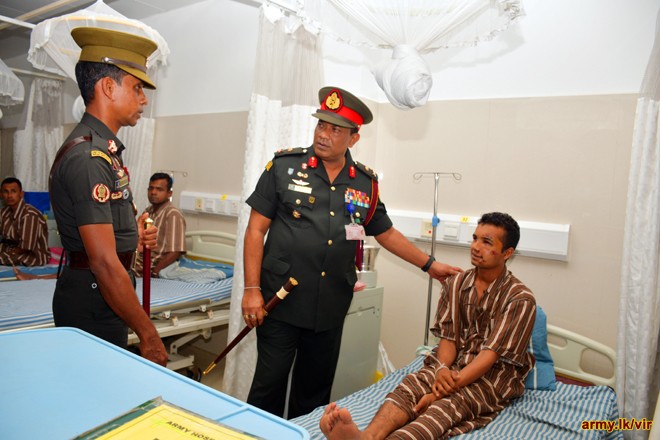 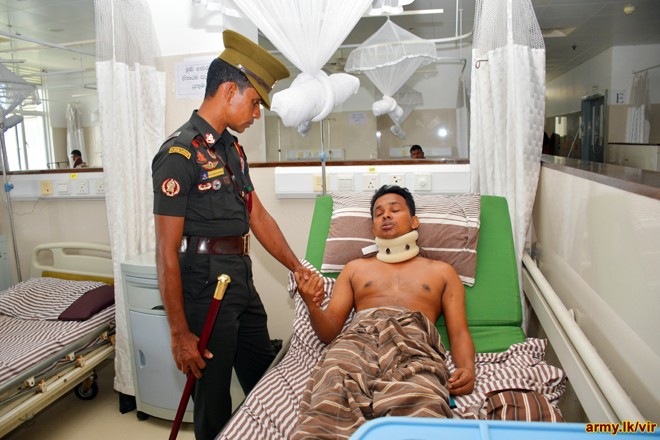 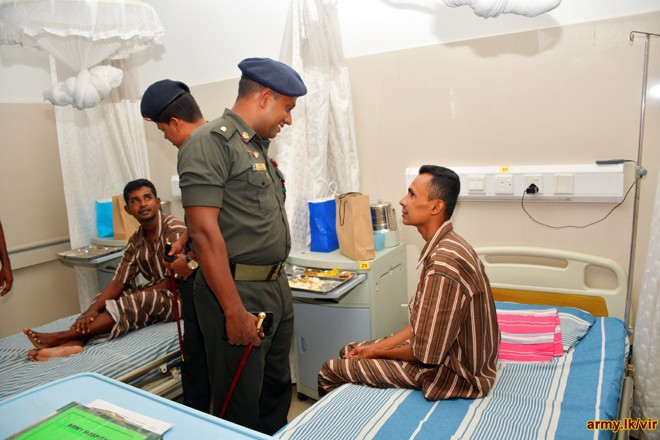 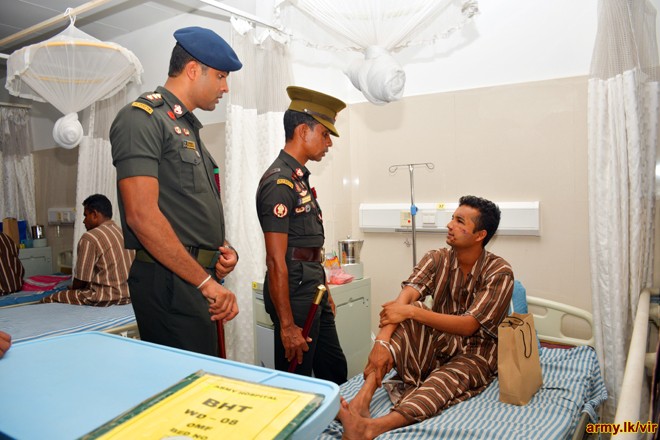 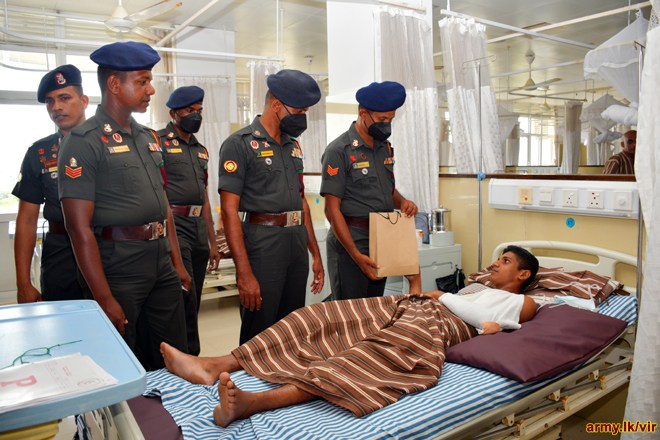 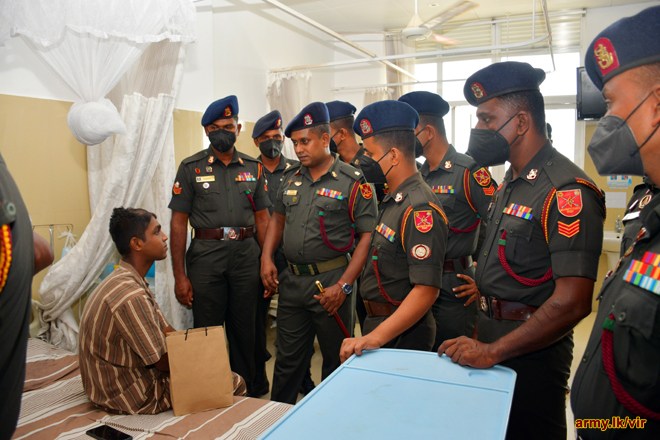 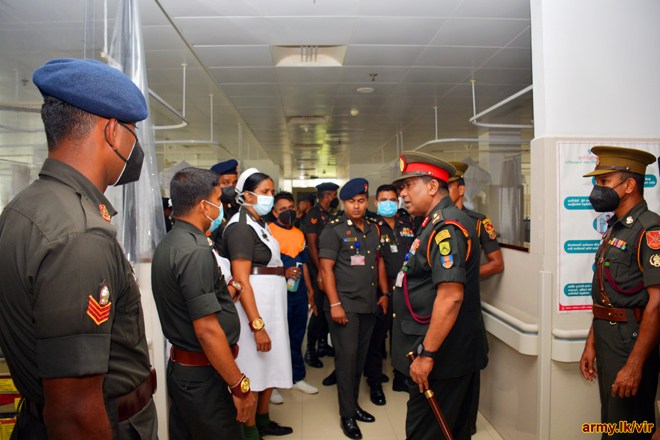