In 1977 when communal violence broke out all over the country, personnel of the Battalion were posted to Norton Bridge, Maskeliya, Pussellawa, Galaha, Madolkele, Nattaranpotha, Polgolla, Wattegama, Theldeniya and Bokkawala to assist in controlling the situation. In 1979 too, when the 'General Strike' was in full swing personnel of the Battalion were deployed to provide security to the Kirimatiyakanda Communication tower and to the Randenigala, Polgolla, Ukuwela and Rantambe reservoirs.

Lieutenant Colonel CN Panabokke ended his tenure as the Commanding Officer on 30thApril 1979. Under his command the Battalion was twice able to win the 'Sir John Kotelawala Challenge Trophy' for the best Battalion of the Sri Lanka Volunteer Force.

In 1983 once again communal violence broke out and rapidly spread all over the country and troops of the Battalion were deployed in Palali, Vavuniya, Elephant Pass, Jaffna, Randenigala, Kothmale, Diyathalawa, Maduruoya and Minneriya.

On 1stNovember 1985, Lieutenant Colonel OB Kulasinha assumed duties as Commanding Officer. Once again an insurrection was launched by the JVP and caused wide spread destruction in many parts of the country. This called for the deployment of troops to maintain law & order. Thus, troops of the battalion were deployed in Kandy, Badulla and Matale Districts. The insurrection ended in 1989. The escalating activity by the separatist terrorists in the North and the East of the country required additional troops to be deployed in the said areas. Thus all troops of the Battalion were re-deployed in Vavuniya under command to the No.2 Division, to be pitched against the LTTE terrorist.

In 1990 the 'Guard of Honour' presented to HE the President of the country Ransinghe Premadasa at the opening ceremony of the 'Gam Udawa' exhibition held in Pallekele was by the troops of the Battalion. 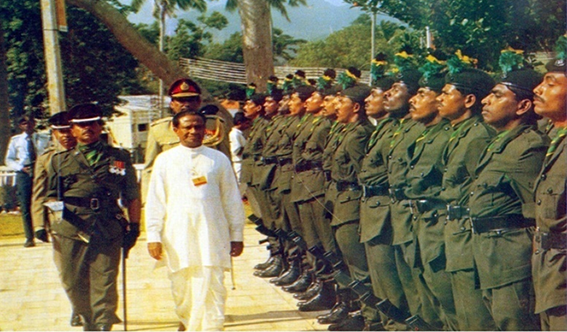 In 1993, troops of the Battalion were engaged in 'Operation Black Fox'. The successful completion of the operation resulted in the recapture of a large extent of land previously controlled by the terrorist. Significantly, the Battalion did not suffer and deaths or injuries to its troops.

Having been deployed in Vavuniya area on operational duties for a period of five years from 3rd July 1990 to 23rd March 1995, the Battalion was redeployed to Pooneryn. The experience in battle thus gained by the Battalion as a whole had by now transformed the Battalion into a truly battle hardened Battalion.

The 40th Anniversarycelebrations were held on 1st October 1996 at Kandy with General Anuruddha Ratwatte at the time the Minister of Irrigation, Power and Energy and the Deputy Minister of Defence gracing the occasion as the Chief Guest who incidentally who had previously served in the Battalion previously. 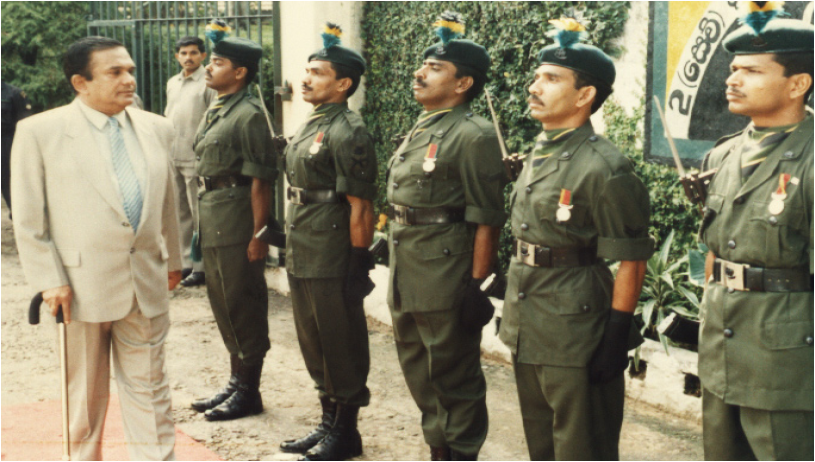