The Sri Lanka Army Volunteer Force conducted a brief ceremony to award a laptop as the second phase of awarding incentives for son of retired Warrant Officer 1 H P C Senevirathne belongs to 1 Sri Lanka National Guards, who have excelled in GCE A/L by marking among the first ten in Kegalle district and received admission to Medical Faculty, University of Peradeniya at SLAVF today (26 April 2022).

Mr.Peshala Edirisooriya acting Director of Industrial Safety Equipment Company has taken an initiative to sponsor for the laptop at the invitation of the Colonel Logistics, Colonel N Mahawithana KSP under the guidance of Major General C D Weerasuriya RWP RSP ndu, the Commandant SLAVF, and this occasion was witnessed by senior officers and staff of the SLAVF, Managers of Industrial Safety Equipment Company, Mr Nihal Bandara and Mr. Tharaka Sanjeewa and parents of the medical student.

In addition to award a laptop, he was awarded a scholarship as the first phase of awarding incentives by the Commandant, SLAVF on 6 April 2022 and the Commandant and all staff of SLAVF wish him to success his future endeavors. 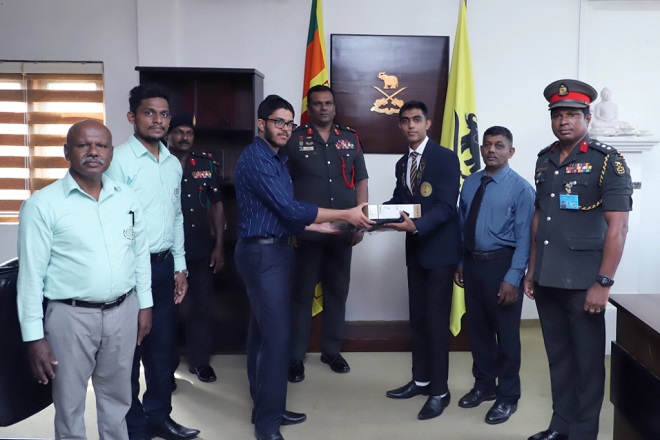 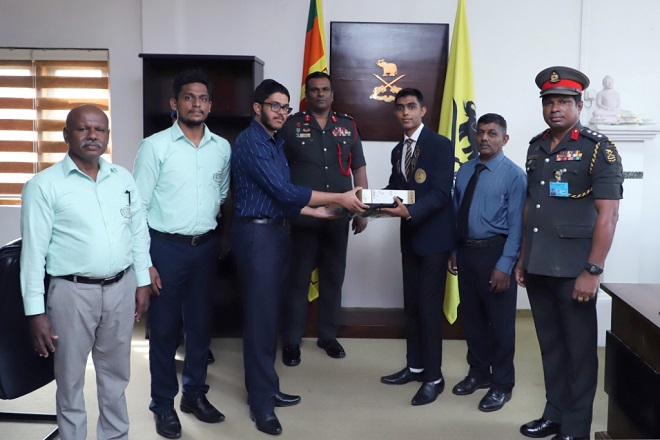 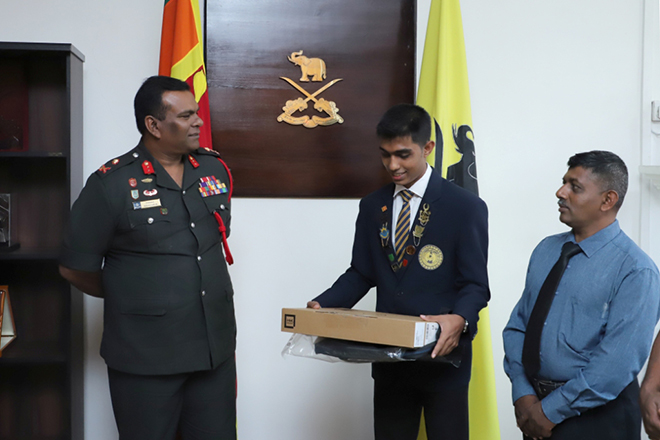 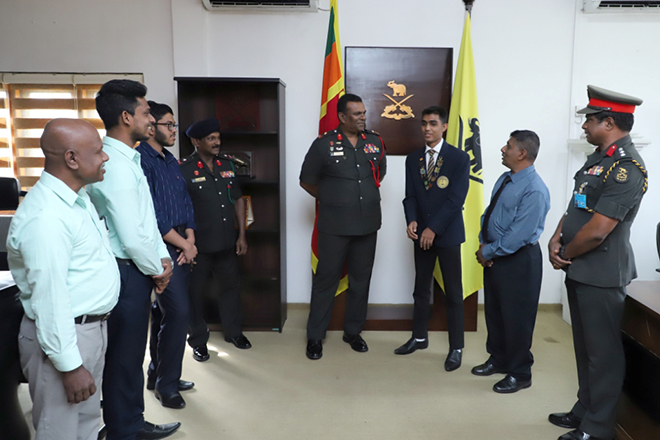 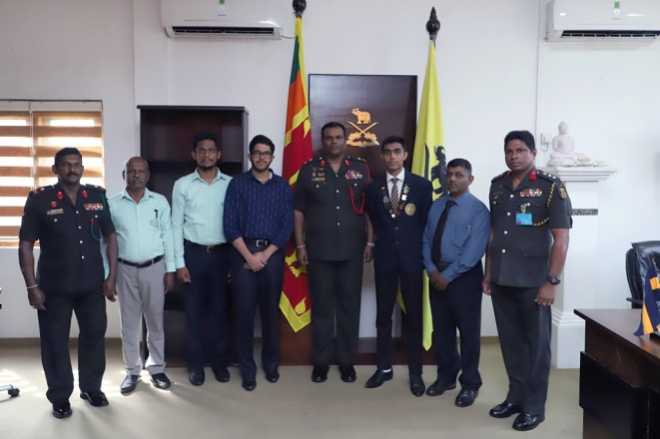