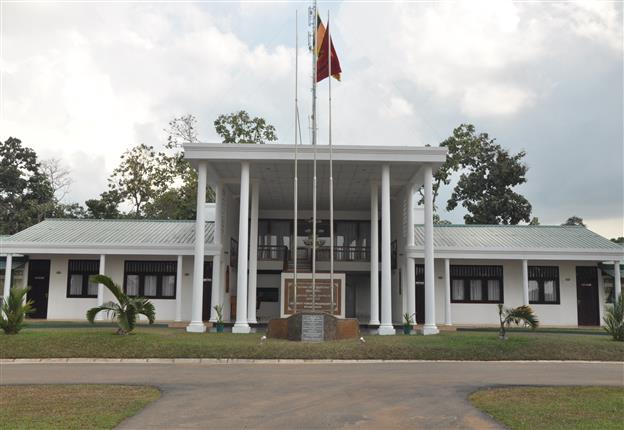 Security Force KILINOCHCHI was raised on 29 June 2009 with the objective of restoring peace and normalcy in the area in order to assist the rebuilding of Kilinochchi district. The headquarter complex was established in KILINOCHCHI town and subsequently shifted to present location in the vicinity of famous IRANAMADU tank.

Formations and units deployed under Security Force KILINOCHCHI play a vital role towards Rehabilitation, Reintegration, Reconstruction, Resettlement and Reconciliation (5R) process. This institution pioneered numerous exceptional projects and programmes to uplift living standard of all the communities in KILINOCHCHI while assisting peace building efforts in order to ensure equity, ethnic harmony, social, cultural and religious development among all communities to live together as one nation.