The sanitary facility complexes were constructed at Nagendra Vidyalaya in Poliyanpokkane Grama Niladari Division and Thambirasa Primary School in Punnaniravi Grama Niladari Division of which the level of infrastructural facilities were below the standard. Troops of 1 SLSR and 14 SLNG extended their assistance by means of providing the labour. They were technically supervised by the Garrison Engineering Section of 57 Division.

The Commander Security Force Kilinochchi handed over the sanitary facility complexes to the students of schools on 09 May 2019. The General Officer Commanding of 57 Division, Brigadier A S Hewawitharana RSP USP ndc IG, the Commanders of 572 and 573 Brigades also participated in the occasion. Rs 550,000.00 were spent for constructing the sanitary facility complexes and the financial assistance was provided by a donor Dr. Sukumar Nagendran residing in the United States of America on the request made by the Commander, Security Forces Kilinochchi. 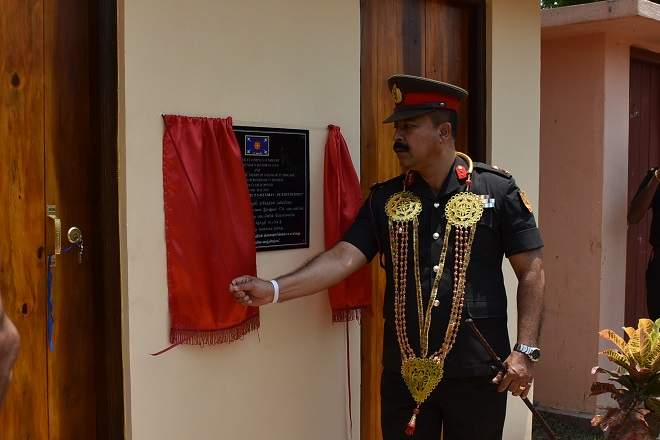 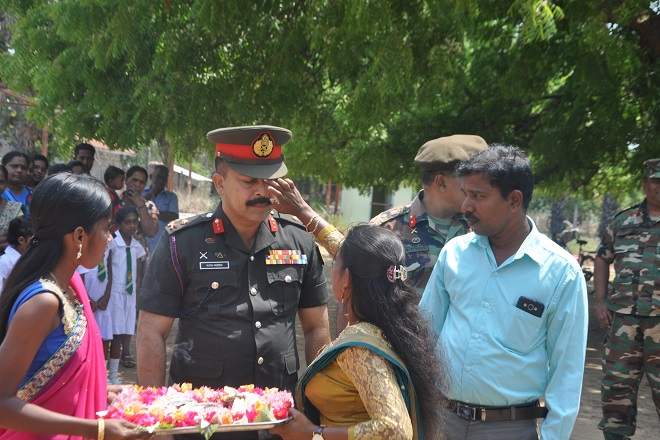 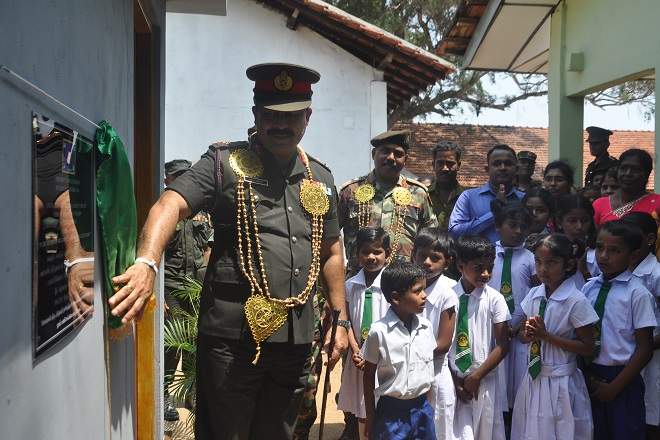 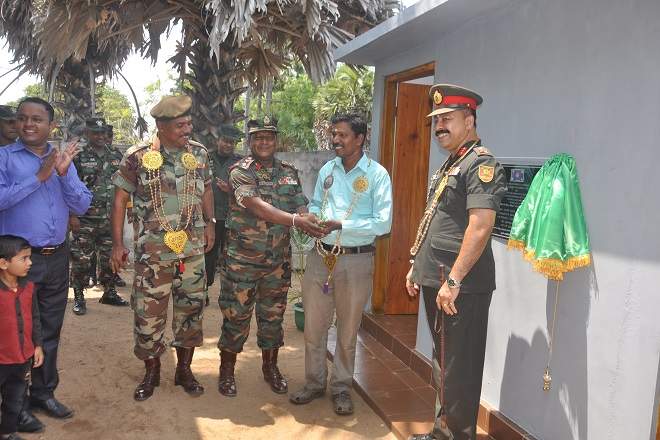 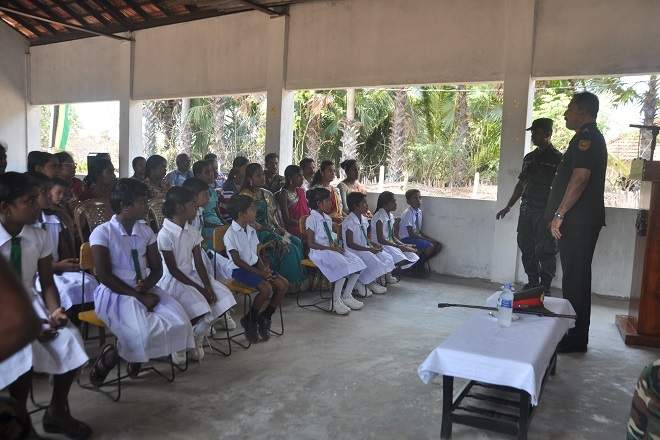 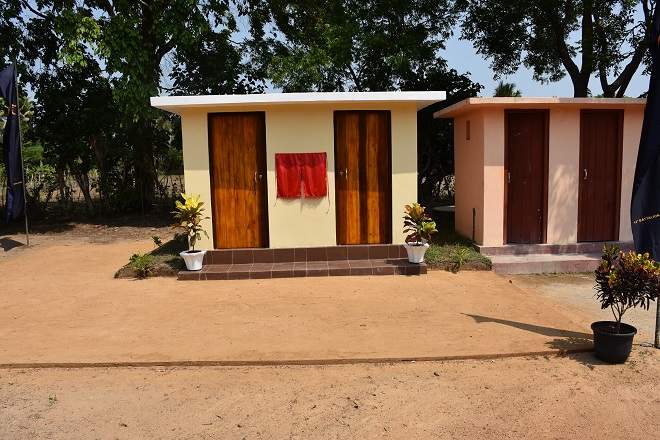 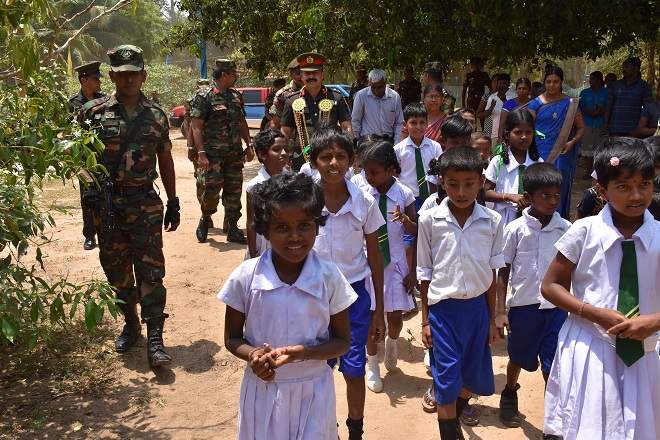 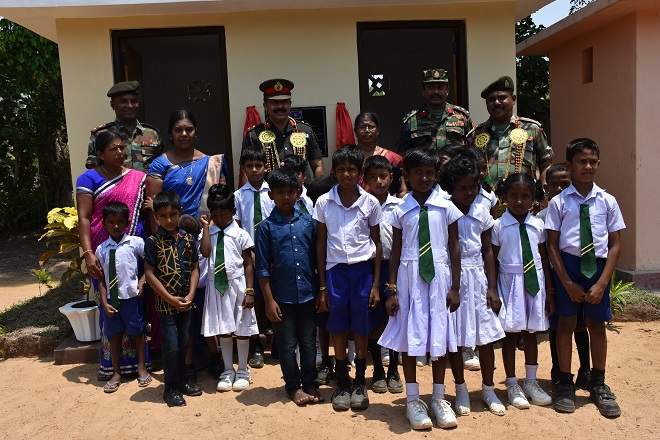