WOI PAN Madumali was born in 20 October 1987 and she was a brilliant student of Tissa National College, Katupotha and she was an outstanding character in the college who amply illustrated her talents and skills in various streams. She was enlisted to the Sri Lanka Army Regular Force on 18 May 2007 and followed a Basic Recruit Training Course at Boossa Training School. Then she was posted to 1st Battalion of Sri Lanka Army Women’s Corps.

During her 15 years of service she has held various appointments such as Drill Instructor of 1 SLAWC and Regimental Sergeant Major of 1 SLAWC. 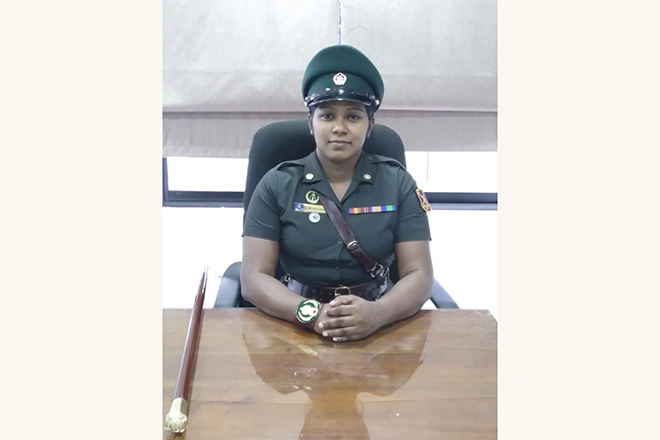