To symbolize the remarkable success and unprecedented achievements made by the respective formations of the army (Security Forces) during Wanni Humanitarian Operation that brought about peace to the entire country, a special victory monument was erected at PUTHUKKUDIYIRIPPU.

The pond around the main statue signifies the blue ocean that surround the island and the national flower lily which blossoms in it, symbolizes our great nation. Natural granite boulders, laden at its base depict the mother earth, replete with natural resources. The lions standing at all four corners of the base represent the warriors who defended the motherland from invaders who tried to conquer this island-nation. In short, those lions immortalize the firm resolve to safeguard the sovereignty of this land from external adversaries. The jubilant soldier who appeared from the ground holding a weapon signifies his emergence of valiant heroic troops as defenders of the nation. The national flag reaching the sky depicts the emancipation and dignified pride of the country. The pigeon taking wings symbolizes conspicuous peace brought to the nation. The Monument was ceremonially unveiled to the nation by His Excellency, the President Mahinda Rajapaksha, Commander- in- Chief of the Armed Forces.

Wadduwakal Causeway is an important segment of A 35 road which connects Mullaittivu with Puthukudiyirippu. A part of this had been destroyed by terrorists during the Humanitarian Operations to stall the advance of the Army towards Puthukudiyirippu.

The area contains the end of the 14 km long terrorist Ditch cum Bund (DcB) which annexed to the No Fire Zone (NFZ) from the rest of the area. Ruthless terrorists were adamant in holding fleeing civilians as a ‘human shield’ with the intention of discrediting the Army. The motive was meant to provoke local and international pro-terrorist groups and project Sri Lankan Army soldiers as ‘killers’ of innocent civilians, primarily restricted to the NFZ. However, with the Army’s excellent command and prudent planning of the entire rescue operation, gallant soldiers of the great Army were able to conduct themselves stealthily across the lagoon from both West and East by dislodging the terrorist, from the shoulders of this Lagoon bank without harming any of the innocent civilians. This causeway has earned a name for itself by making a significant feature in the history of Counterterrorist Operations in the world, as it rescued approximately 100,000 innocent civilians from the clutches of terrorists during the last stages of the Humanitarian Operation. 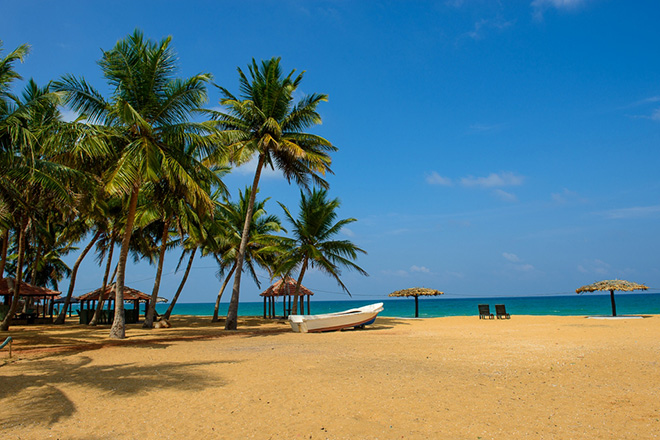 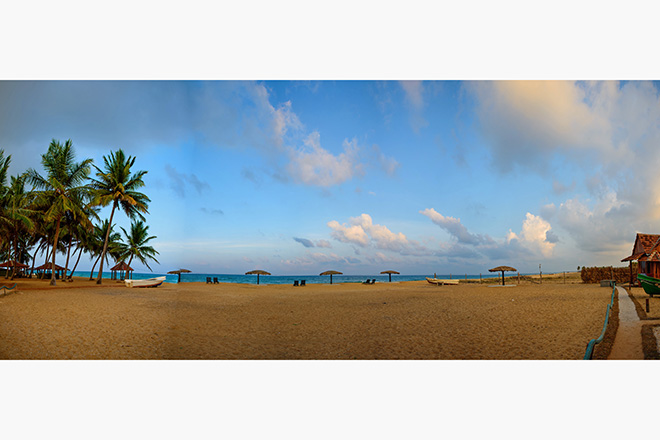 Alamphil Beach is located in northern province of the Island. It is one of the most beautiful beaches in Sri Lanka renowned for its soft white sand and breath-taking bays and mesmerising sunrise.
One of the finest beaches in Sri lanka, the pearly sands, the breath-taking coastline this is a tangible proof of serenity in our island. It is so unique that the feeling you experience when you see it, is unique itself. One can really connect with nature at this beach at an intense level. This is a place where most people come to take a break from the hectic lives and to rejuvenate. 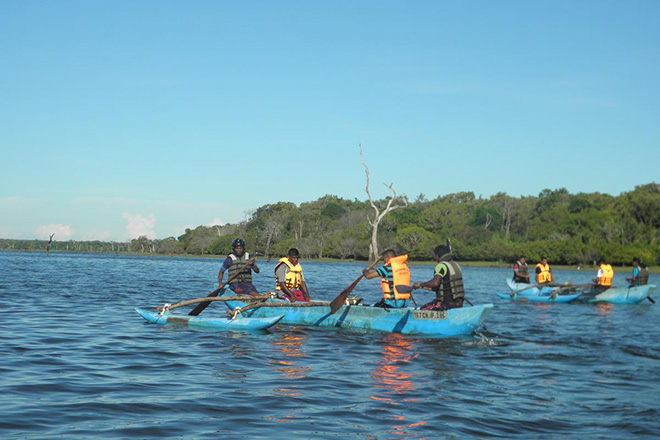 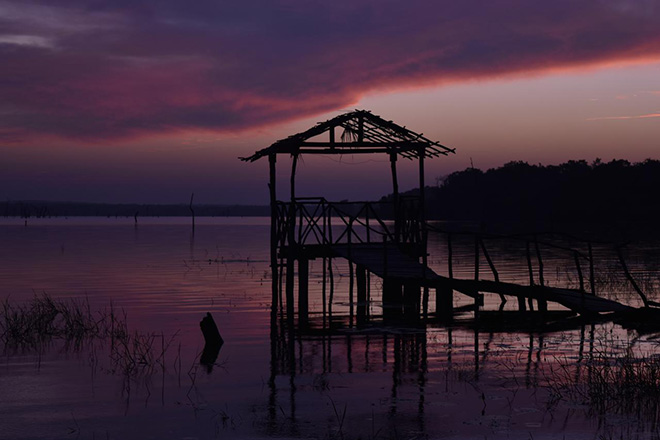 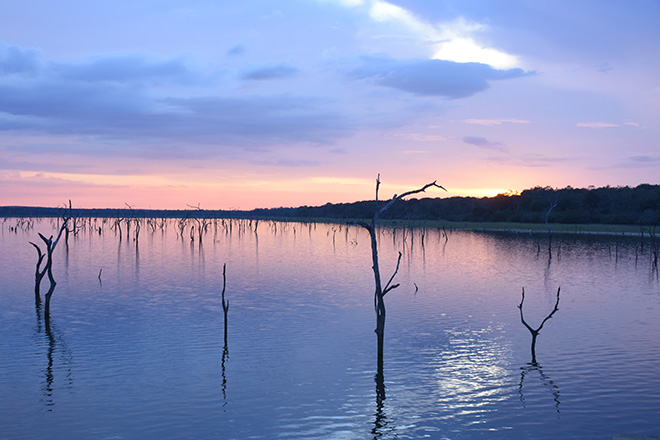 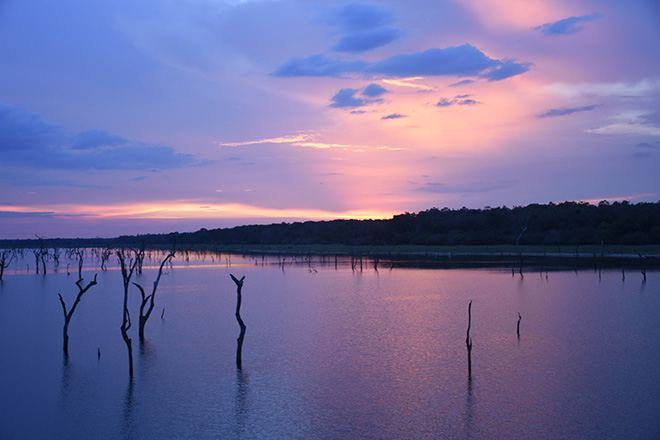 Mullaittivu is exposed to tourism now which was under LTTE control for so many decades. Mullaittivu is geographically situated in North of Trincomalee which is one and a half hours drive along beautiful scenic coastal belt passing world famous Nilaveli coral reef.
Mathawalasinhakulam lake is a lovely place with boating, bird watching, butterfly watching, nature, cycling jungle trekking and some out bound activities. 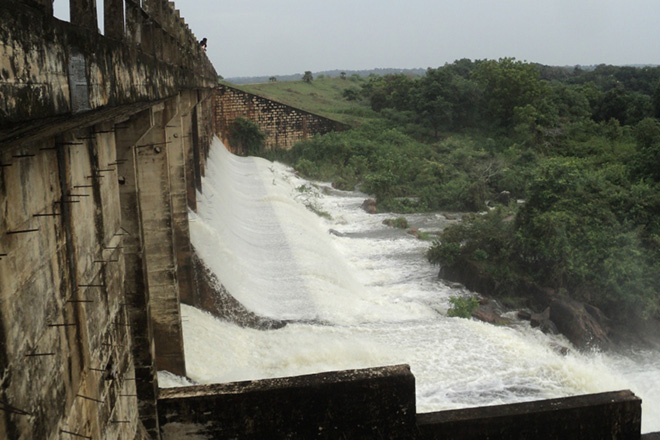 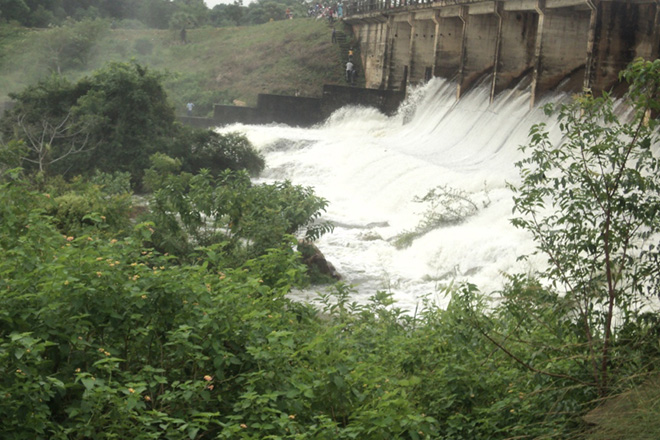 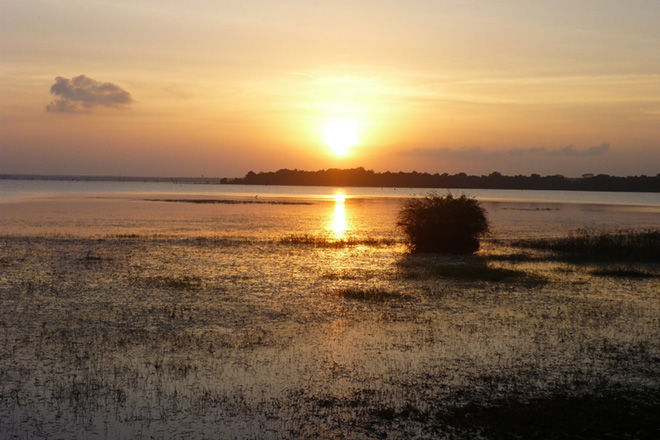 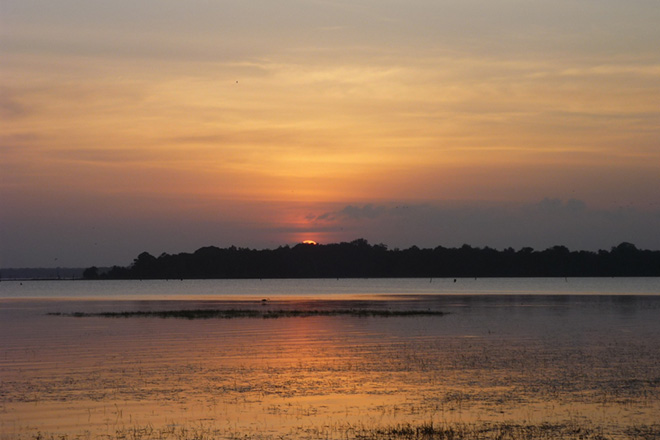 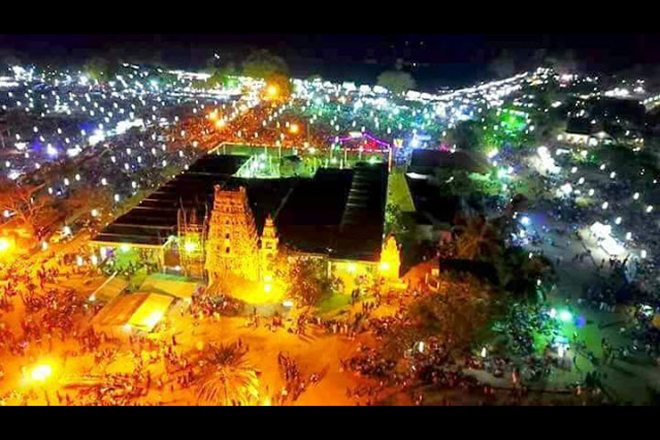 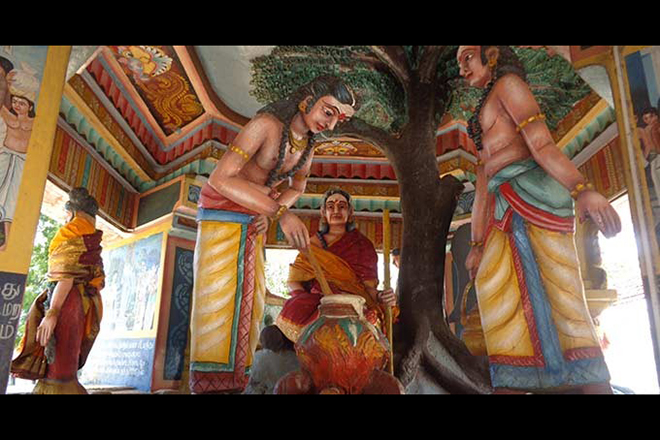 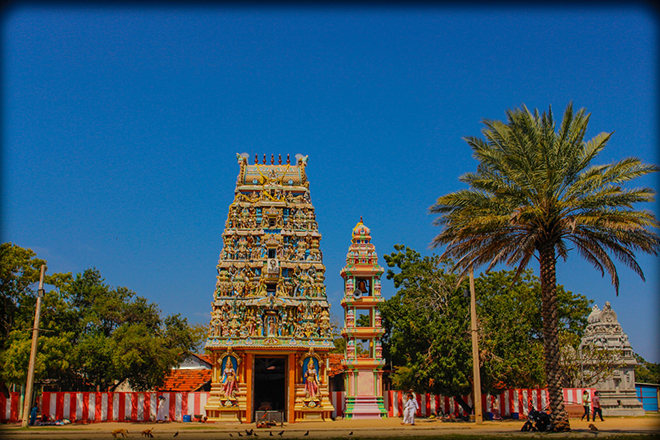 A kovil dedicated to Goddess Kannakki Amman.
Situated in Mullaitivu, Vattappalai Kannakki Amman Temple is dedicated to Goddess Kannakki Amma. According to Karna legend, Kannaki from Madurai arrived in Sri Lanka and rested in ten different places. The tenth place she visited was named Paththam-Palai (Paththam – tenth, Palai – residence). Over time the name evolved to Vattappalai. Vattapalai Amman is believed to be a deity of myths, mysteries and miracles. Vaikasi Visakam Pongal Thiruvilla is the main festival, which is held in May.