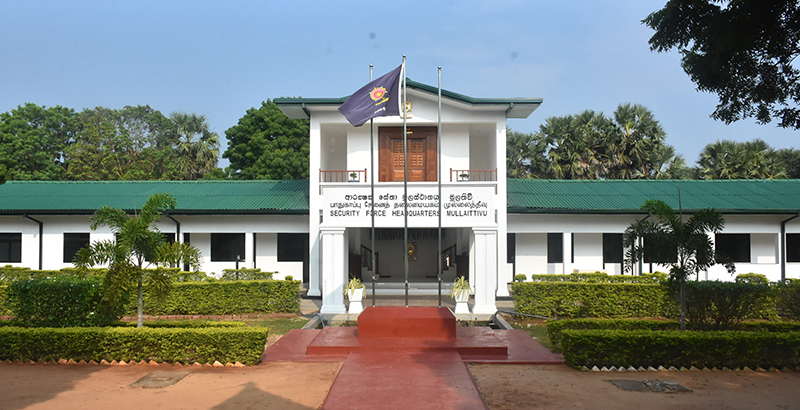 With the termination of the Humanitarian Operation, the Security Force Headquarters Mullaittivu was established in Mullaittivu area with the view to achieve the following purposes. They are, to strengthen the security of the area, to facilitate of the resettlement of the displaced civilians, to rehabilitate the combatants, to assist the government for the development projects, to assist the government for rebuilding the infrastructure facilities and houses which were destroyed due to war and to win the hearts and minds of the people who are living in the area.

SFHQ (MLT)’s main office building was declared open by the Commander of the Army on 8th December 2009 in a beautiful landscape adjoined to the Nandikadal lagoon.

At the inception of the SFHQ (MLT) it consisted with two Divisions, two Task Forces and an area headquarter. Under command to the above headquarters, there were 16 Brigades and their respective units. Those units played vital role under guidance of the SFHQ (MLT) to uplift the standards of the people and to maintain the security to achieve a lasting peace in the AOR..