With the noble intention of raising income among poverty-hit families and providing them with alternative food supplements, 64 Division troops on the guidance given by Major General W.D.C.K Costa, General Officer Commanding (GOC), 64 Division distributed 500 coconut saplings among 250 families in Mullaittivu area on Thursday (5).

Organized at Soosaiappar Church in Kulamurippu, Mullaittivu, the distribution was carried out by the GOC, together with several Officers and Other Ranks.

Scientific researches have confirmed that the northern soil is quite suitable for cultivation of coconut saplings. 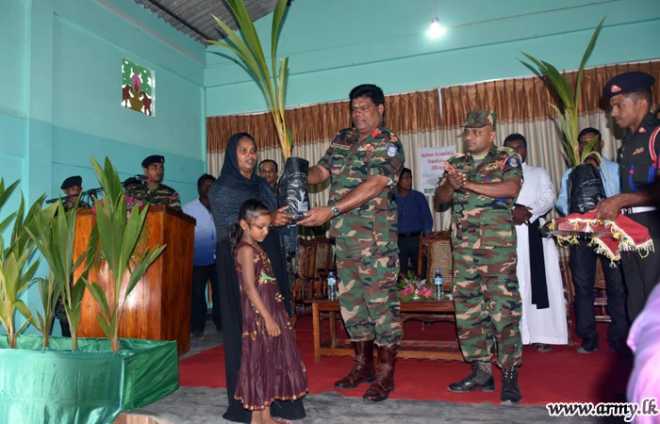 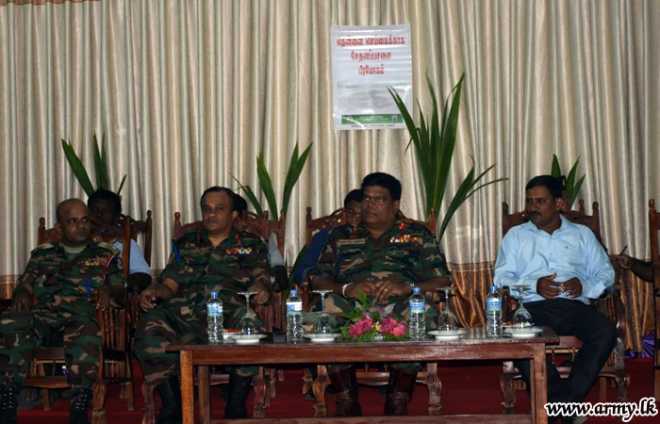 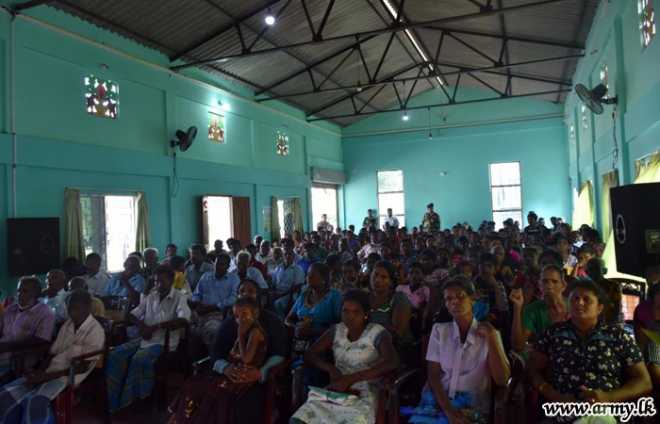 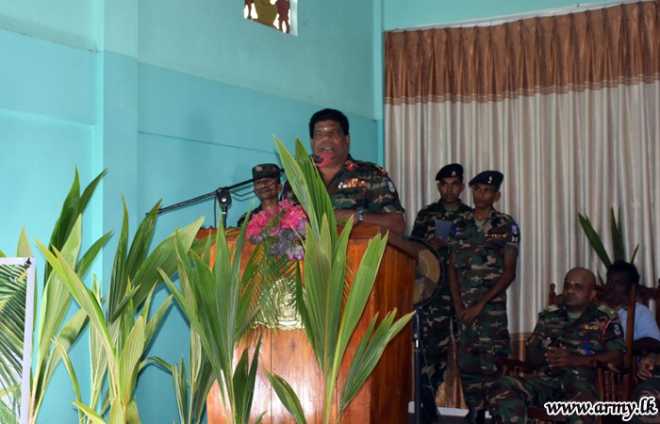 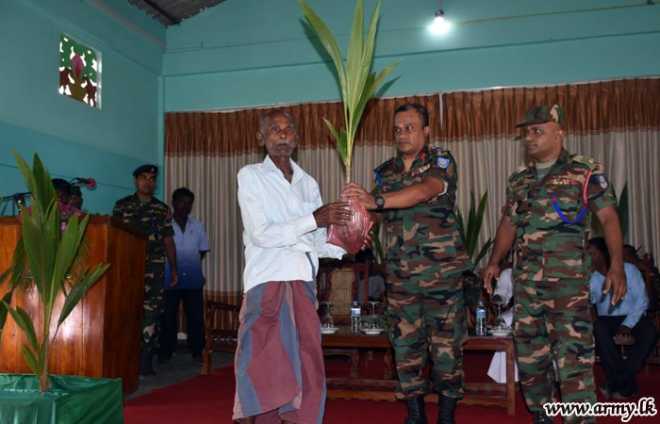 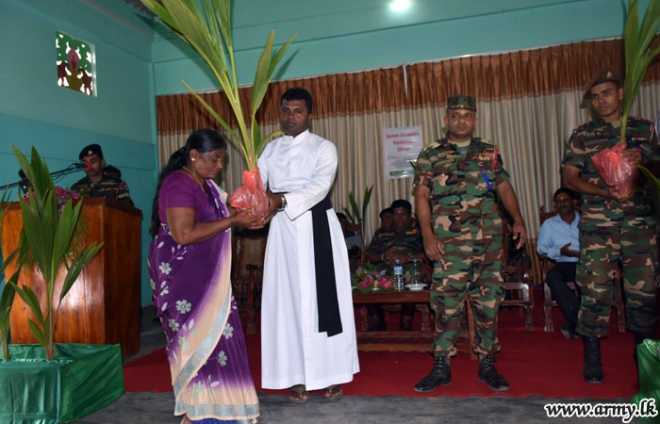 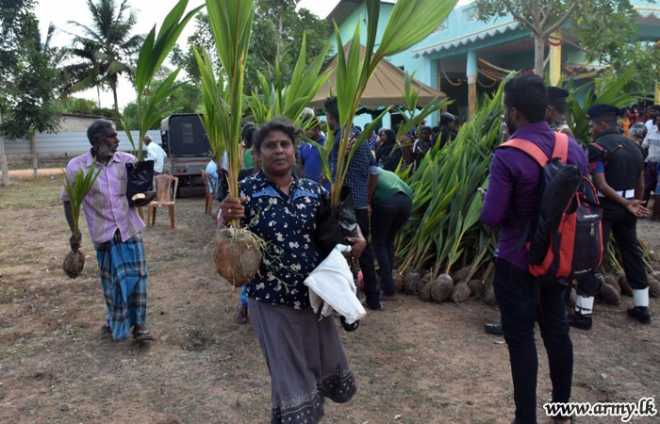