7 Gemunu Watch (7 GW) troops of the 681 Brigade under the 68 Division of the Security Force Headquarters - Mullaittivu at the request of Kuruwil Tamil Maha Vidyalaya (school) authorities have come forward to assist the construction of a new 20x10 school building with their technical expertise and manpower.

Major General Jagath Rathnayake, Commander Security Forces-Mullaittivu instructed 68 Division Headquarters, commanded by Major General Upali Rajapakshe, General Officer Commanding, 68 Division to cooperate with the project at the request of those school authorities. The building is to be used as the food-serving hall of the school.

The simple foundation-laying ceremony for the new building was attended by Colonel D.R.N Hettiarachchi, Commander 681 Brigade, together with the Civil Affairs Officers of the 68 Division and the 681 Brigade. Major S.W.I.R De Silva, Commanding Officer, 7 GW, principal of the school and a representative of the 'Abhiman' Non-Government Organization.

The NGO has agreed to sponsor the construction of this building. 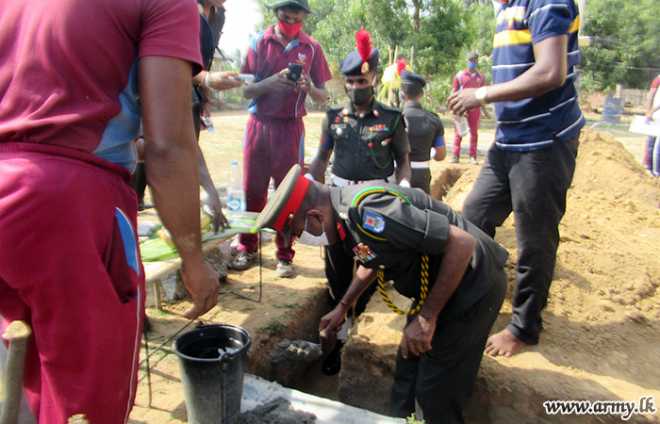 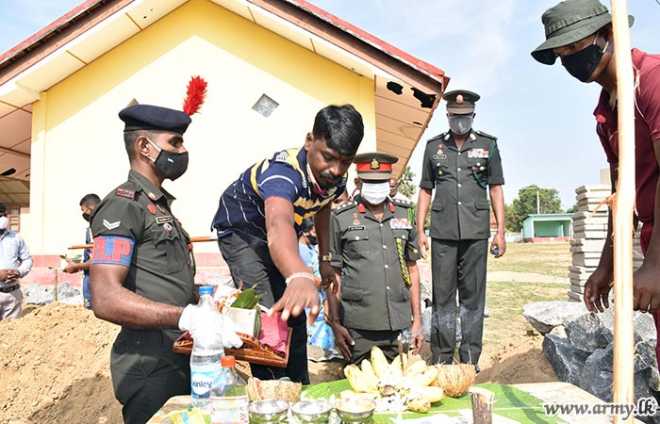