Troops of the 7 Gemunu Watch and 9 Sri Lanka National Guard under the command of the 683 Brigade of the 68 Division in the Security Force-HQ-MLT donated cooked meal packs and desserts to needy families in Nanthikadal area on Thursday (7) on account of Vesak.

Those civilians were undergoing hardships due to prevailing COVID -19 epidemic and imposition of curfew.

For the distribution, 683 Brigade Commander, Commanding officers, officers and other ranks and Public Health Inspectors of the area supported. 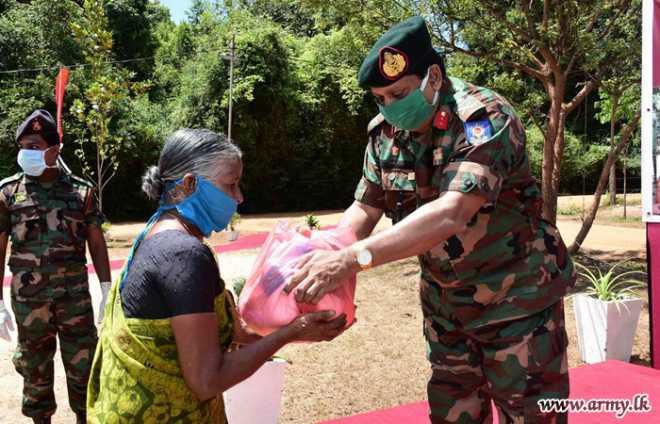 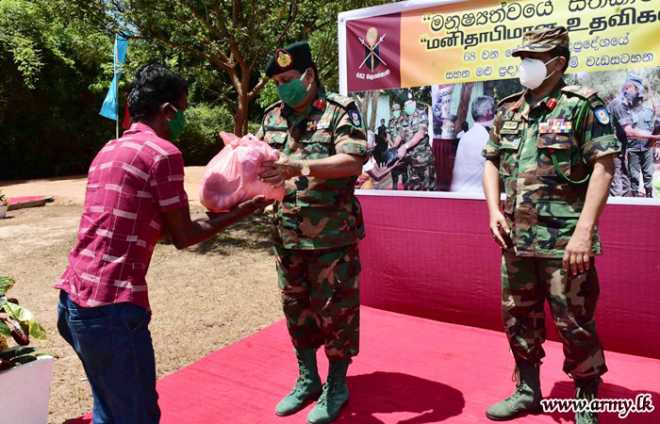 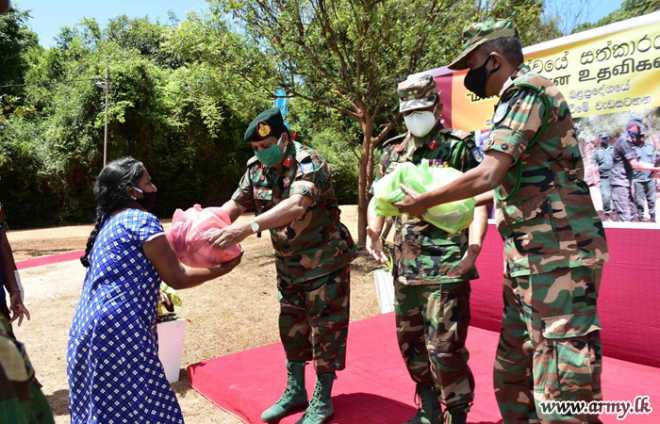 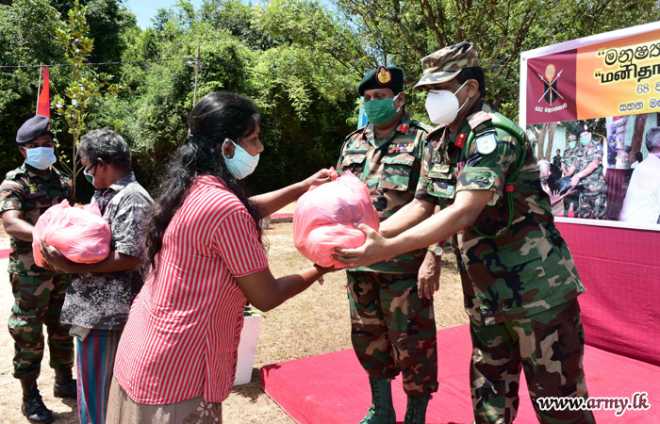 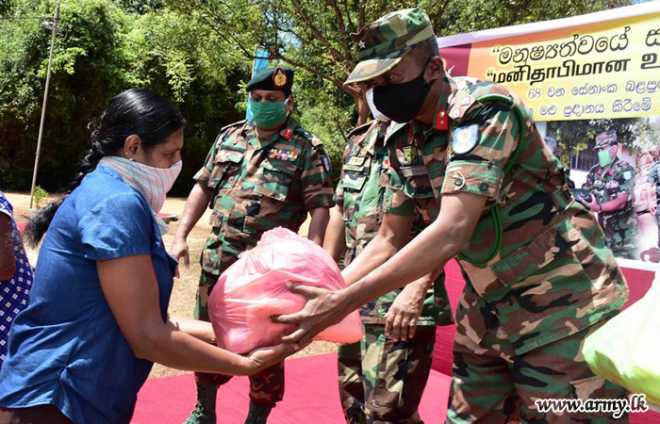 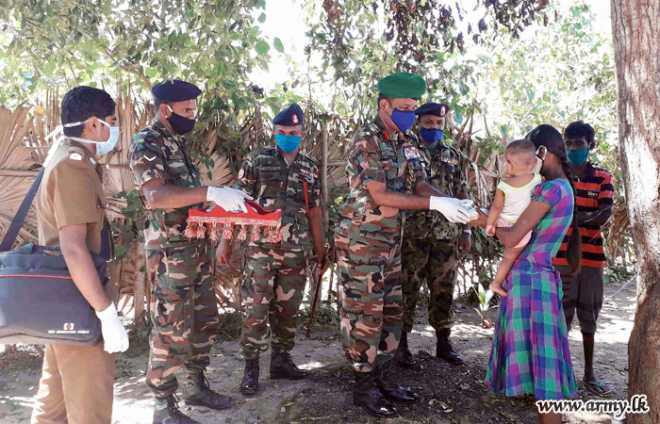 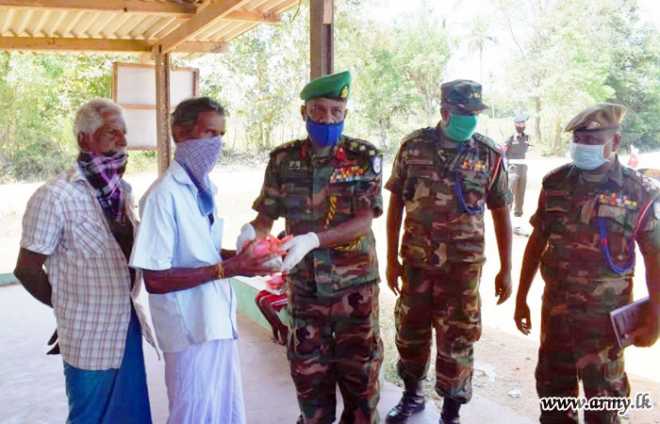 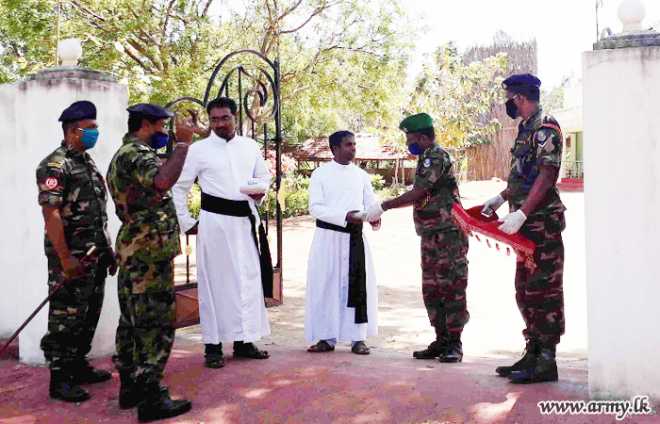 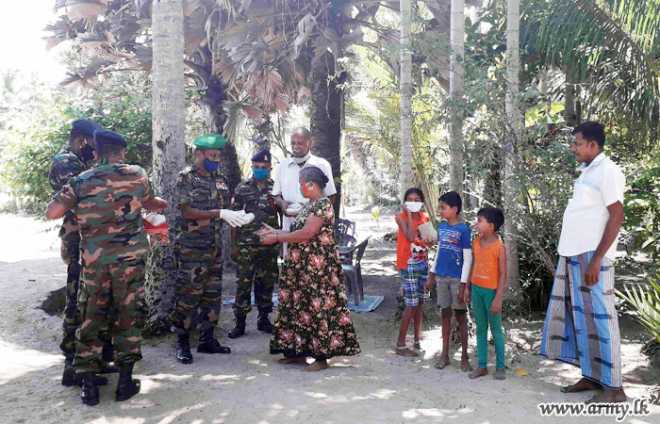 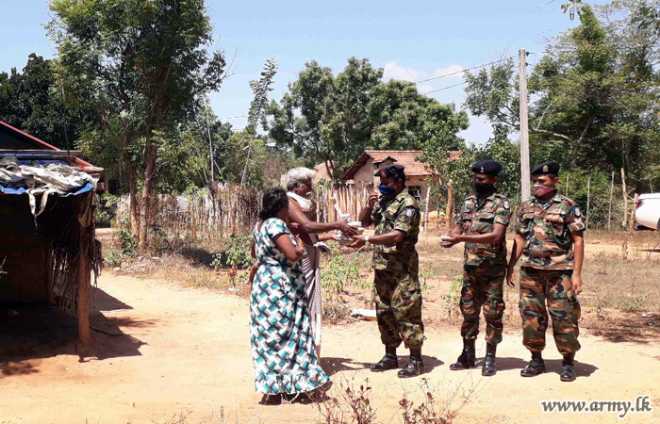