The well-known Philanthropist Mr Mohan Shankar and Mrs Mohan Shankar on account of their son’s birthday came forward to build one more new house for a needy family in the general area of Chemmalai in close collaboration with the 59 Division headquarters of the Security Forces Headquarters - Mullaittivu (SFHQ-MLT).

593 Brigade troops extending their technical skills and manpower, built this house on behalf of Mr Gnanaprakasam Mariyadasam in Tsunami Housing project in Nayaru who has been living with the family under economic hardships.

On the day of the formal housewarming, 59 Division troops on their own on account of the forthcoming 71st Army Anniversary bought a stock of household furniture and essentials to this needy family after collecting cash among the troops. 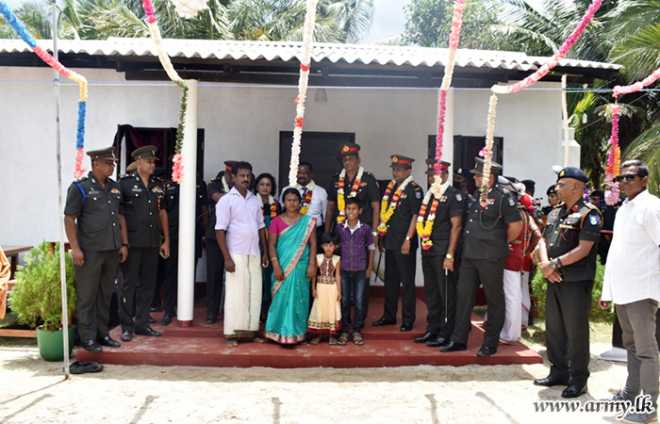 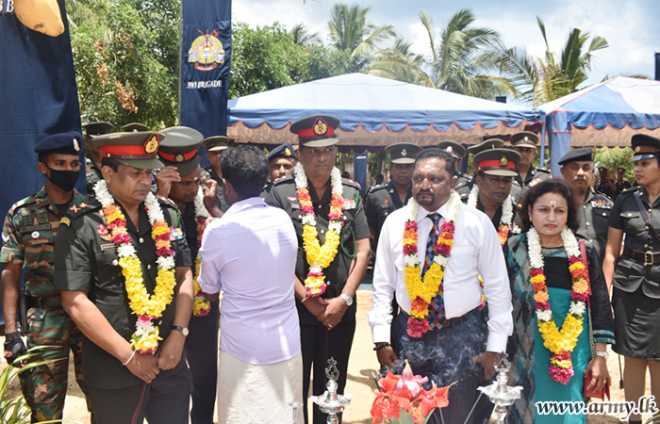 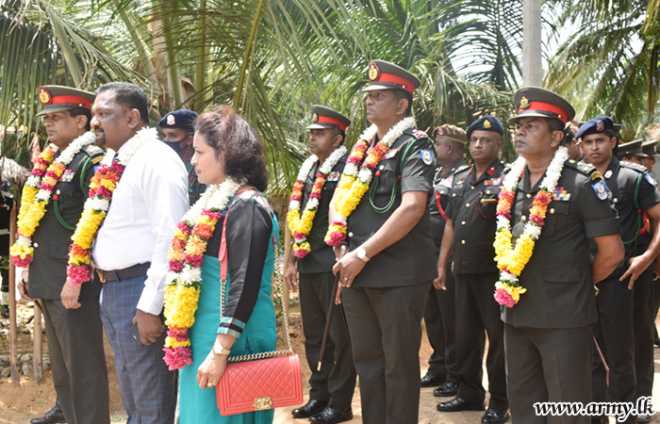 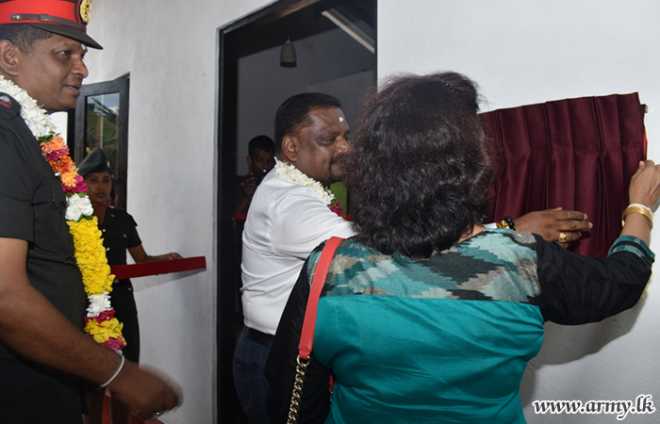 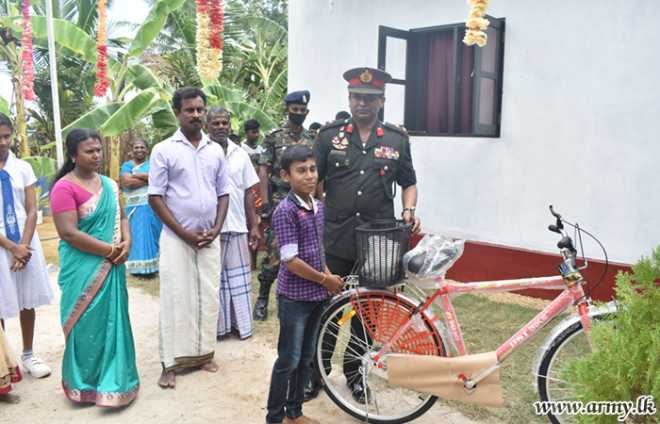 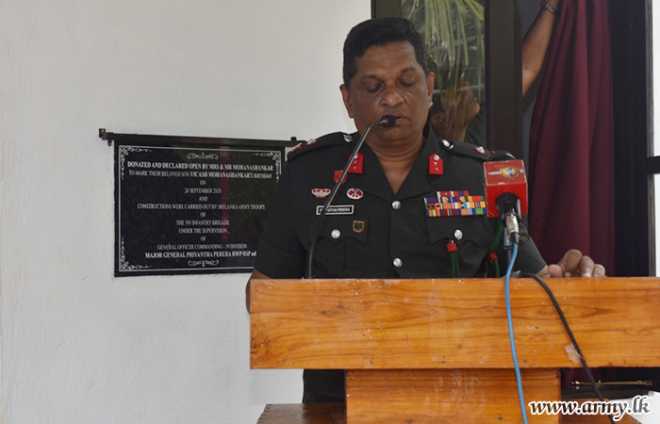 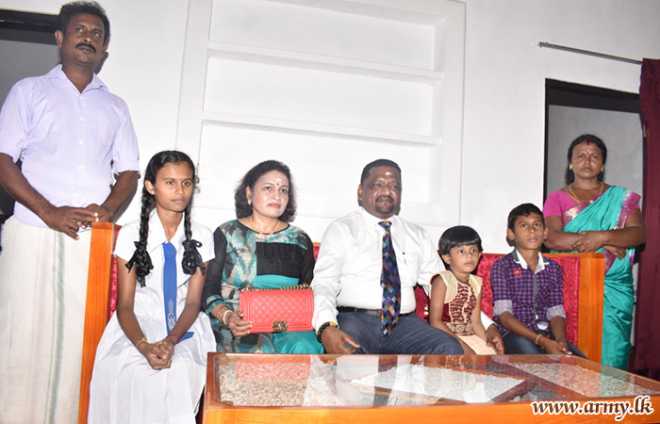 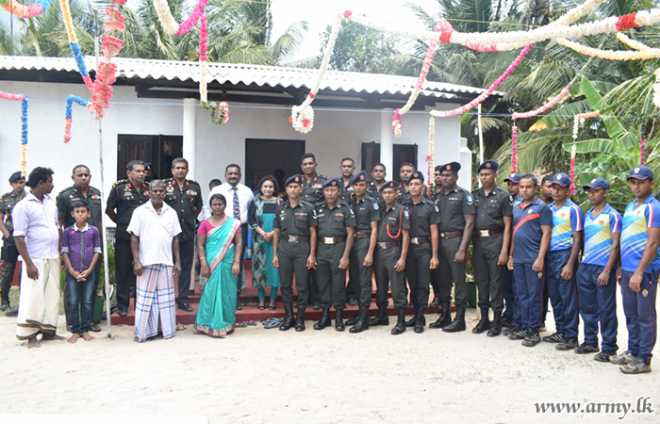 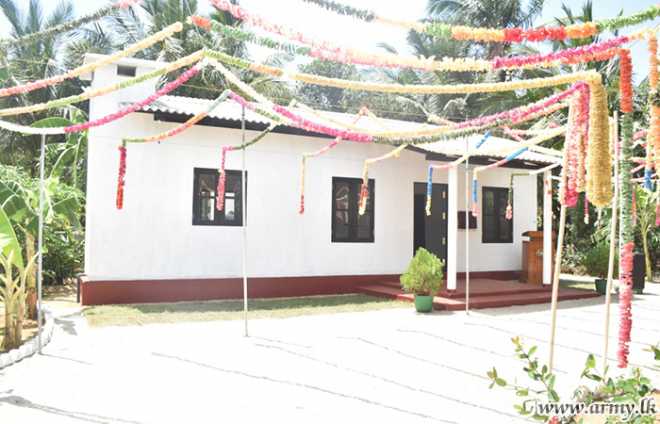