One more round of the Task Force’s weekly meeting at the National Operation Centre for Prevention of COVID-19 Outbreak (NOCPCO) got underway this afternoon (30) at Rajagiriya, headed by General Shavendra Silva, Head NOCPCO, Chief of Defence Staff and Commander of the Army and the Medical Specialist, Dr Asela Gunwardena, Director General of Health Services.

At the outset, General Shavendra Silva summed up developments as regards control measures of COVID-19 across the country in the past few days after continued quarantine curfew and briefed the gathering on the ongoing vaccination project, the status quo of the transmission, control measures and future projections, etc.

"Consequent upon lifting of quarantine curfew after 46 days on Friday (01) morning, new health restrictions are to be released by the DG Health Services on the directions of HE the President as numbers of deaths and infected ones have considerably dropped along with numbers, dependent on oxygen. This development was achieved as a result of restrictions placed on mobility, ongoing vaccination drives, social and public preventive measures, implementation of home-based management system, etc, and after removal of the quarantine curfew, no permission would be given for public gatherings in the next two weeks since it is the conduct of the people that would matter", so said General Shavendra Silva, Head NOCPCO, Chief of Defence Staff and Commander of the Army this afternoon (30) addressing one more Task Force session of the NOCPCO at Battaramulla.

Touching on the ongoing national vaccination programme, he said that over 11.73 mn of the population in the country have been so far vaccinated with five types of vaccines totalling about 31.9 mn of doses, and in the next few days 67.3% of the population will complete receiving the jab. Inter provincial public transport would continue but no train services are to be operated until further notice, he added. "Home-based Patients' Management system through Call 1904 and Dr Call 247 has been proved very effective and let me thank all those who supported this gesture," General Shavendra Silva remarked.

Burials taking place in Ottamawadi and Kinniya areas, new guidelines for overseas travellers and restrictions and guidelines on Sri Lankan expatriates and foreigners coming into Sri Lanka, etc were also among other issues that were taken up by the Head, NOCPCO during the meeting. Similarly, other health experts including the DGHS joined the discussion with Task Force members via the zoom technology at the venue, in addition to the few who attended the occasion physically. 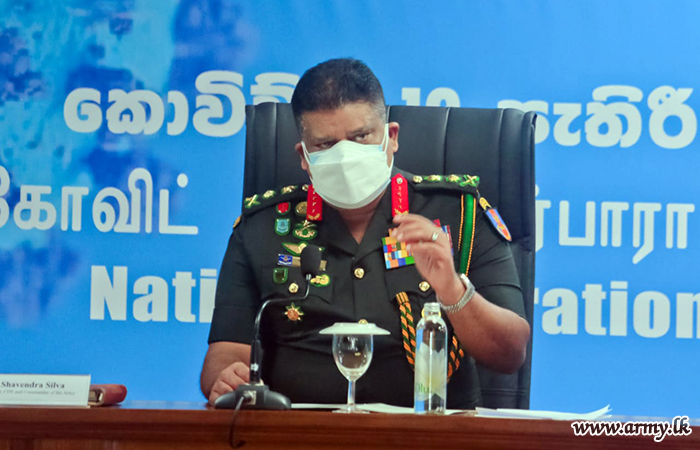 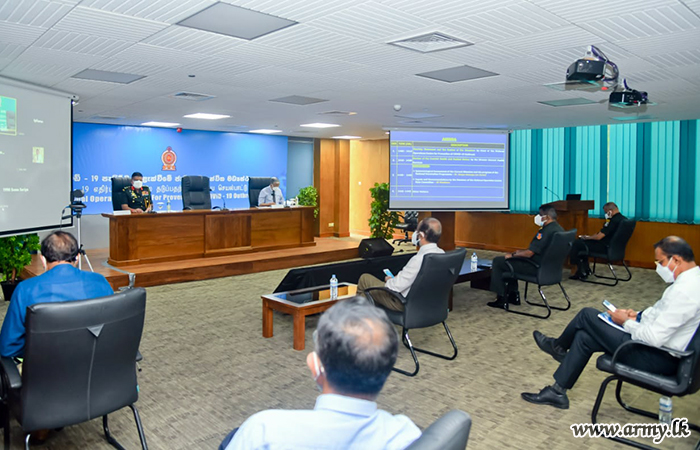 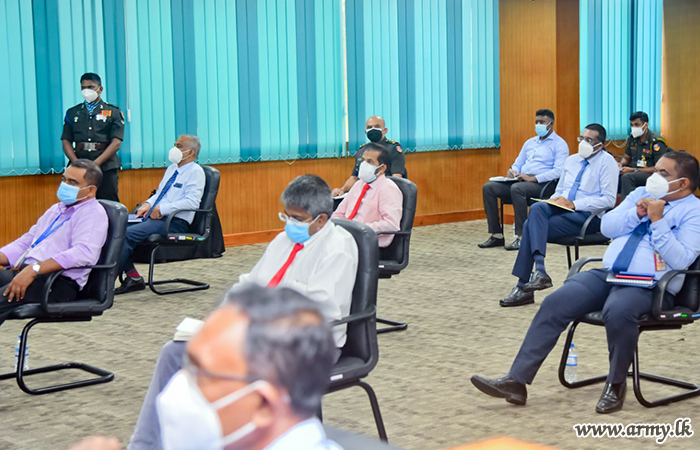 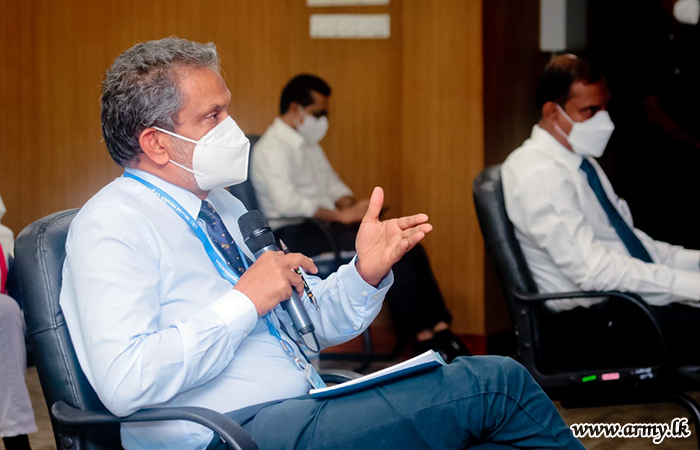 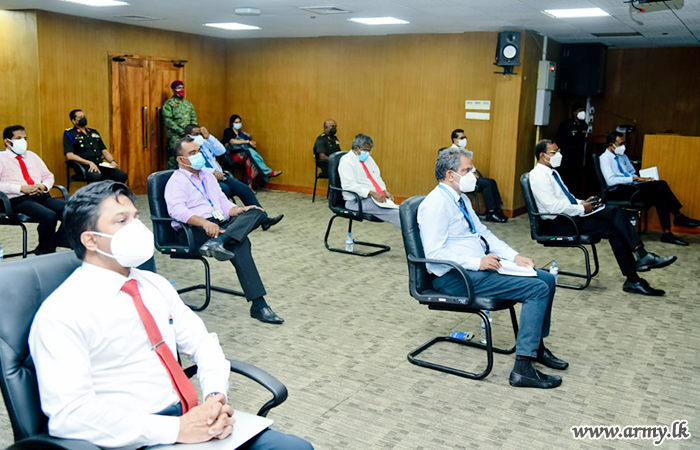 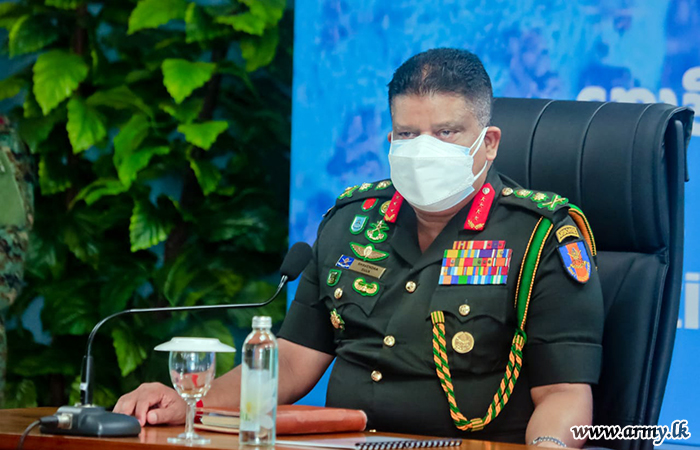 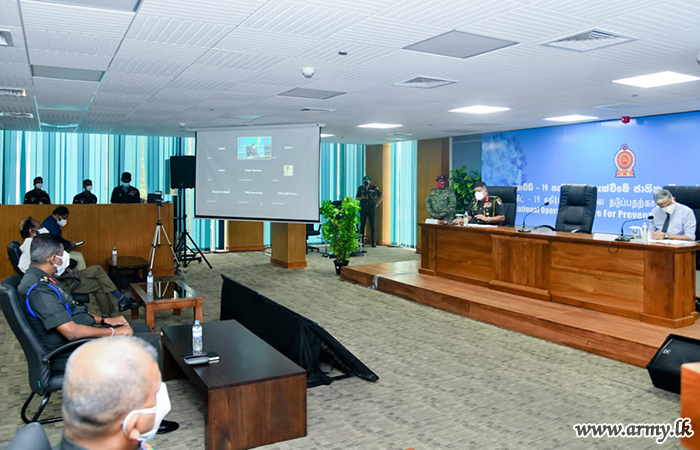 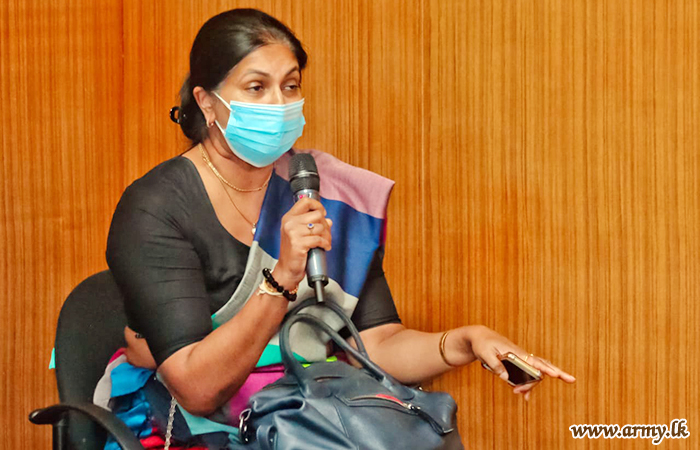 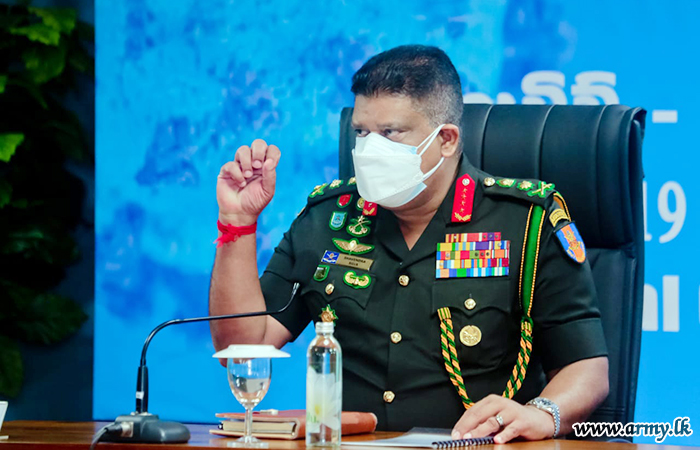 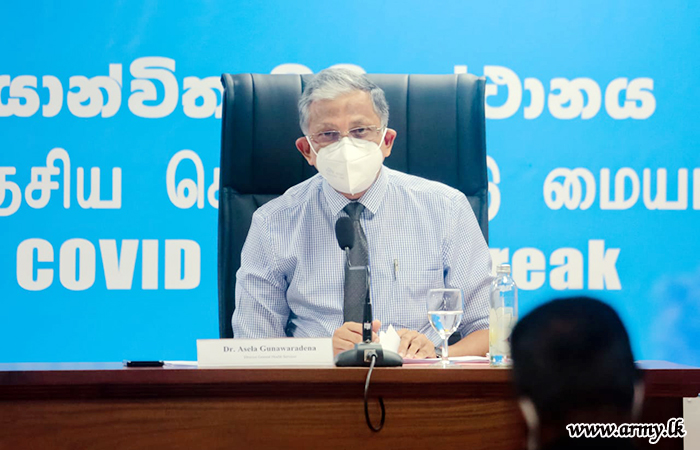