Head, NOCPCO Thanks All for Support for Decrease of COVID-19 Numbers & Deaths

One more session of the NOCPCO Task Force meeting at Rajagiriya got underway this afternoon (22), chaired by General Shavendra Silva, Head, NOCPCO, Chief of Defence Staff and Commander of the Army, together with the Director General of Health Services, Dr Asela Gunawardene and other members in the Task Force.

General Shavendra Silva pointed out the decrease of death rates and the number of infectees as well as the detection of new positive cases. Only the western province records 50-70 positive cases and other districts record less than ten positive cases a day as at present. Due to responsible behaviour and relaxation of restrictions, less and less cases are reported but it is essential for the public to be conscious of health guidelines, recommended although we see an increased movement of aircraft and passengers arriving in the country, compared to the last month.

He thanked all who contributed to this improved condition while managing home-based patients, caring for those in ICCs, the SLMA, Health authorities, etc. He also spoke high of the services, provided by 1906 hotline as well as other support helplines in the control of the epidemic. Let the public go out and enjoy but it is essential to stick to those health guidelines.

"At today's COVID Presidential Task Force meeting, HE the President informed us that the inter provincial movement restrictions will be removed on 31 October, but we have to be cautious. At the same time, the booster vaccine will be given to the frontliners in prioritized sectors, beginning 1st November onwards. Likewise, train services within the provinces will start from 25 October onwards, " he announced.

The meeting also discussed proposed school re-opening on a staggered basis after further discussions with the Ministry of Health and resuming of classes up to Grade 5 in future, ongoing vaccination programme, successful completion of 59 percent of the population, repatriation and arrival of tourists, etc and General Silva thanked all for the immense support given to this national requirement.

DG Health Services and other stakeholders also commented during this session. 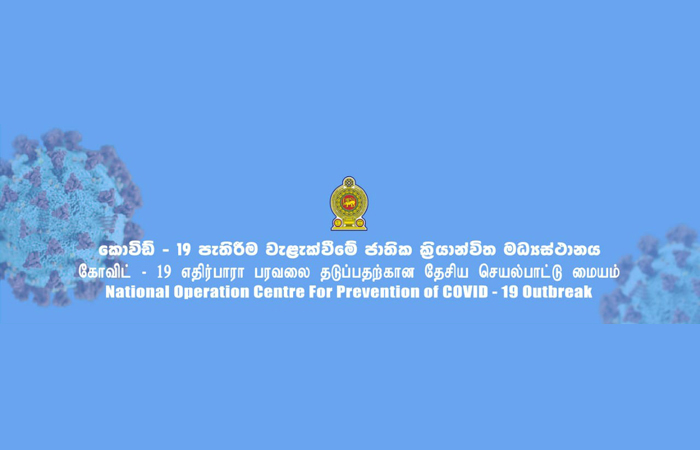